Black entrepreneurs say they hope Canadian companies speaking out against racism are sincere about making change and will commit to sustained action.

They say real action must come after the ads and #BlackoutTuesday

Protests against racism and in support of the black community sparked by the death in police custody of George Floyd in Minneapolis over a week ago continue across the United States and around the world.

The public outcry inspired Nike to produce a 60-second social media ad about racism, and many other major brands, including Coca-Cola, Disney, Google, McDonald's, Netflix and Target, have also taken a stand on the issue.

Some iconic Canadian brands, including Tim Hortons, Loblaws and the big banks, have also create social media posts in support of the black community while ohers, such as Canadian Tire and London Drugs, had not as of publication.

There were more shows of support Tuesday when broadcasters and music companies supported #BlackoutTuesday, a social media time-out to protest black people dying at the hands of police.

Carter said seeing Floyd's death, captured on video, was traumatic, unbearable and made her wonder if anything will ever change.

Still, she and two other black entrepreneurs told CBC News just what companies can do to make a difference and as Carter said, "Put their money where their mouth is."

'Silence is the enemy'

For entrepreneur Kim West, storytelling really matters, and she wants companies to commit to keep sharing messages in support of the black community to raise a "collective consciousness."

West is the founder of Kids Swag, an online marketplace of items such as backpacks, puzzles, T-shirts and toys that all feature images of black children on them.

The business owner from Ajax, Ont., says corporations can use their marketing muscle to confront anti-black racism and create a better world for all people by speaking out more often.

West said it doesn't matter if you're a small company with only a few workers and not a lot of black customers. Every action counts.

"It doesn't have to be anything complicated. You don't need marketing teams to be scrambling and thinking about all the right words."

As an example, a Canadian photographer has a simple plan to make a difference by giving away her art. Anyone who provides Lily Cummings with proof of a $20 donation to support justice for victims of racism gets an 8-by-10 high resolution file of one of her photos.

WATCH | Growing calls for companies to put their words into action: 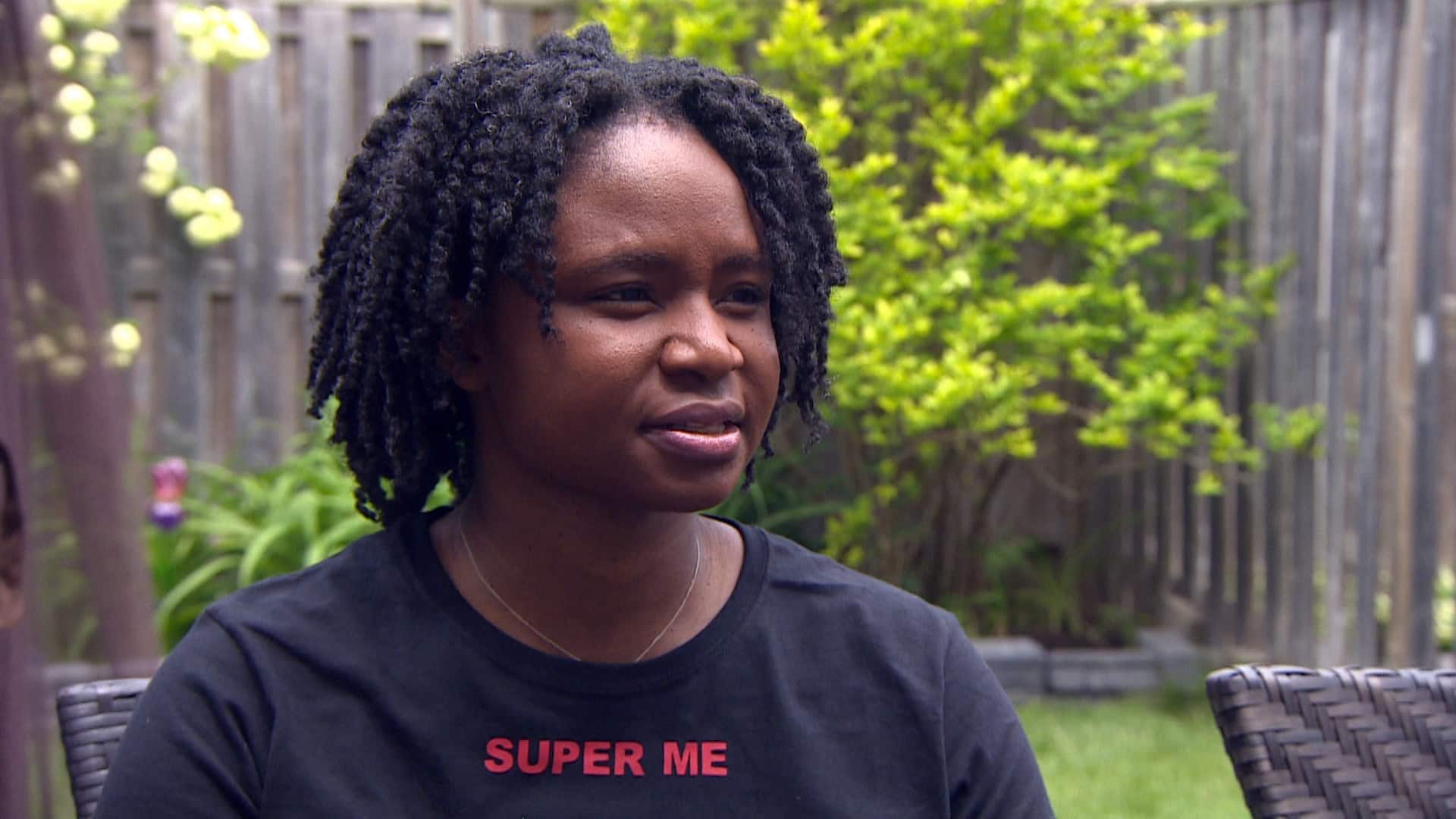 9 months ago
2:02
Major corporations have joined the global outcry over systematic racism sparked by George Floyd’s death, but there are growing calls for companies to put their words into action. 2:02

A frank discussion of racisim has to happen inside a company, not just in hashtags, says Carter.

Her company makes underwear in four different skin tones for women of colour.

She created the business to meet a need that was being overlooked.

She says companies must pay better attention to black customers and treat black employees better by investing in staff education.

Awkward conversations need to happen within companies about fairness, about appropriating cultures, about just micro-aggressions.- Chantal Carter, owner of Love and Nudes

"A whole cultural shift needs to happen," she said. "Awkward conversations need to happen within companies about fairness, about appropriating cultures, about just micro-aggressions — things that black people have been putting up with for years and years and years."

The retailer Nordstrom, which has more than a dozen Canadian locations, said it is committed to "courageous conversation" with a network of black employees inside the company leading the process.

Carter is also a supporter of the 15percentpledge.

This campaign calls for major retailers to pledge 15 per cent of their shelf space to black-owned businesses, a number based on the approximate percentage of the American population that is black.

Cosmetic chain Sephora was the first store to take the pledge, announcing its commitment on June 10.

For Carter, the idea has to do with power and fairness.

"A lot of companies profit off of us and don't give anything back to our communities," she said.

"We also need to advance economically, and the playing field needs to be levelled out."

Commit to hire or send money by wire

For Halifax entrepreneur Ross Simmonds, companies need to hire black people or provide financial support and "send a wire [transfer] to organizations and charities and non-profits on the ground doing the work."

Simmonds is the founder of e-commerce store Hustle & Grind and marketing company Foundation Inc., as well as a speaker and author.

He said while ads and social media posts help, "that impact is very limited in terms of the outcome that it has long-term versus hiring somebody, paying them well, giving them a promotion, giving them a raise, interviewing people, adjusting your processes, investing in having black people on your board."

Simmonds pointed to an RBC-backed program in Nova Scotia that teaches black youths to code as an example of a positive step.

Lululemon donated $100,000 to the Minnesota Freedom Fund, saying, "We all need to do so much more."

Putting money behind a social media post is not without risks.

This week, Shopify made a $1-million donation to fight what company founder Tobi Lütke called "the sheer injustice" of racism and recent events.

But, as tech publication Betakit reported, the resulting publicity rekindled the contorversy over Shopify's hosting of the online store of far-right publication Breitbart News.

For its part, Hudson's Bay did not announce a donation but posted a message in support of Black Lives Matter along with the suggestion that customers support Black Youth Helpline.

Responses on Instagram called on the brand to account for its colonial past. User saradujour said, "We're going to need to see way more than this in support of both #Indiginous rights and #BlackLivesMatter. And I'm talking support in the form of 💰💰💰."

If the Bay's post alienated some, the message is still a far cry from Pepsi's colossal anti-racism commercial blunder in 2017.

The only way that you can be authentic is to consistently put forward actions that demonstrate your true values.​​​​​​- Ross Simmonds, Halifax entrepreneur

To do better, black entrepreneurs say businesses need to show the world commitment.

Simmonds, who brings both brand experience from his work and life experience as a black man to bear on the challenge of companies trying to make change, sums it up this way:

"The only way that you can be authentic is to consistently put forward actions that demonstrate your true values, rather than trying to play the game and the role of being a woke brand."