A clever play on his name brings Michael Bublé a Super Bowl commercial this year with Bubly, the new water brand of Pepsi. This puts Bublé in an elite orbit of Canadian stars with spots in the big game.

This year Michael Bublé stars for Pepsi, but Canadians have been rocking ads in the big game since 1985

Ask Michael Bublé what's in a name this weekend, and his answer might be one word: money.

The singer is the latest Canadian to land a lucrative Super Bowl commercial, which was released late this week. Bublé is putting his name behind Bubly, the new water brand from Pepsi. Or maybe it's the other way around.

"They didn't just pick a random celebrity. He was chosen for a reason," said Peter Ignazi, global chief creative officer of the Canadian ad agency Cosette. 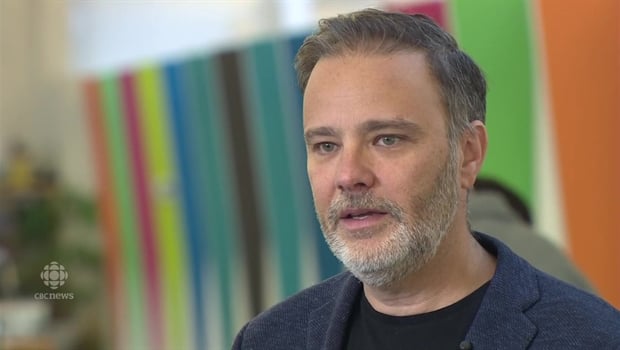 Canadians have long starred in Super Bowl ads, but which ones were a hit?

2 years ago
6:46
Peter Ignazi, of the ad agency Cossette, lists his three favourite Super Bowl ads starring Canadians and explains what makes them so great. 6:46

Ignazi doesn't love the commercial, but he loves that it makes perfect sense.

"His name is almost the same as the product. He's very popular, charming. He can act, and he probably appeals very much to the demographic they're trying to attract."

While silliness is the name of the game for Bubly and Bublé​, Canadian star appeal is taken seriously by  American advertisers.

Canadians have been killing it in the big game even more than five-time Super Bowl champ Tom  Brady.

The proof is in the ads:

This year, Super Bowl LIII marks four years in a row that at least one Canadian star has scored an ad in the big game.

The Canadian celebrity connection with the Super Bowl actually goes back more than 30 years. But first, why are Canadian stars on such a Super Bowl roll?

The downloads and ticket sales being generated by today's Canadian stars are impressive at a global level. Simply put, most of the Canadian stars in Super Bowl ads are bankable. There's another factor at play though, according to Canadian ad industry insiders.

Our Canadian brand is we are inclusive and friendly and and accepting and polite. These are things the world knows and needs more of, and we've never been more popular.- Nancy Crimi-Lamanna , chief creative officer, FCB Toronto

Nancy Crimi-Lamanna, chief creative officer at FCB Toronto, says while Canadian stars landing Super Bowl deals "are at the top of their game," the "Canadian" brand helps them.

"Our Canadian brand is we are inclusive and friendly and and accepting and polite," she said.

"These are things the world knows and needs more of and we've never been more popular."

Ignazi thinks there's even more to the Canadian brand.

Canadian celebs have "a sort of cleanliness in terms of image" that makes them seem safe, he said, especially, "in light of what's gone on in Hollywood and other industries," referring to recent sexual misconduct scandals.

"Canada has the reputation of nice, funny, not very scary or threatening people," said Ignazi. "I think that's what works really well."

It was Apple's dystopian 1984 ad to introduce the Macintosh personal computer that made Super Bowl commercials important. The first iconic Canadian to star in an ad for the big game took the stage just a year later. That was Bobby Orr. His ad for a software company  was nowhere near as memorable as his hockey career.

If Canadians got off to a forgettable start, a massive fan favourite of the '80s and '90 scored with a series of ads.

From 1987 to 1990 Michael J Fox starred in four Super Bowl commercials for Diet Pepsi. Fox  was riding high on the wave of success that came from Back to the Future two years earlier.

The first spot had Fox playing his quintessential comedic nice guy.  The next involved fighting off a mad dog, another being cloned and one a big night at the opera.

"At the time, he was arguably the biggest movie star in the world," said Tim Hopkins of Toronto ad agency Zulu Alpha Kilo.

Sure Fox was super funny and super popular, but for Hopkins the key to Fox's durability for Pepsi was actually authenticity.

"He comes across as being someone that is really genuine, very real, and a brand is going to want to be associated with that," he says. That realness helped land Fox another Super Bowl spot for Lays in 1998.

After Fox, the Canadian celebrity with the most Super Bowl success is open to debate. William Shatner has done five Super Bowl ads for Priceline, including the one in which his "Negotiator" character was seemingly killed off.

Shatner came back to do three more spots for the big game but here's the catch: four of Shatner's Super Bowl appearances were in pre-game programming. He also shared the spotlight in three of them, with American sitcom star Kaley Cuoco cast as his daughter.

Stars Will Arnett and Justin Bieber have both done two Super Bowl commercials, though Bieber had to share share his screen time with other stars. There's also a Canadian Super Bowl ad that starred not a person but an object: the Stanley Cup.

Too bad the winning team was American.

Not every Canadian-linked Super Bowl ad has been a success. The flop that stands out for Crimi-Lamanna was Céline Dion's Chrysler spot in 2003. She believes the automaker made a huge mistake in choosing a Canadian icon as its ambassador.

"No one believes that Céline Dion would ever drive that car," she laughed. "There's nothing authentic about. And people sing in the car but not in that fashion, I kept waiting for the joke!"

Comedy is a common trait in Super Bowl ads generally. Going for a laugh had Bob and Doug McKenzie dive out of a plane over a lost beer in a Molson Ice Super Bowl spot. But as Canadian as that sounds, it wasn't one of favourites for ad experts.

Both Ignazi and Hopkins put Drake's T-Mobile commercial on the top of their list as the best "Canadian" Super Bowl commercial. Hopkins says "Drake straddles being still pretty wholesome and well mannered, but also a rebel."

Hopkins thinks the spot works well in balancing the star and the brand. Ignazi believes Drake is great actor and loved that "T-Mobile had the biggest hip-hop star in the world but they also let him be himself."

Ignazi points out that this was the only spot where the star was identified as Canadian in the actual ad.

"This is when a celebrity and brand merge in the most seamless way possible, when a brand really steps back and lets the humanity shine," she said.

The commercial celebrates Toyota's sponsorship of the Olympic and Paralympic games, and its efforts to become a mobility company, not just a car maker.

Can more Canadian women score ads in the big game?

Women have had smaller roles in Super Bowl ads generally — and the Dion and Woolstencroft commercials show that trend is also true with Canadian stars.

Crimi-Lamanna says, although female factor in the ads needs work, the Canadian presence in the Super Bowl is already special.

"We've had a rich history."

Ignazi named some Canadian stars who have a chance to land Super Bowl ads in the future.

With Alessia Cara, we talked about authenticity earlier and that's what her brand is about.- Peter Ignazi, Global Creative Chief, Cosette

Among them are The Weeknd, Shawn Mendes, Ryan Gosling and Mike Myers, but also actor Sandra Oh and singer Alessia Cara.

"With Alessia Cara, we talked about authenticity earlier and that's what her brand is about," he said.