Storage business booming as Canadians grapple with 'too much stuff'

The once-dull world of self-storage is suddenly bursting with activity and new ideas, as Canadian companies look to exploit growing demand. From e-commerce startups to fancy offerings such as wine storage, millions of dollars are being invested to sell consumers space for their belongings.

Population growth is a driver, but so are smaller living spaces and people's simple attachment to their stuff

​You might think self-storage is one of the most boring businesses on the planet — if you've ever bothered to give it a thought. But guess again. A number of Canadian companies are investing big bucks to offer new, creative services that are transforming the industry.

E-commerce startups that offer pickup and delivery at the click of a mouse, new developments that surround storage units with condos and retail, and even wine storage with sommelier classes are just some of the latest offerings.

Industry statistics show that the U.S. has an average of nine square feet of storage for every person in the country, while Canada is closer to just two square feet per capita — not nearly enough, according to those building more storage capacity.

Dymon intends to open a whopping 80 new locations in and around Toronto. It's also considering a national expansion, to roll out in stages. The company is currently building what Creighton says will be the biggest storage facility in Canada — 500,000 climate-controlled square feet covering about 3.6 hectares in Toronto's west end. The wine storage area will also feature a lounge for tastings.

"Very high-end, there's nothing like it really," says Creighton.

Mould, mice, no thanks

Consumers often have an unappealing image of self-storage, envisioning dark and dirty lockers. "They are worried about the deterioration, the mould, maybe there are mice running over it," he says.

No wonder he's eager to show off artist's renderings of the clean and modern facilities Dymon is building in multiple locations — including a mixed-use design that will feature condos and shops on the outside, banks of storage lockers in the centre.

But Dymon is just one of several companies looking to cash in on what's being described as a boom in Canada's storage industry.

'Everything is getting smaller'

Second Closet is an online storage startup where customers use a website to schedule a pickup so their belongings can be stored at the company's warehouse. Another online booking brings their stuff back when it's needed.

The founder, 22-year-old Mark Ang of Toronto, was inspired to start the business because of his own need for storage. "My brother and I had moved out, and we had a very tiny condo. I honestly just needed a second closet,"  Ang said.

Despite their age, the two brothers managed to raise $500,000 from investors and launched the business last year. Now with five trucks and 25 employees, Second Closet is growing quickly, adding about 100 new customers a month. Some are storing items as small as a bankers box, for $3 per month (plus a flat rate delivery charge of $25).

"Everything from airline seats to condos are getting smaller," Ang said when asked why storage is seeing such growth right now. "I think as people continue to live their lives, they accumulate things that they cherish, and they just need a place to put them."

The 6 Ds of storage

Insiders say demand for storage is driven by "the six Ds:"

Add to that list the price of real estate in Canada. It's less expensive to rent a locker for about $200 a month than it is to buy a bigger home, with space for your winter tires, golf clubs, skis and bikes.

And don't forget the whole decluttering trend, popularized by Marie Kondo's best-seller The Life-Changing Magic of Tidying Up.

You have too much stuff

Futurist James Wallman, author of Stuffocation, believes a lot of people simply have too many possessions.

"We are all suffocating from too much stuff," Wallman, with evident frustration, told CBC News from London, England. He notes that most people instantly understand the title of his book.

"If you are storing stuff and there's not enough room in your house to keep the stuff that you use, I think that's the universe telling you something. It's telling you that you've got more stuff than you need." 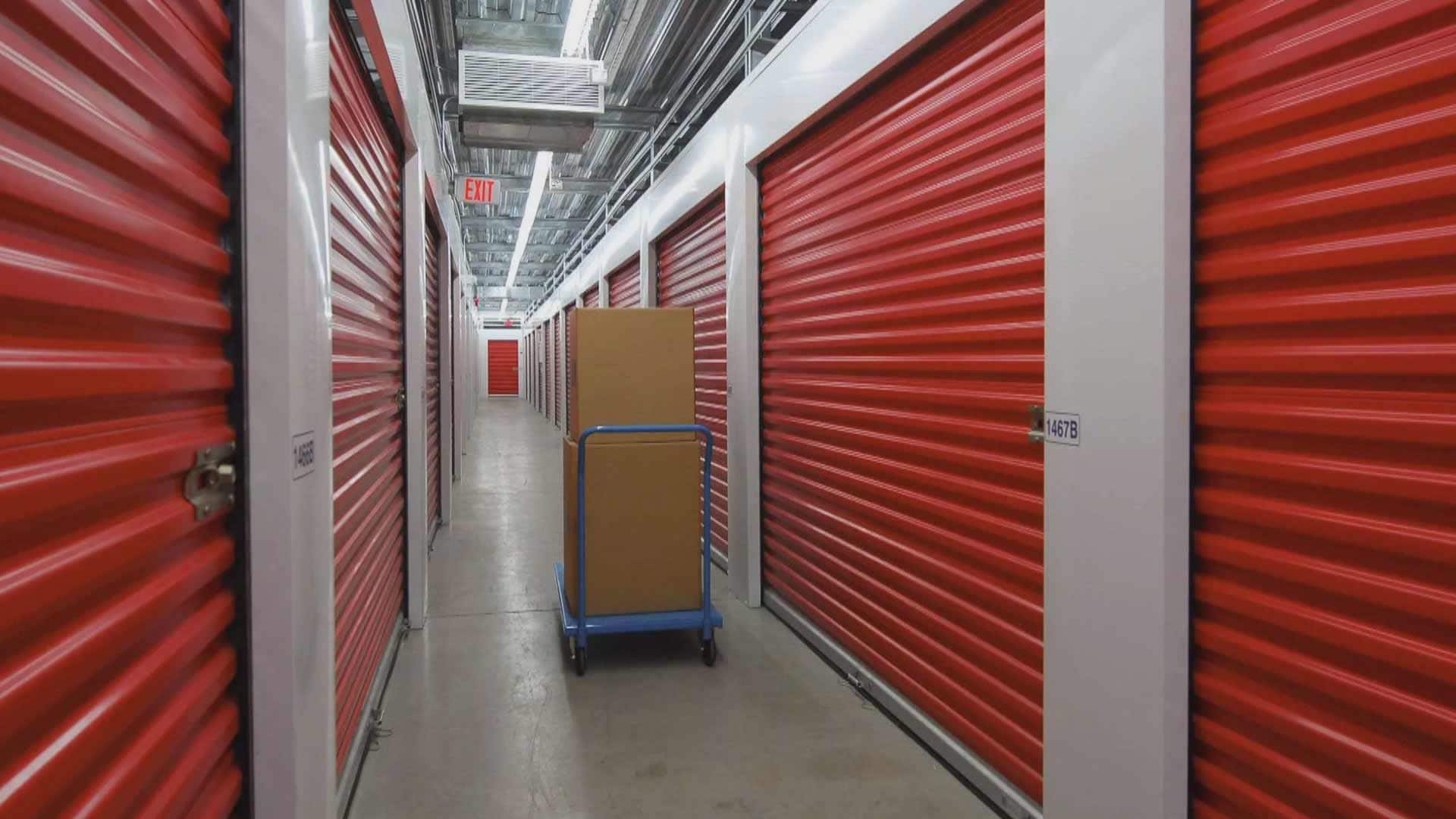 Wallman says the instinct to gather and collect things developed over centuries, as humans struggled to find enough food, shelter and clothing.

"Things were expensive and scarce, and now, suddenly, because of the industrial revolution, mass production and the consumer revolution, things are plentiful and cheap. But we're still using the same mental tools that were honed over hundreds of thousands of years that said 'get stuff, keep stuff', because it's going to go soon."

'My life is going to storage'

Corin Berry isn't a hoarder — she has a different challenge. The Toronto hair stylist was unable to find a new apartment after her landlord sold the condo where she's lived for five years. She hired Second Closet to move her out while she stays temporarily with a friend.

"I was hoping to have found something before today, but here we are, and my stuff and my life is going to storage," she said.

Perhaps the most active company in the Canadian industry is Storage Vault, the only Canadian storage firm listed on the TSX Venture Exchange. CEO Steven Scott believes the surge in the industry is due to population growth, and he clearly sees huge potential. Storage Vault has spent $800 million over the past two years, buying up more than 100 of its competitors' facilities coast to coast.

"People say we are going to become more European with efficiency in our space," Scott observes. "I think we're probably seeing that Europe is becoming more like North America that way. The self-storage business there has been growing fairly rapidly."

Stuffocation author Wallman would give the same warning, no matter where you live:  "When you have so much stuff in your home and your life, you are putting yourself in a situation of stress, and stress can lead to an earlier grave," he insists. "Stuff is bad for you."

No question though, it's good for business.