Canada Post's looming lockout of its workers is a major issue for people anxious to know if their mail service will be disrupted, but the dispute is also being closely watched for its potential to be a watershed moment in a potential crisis that few Canadians are likely aware of.

Canada Post's looming lockout of its workers is a major issue for people anxious to know if their mail service will be disrupted, but the dispute is also being closely watched for its potential to be a watershed moment in a potential crisis that few Canadians are likely aware of.

Because while the two sides are at odds over many issues — including expanding services, working hours and salaries — those gaps seem bridgeable. The real gulf is over the future of the company pension plan.

In a nutshell, while promising to keep the status quo for existing plan members, Canada Post wants to switch the company's pension plan from a defined benefit plan, to a defined contribution one.

The former offers plan members a steady monthly cheque every month. But experts say those are costlier to maintain since the onus is on the company to ensure those payments regardless of investment returns. Defined contribution plans, meanwhile, just invest a certain amount on the employee's behalf every month, but offer no guarantee of payments down the line if those investments underperform.

Defined contribution plans, in other words, put all the risk on plan members. "With a defined benefit plan at Canada Post," Ben Dachis with the C.D. Howe think-tank says, "who's going to pay the bill?" 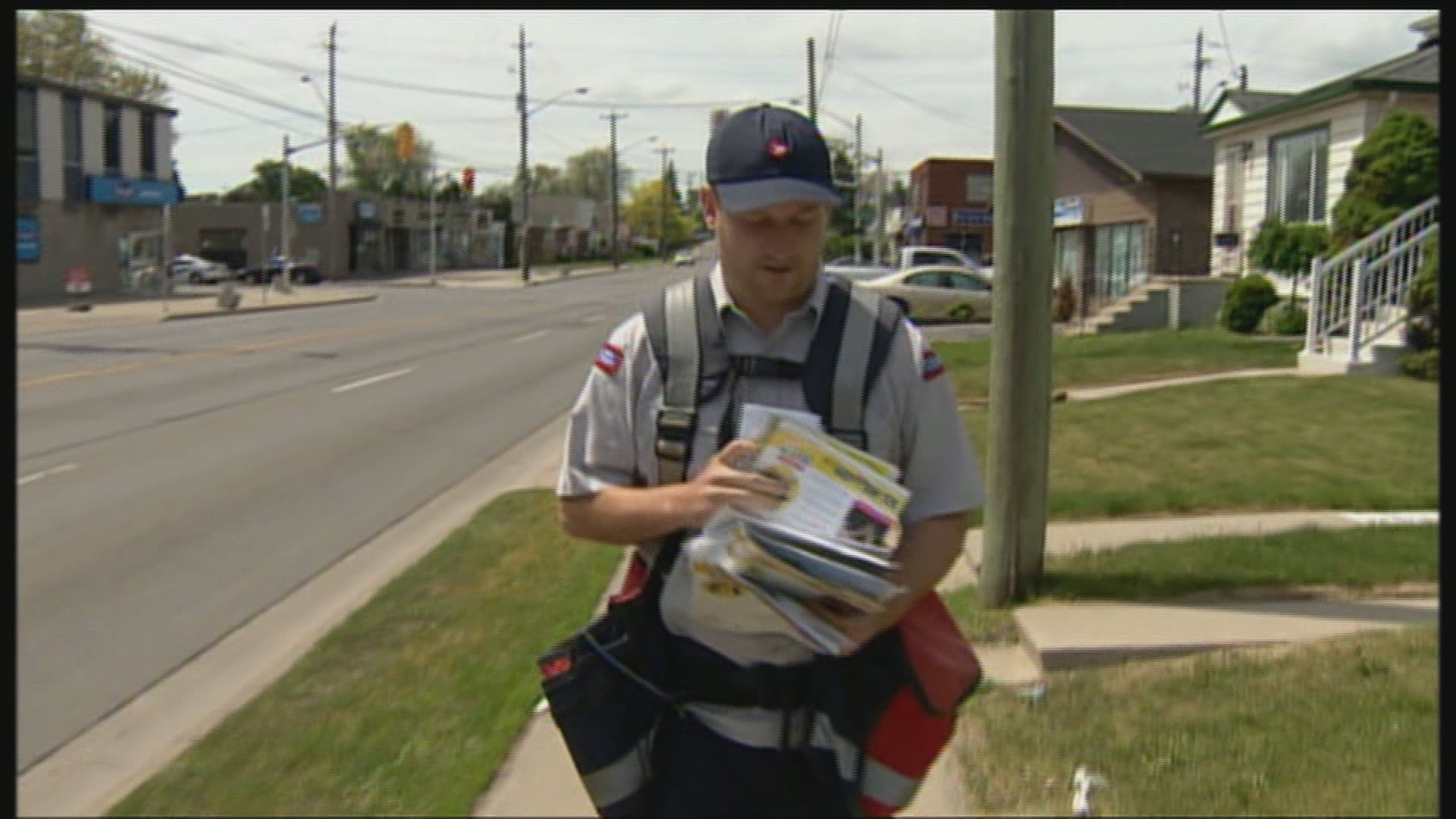 5 years ago
2:03
Canada Post wants to move new hires from a defined benefit plan to one with defined contributions 2:03

At a Crown corporation, the answer would be taxpayers, which is why the pension fight is so precedent setting. "No other Crown corporation has come to the bargaining table seeking to get rid of the defined benefit plan," says Hassan Yussuf, president of the Canadian Labour Congress. "This is very troubling ... I'm at a loss to understand their strategy."

The union is steadfast in its resolve to not create a two-tiered pension plan, where different employees over time would end up with different entitlements.

The two sides are having a fight today over an issue that threatens to rear its head down the line. As it stands, Canada Post's pension plan had almost $22 billion of assets as of the end of 2015, and posted a solid 7.3 per cent return for the year. But that figure pales in comparison to its almost $28 billion in long-term liabilities.

The plan paid out $880 million in benefits to 33,500 retirees in 2015 alone, and that figure is set to ratchet higher in the coming years.

All in all, the plan has 90,000 members and the ratio between those paying in and retirees taking out inches closer together every year. The plan has a roughly $6 billion solvency deficit as it is, although the fund did post a $1 billion surplus in its last fiscal year.

Canada Post's pension is a behemoth, but even it is not immune to broader forces in the investment world. Persistently low interest rates are problematic for pension plans, because they depress the returns that funds rely on to stay on top of their obligations. 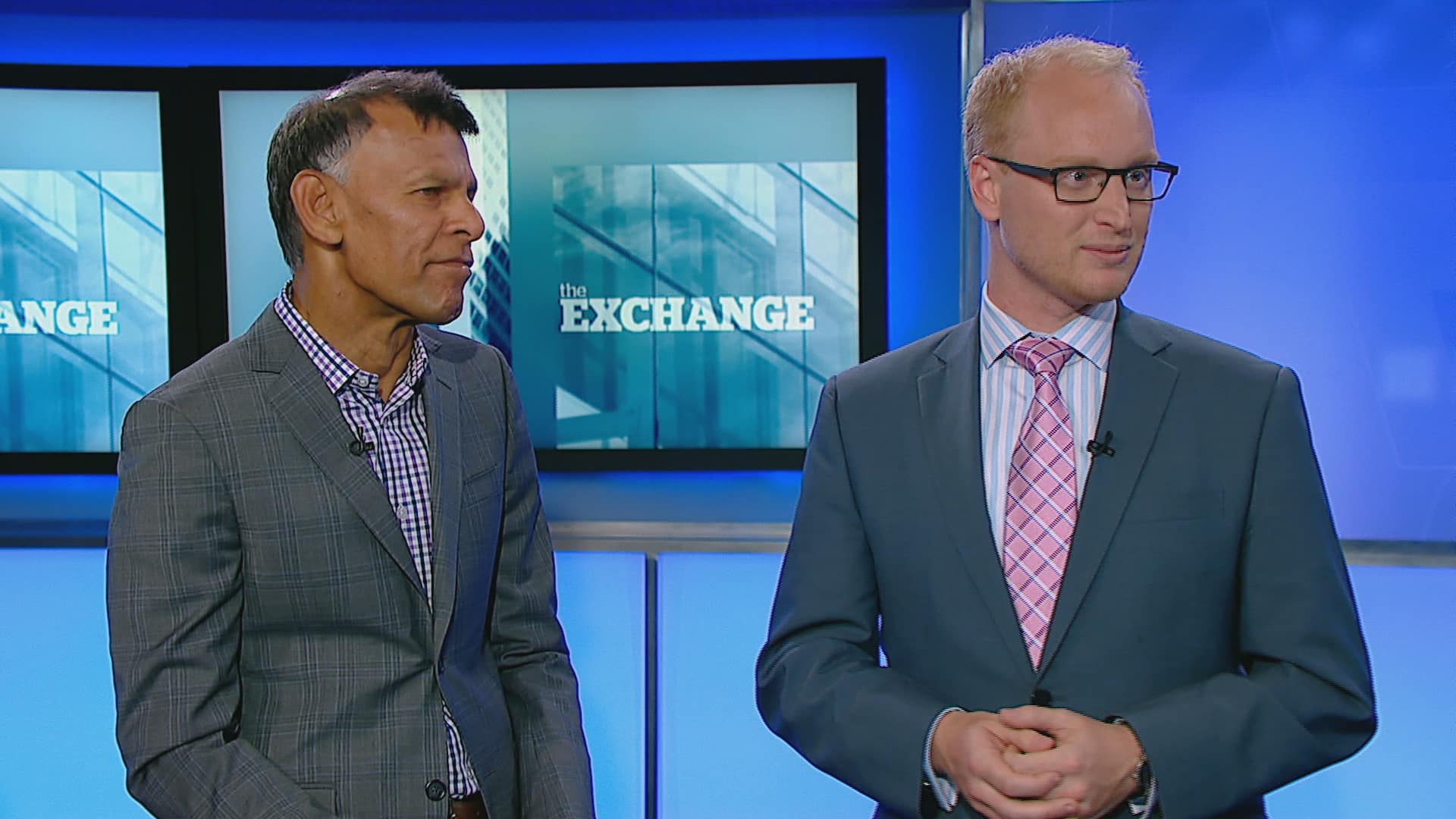 5 years ago
7:24
Ben Dachis of the C.D. Howe Institute and Hassan Yussuff of the Canadian Labour Congress discuss pension plans at Canada Post 7:24

"It's going to get much worse over time," C.D. Howe's Dachis says.

But pension plans operate on multi-decade timelines, so the current era of depressed returns belies what's happened over the long term. "Interest rates and the stock market have not performed as well as we expected them to," Yussuf says, "but there were years where they did and then companies didn't have to contribute as much."

The solvency gap may well close itself if and when interest rates inch higher. But the corporation says it can't take that risk.

"The plan is well-managed," Canada Post spokesman Jon Hamilton said. "We've been able to get good returns ... But it's not enough.

"To ignore the long-term issues is dangerous thinking," he said. "It is putting the pension plan in jeopardy for the people that are in the plan."

I want to tell these young workers that their pensions are worth fighting for.- Marion Pollack, retired mail carrier

Prof. Marvin Ryder of the DeGroote School of Business at McMaster University in Hamilton says the pension issue is a critical one for the mail carrier, and something that many other plans with a declining number of contributors are watching closely.

"If you look at Canada Post and think where is it going to be in 10 years?" he said. "Probably it's going to have fewer employees." Ballooning liabilities in a time of shrinking revenues is a dangerous place for any company to be.

But for retirees like Marion Pollack, who spent 37 years at Canada Post before retiring with her defined benefit plan, the issue is far from academic. And she has a message to those still working for her former employer.

"I want to tell these young workers that their pensions are worth fighting for," she said.

With files from The Canadian Press and Havard Gould