Sweeping changes announced today to the way Canada Post operates could lead to as many as 8,000 fewer employees for the mail service. 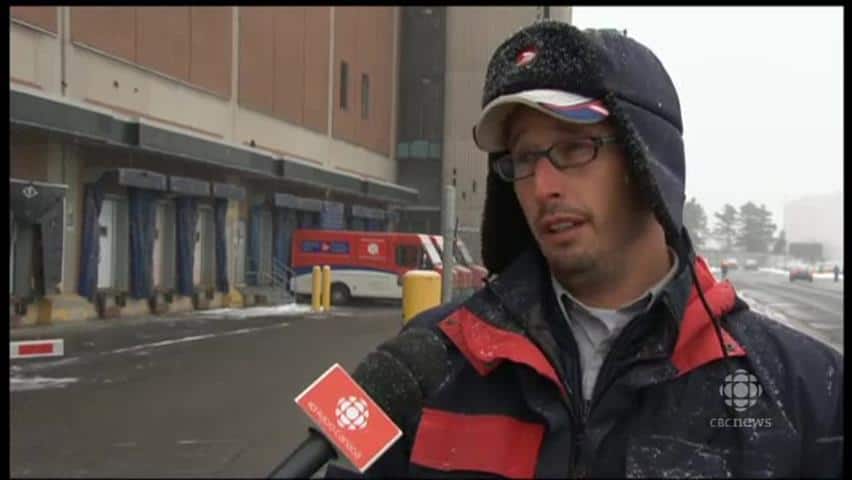 7 years ago
1:39
Postal workers react to announcement that Canada Post is phasing out door-to-door delivery and increasing price of stamps 1:39

Sweeping changes announced today to the way Canada Post operates could lead to as many as 8,000 fewer employees for the mail service.

In a major announcement Wednesday, the Crown corporation said it will phase out home mail delivery service to urban customers. Almost 10 million Canadian households already don't have mail delivered right to their doors, and the latest news will affect the other five million households in the country.

By switching to a system where mail receivers will go to community mailboxes (CMBs) to retrieve their letters, the mail service hopes to save hundreds of millions of dollars per year.

Part of that will come in labour savings, and  the changes outlined Wednesday were very much made with an eye toward embracing a future with a major reduction in letter carriers.

The postal service says the average age of its employees is 48, and it expects as many as 15,000 Canada Post workers plan to voluntarily leave the company in the next five years.

"This is more than enough to allow for the reduction of between 6,000 and 8,000 positions, mainly through attrition," Canada Post said in the news release.

Canada Post's largest union, the Canadian Union of Postal Workers (CUPW), came out strongly opposed to the plans, calling them "the end of an era for Canada Post."

"We recognize that Canada Post needs to change, but this is not the way," union president Denis Lemelin said.

"We are sure we are not alone in disagreeing with Canada Post's plan," said Lemelin. "We are extremely concerned that these changes will send Canada Post into a downward spiral."

The union pitched the idea of postal banks — where local post offices offer rudimentary banking services for customers — as a better option, noting that several nations have tried that approach with some success.

At the end of the 2012 fiscal year, Canada Post employed 68,000 and the company said it expects to continue to reduce its unionized workforce by at least 10 per cent over the next decade, so a reduction of between 6,000 and 8,000 positions is right within that range.

In addition to service changes, the Crown corporation also announced a major overhaul to its pension plan.

Canada Post has about $17 billion in assets in its pension plan, but also has a $6.5-billion solvency deficit.

That sort of deficit would normally be solved by making special payments to top up the plan, something Canada Post is not in a good financial situation to do at the moment. The core mail operations have been losing hundreds of millions of dollars per quarter for several quarters in a row.

In a separate release Wednesday, the federal government said it was granting the postal service permission to not have to make those special payments for the next four years, in the hopes the service can alter its operations enough to overhaul its finances and make up the gap.

"The regulations provide Canada Post with more time to pay off its significant pension deficit so that it can restructure its operations for long-term viability," said Kevin Sorenson, the minister of state for finance.

Executive compensation will be restricted while that window remains in effect, Sorenson said.

"Canada Post will also take the necessary steps to permanently address the sustainability of its pension plan," the Crown corporation said in a release.