Escalating fears of retaliation after Canada detained a high-ranking Chinese business executive have prompted some Canadian business leaders to think twice before going to China on business.

Escalating fears of retaliation after Canada detained a high-ranking Chinese business executive have prompted some Canadian business leaders to think twice before going to China on business.

The detention of Huawei CFO Meng Wanzhou in Vancouver on behalf of U.S. authorities earlier this month enraged Chinese authorities. And though she's been released on bail, the situation has prompted fears that Beijing may be in the mood to retaliate by drumming up trumped-up charges on Canadians travelling in China.

It was revealed on Tuesday that former Canadian diplomat Michael Kovrig has been detained on murky national security grounds. A day later, word emerged that a second Canadian man, Michael Spavor, is also being held on similar grounds.

The impact of Meng's arrest was reverberating even before China appeared to retaliate. Last weekend, the government of British Columbia suspended a planned trade mission to China as the story was unfolding.

That's led to fears of more reprisals to come, even for businesspeople with no connection to any part of Canada's foreign service.

"I wouldn't go," retail consultant Bruce Winder of the Retail Advisor's Network said. "I don't think folks should be going over to China right now from Canada until this is resolved, just for the fear of retaliation."

Managing partner Andy Chan with law firm Miller Thomson LLP says the situation has "complex hybrid considerations" that Canadian businesses doing deals in China need to be aware of. Firms in fields such as security and infrastructure in particular, he says, should take a "hard look" at whether Beijing would consider them to be higher-risk industries.

"Canadians need to look at and balance their reasons for travel to China against the current political environment," said Chan, the head of the firm's Asia practice.

Granting bail to Meng Wanzhou until her extradition hearing in February likely helped the situation a little, but Chan said Canada is caught in a situation where the forces driving the tension are beyond Canada's control. Based on extradition treaties, Canadian authorities were obligated to act when U.S. officials wanted to proceed with fraud accusations against Meng.

But in the eyes of the Chinese government, Canada has been lumped in with its southern neighbour.

"The arrests happened here, the judicial proceedings are happening here and, consequently, worldwide attention is on Canada," Chan said.

While tensions are high, he thinks the situation is definitely fixable over time. "It is important to stay diplomatic," Chan said.

Officially, the Canadian government does not have a travel advisory against going to the country, and simply urges Canadians to "exercise a high degree of caution" while visiting the country — but the same level of caution is advised for 94 other countries in the world.

No reason for concern

Indeed, there are many business leaders who have no more qualms about travelling to China now than they would have at any other time.

"I don't see any reason why one should be concerned," said Ken Courtis, chair of Starfort Holdings and the former head of Goldman Sachs Asia. "It's like going anywhere else, mind your Ps and Qs, respect your hosts, obey the law." he said.

Courtis actually spoke to CBC while en route to China for business and said, "I don't see any reason not to continue [travelling to China]."

And yet there is definitely a sense in some corners of the Canadian business community that the situation is far from normal.

Elmer Kim, president of Uclid Inc., summed up the feeling succinctly in a recent interview on CBC News Network.

"If I was a Canadian executive I'd get the heck out of China on the fastest plane I could find."

Watch his interview in the player below: 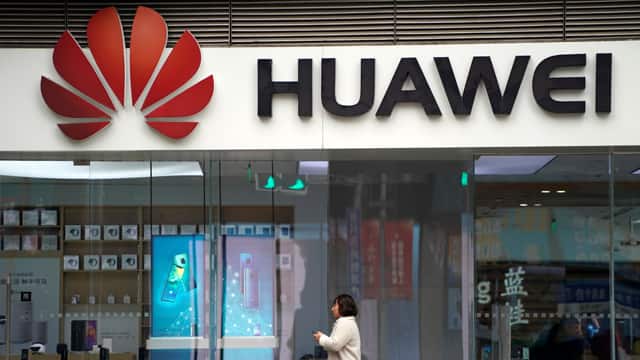