The Brant Hutterite Colony in southern Alberta is trying to do something that has never been done before — it aims to produce roughly 13,000 eggs a day while creating no net greenhouse gas emissions.

The colony of 105 people recently cut the ribbon on Canada's first net-zero egg barn, which is designed to produce as much energy as it uses.

Solar panels on the roof and various high-tech equipment should drastically reduce the facility's carbon footprint and mark the latest attempt by agriculture groups to improve the industry's sustainability.

"This project really is a first of its kind in Canada in trialing new technologies that could potentially define the new normal for energy efficiency and reducing climate impacts for animal housing," said Nathan Pelletier, a University of British Columbia professor specializing in sustainability.

The Brant Colony initially dismissed the idea of adding solar panels and several energy efficient modifications to the new barn it was planning to build, after it was approached by the Egg Farmers of Alberta.

You really have to be willing to be the one that goes through this for the greater good of the industry- Jenna Griffin, Egg Farmers of Alberta

"I don't think it was fair for us to bluntly say no, so we decided even if it doesn't work out we'll do it more so for the industry than for us," said Darrel Mandel with the colony.

The colony received a $250,000 provincial government grant to help offset some of the costs of the project, including the 100 solar panels. Data is gathered daily about all aspects of the operation.

"It looks very promising, I think we'll be very close to net zero with solar," said Mandel. "With the colder months coming we'll have more data available to maybe prove that it was a good cause." 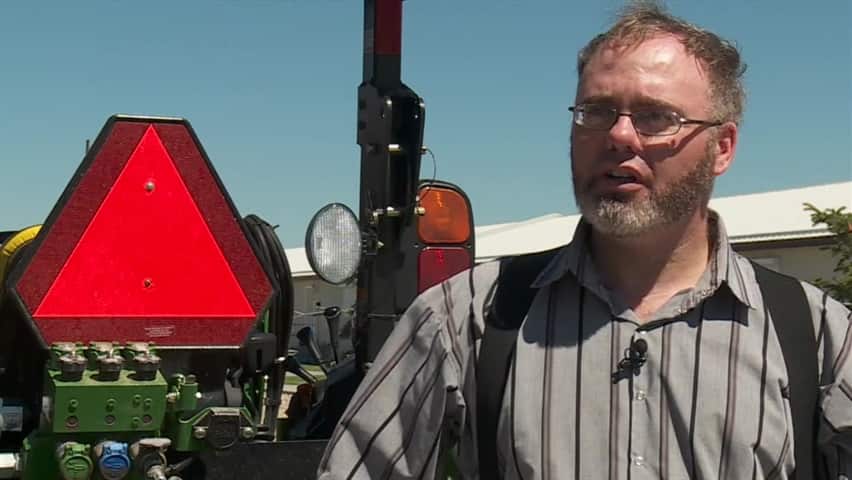 5 years agoVideo
0:58
A new egg barn in southern Alberta will try to produce as much energy as it uses. 0:58

The colony has hosted several tours for other farmers who are showing interest. The free-range layer barn houses 13,000 brown birds, which each produce one egg every day.

Some of the stipulations for the colony include having to provide data to the Egg Farmers of Alberta and installing a live video web stream inside the barn. That raised some eyebrows at the colony.

"That was one of the things that really, I felt, this is something to adjust," said Mandel. "But we sat down and talked about it and said, 'What do we have to hide?' If you don't treat those birds right, they are not going to perform. So there is no difference doing that the right way in front of yourself or in front of the public."

Agriculture groups across Canada are under pressure from retailers and consumers to improve their sustainability through added measures involving animal welfare, biosecurity, food safety and the environment.

So far, the solar panels are operating as expected, offsetting the facility's energy needs. An energy-efficient refrigeration unit and other equipment are also performing well, although the heat recovery ventilation system that uses outgoing warm air to heat fresh incoming air is still a work in progress.

"This is agricultural research," said Jenna Griffin, who helped manage the project with the Egg Farmers of Alberta. "There's bumps and obstacles and barriers that you run into. You really have to be willing to be the one that goes through this for the greater good of the industry."

Whether the barn actually achieves net-zero energy consumption is unknown at this point as the project is still in its early days. Officials said the colony may have to purchase more solar panels to achieve the status. 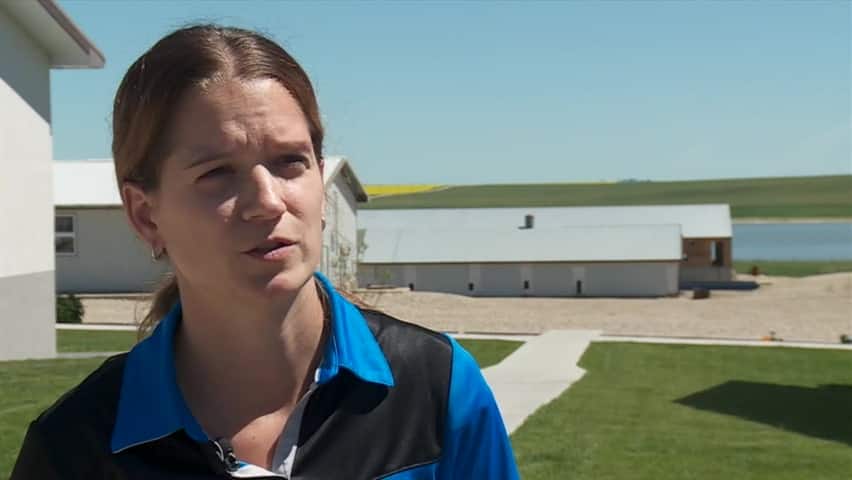 5 years agoVideo
0:38
There is much to gain from the project, regardless of the results. 0:38

The Alberta government is trying to take action on climate change through a series of initiatives, which includes boosting renewable energy production. Alberta's goal is to rely on renewables for 30 per cent of electricity consumption by 2030.

Agriculture accounts for about eight per cent of Alberta's total greenhouse gases.

"Whatever we can do will make a difference, and the colony here has taken that leap of faith," said Oneil Carlier, Alberta's agriculture minister  "You can't find any more progressive farmers in Alberta than the colonies themselves."