Bombardier to cut up to 7,000 jobs but signs jet deal with Air Canada for 45 CSeries

Bombardier says it will cut its workforce by 7,000 positions over two years, including 2,000 contractors, although the Canadian company says the losses will be partly offset by hiring in certain areas.

Air Canada to buy up to 75 of Bombardier's CS300 aircraft

Montreal-based Bombardier plans to cut its workforce by up to 7,000 people even as the company has finally signed a deal to sell its CSeries jets to a major North American airline.

Bombardier said Wednesday up to 2,000 of the total cuts will be contractors.

Most of the job losses will be in Canada and Europe and be partly offset by hiring in certain areas, such as its new CSeries aircraft program. Worldwide, Bombardier currently has 3,450 people working in its CSeries division, a figure the company expects to rise as it ramps up sales and production.

The company has 64,000 employees globally. The  aerospace and rail equipment company says the job cuts will begin in the coming weeks and be completed by 2017. 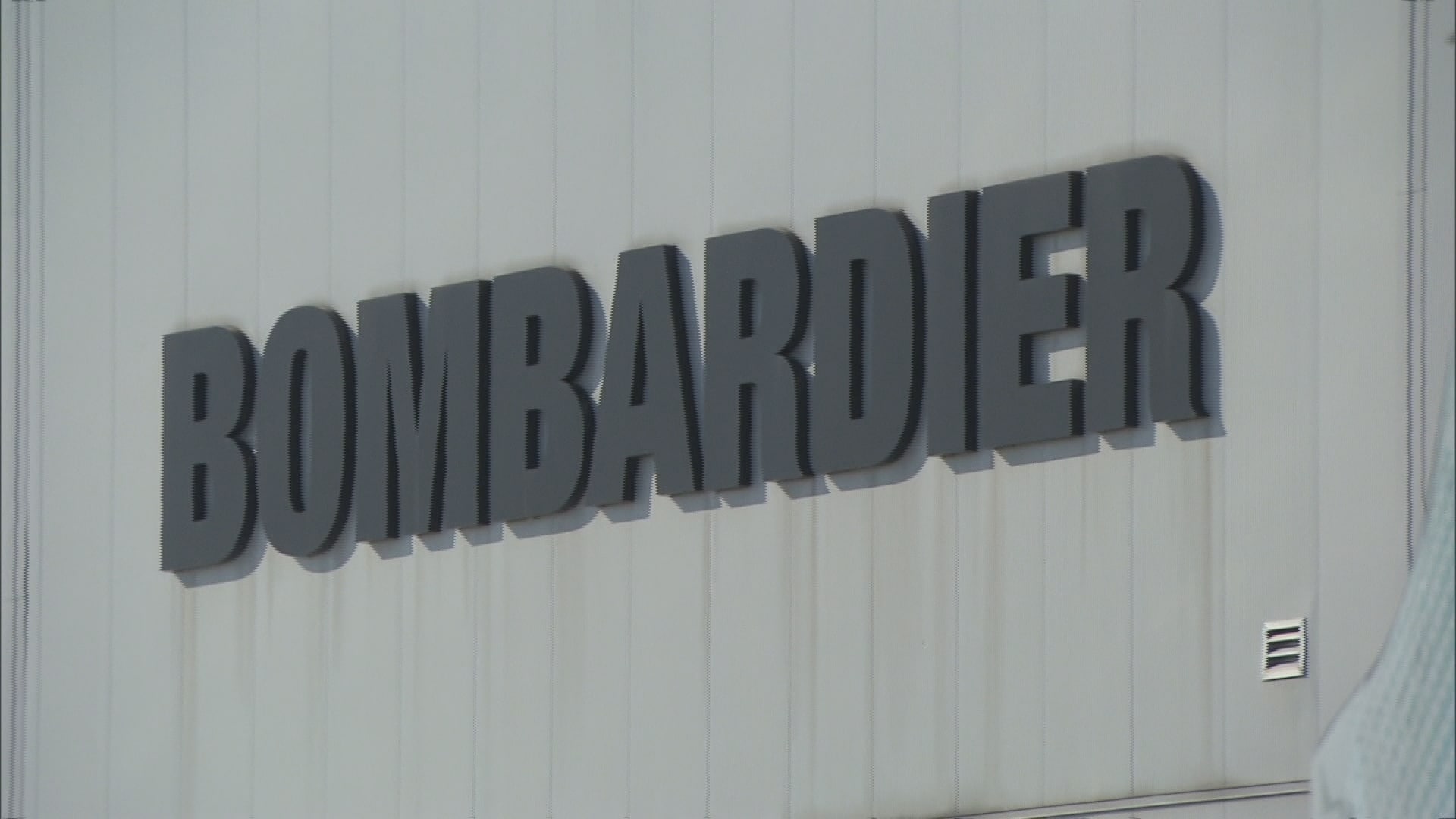 5 years ago
1:56
Ainslie MacLellan reports on the loss of 2,800 jobs in Quebec and Ontario, even as Bombardier wins an order from Air Canada 1:56

The number of jobs affected include:

The company said no jobs will be cut from its commercial aircraft unit, which includes the CSeries.

"I just hope the CSeries ramps up quick enough so that anybody who's laid off will be called back to work as quick as possible," said Dave Chartrand, Quebec co-ordinator for the the International Association of Machinists and Aerospace Workers,which represents 4,500 workers in the province.

The federal government has been rumoured to be considering offering a bailout to the aerospace giant, similar to the $1-billion lifeline that Quebec offered last year.

But in announcing the layoffs, Bombardier also revealed an Air Canada order for the largest model of Bombardier's new CSeries jets.

Air Canada has signed a letter of intent to purchase 45 of Bombardier's CS300 aircraft with options for an additional 30 planes. Based on the list price of the CS300, Bombardier says a firm order would be worth about $3.8 billion.

Once a firm purchase agreement is in place, Bombardier says Air Canada will become the first mainline, international North America-based carrier for the CSeries family of aircraft. Deliveries are scheduled to begin in 2019. With the Air Canada agreement, Bombardier said it now has orders and commitments for a total of 678 C Series planes.

"Air Canada's commitment is a strong endorsement of this outstanding aircraft," Bombardier president and CEO Alain Bellemare said in a release.

"It will create significant value for Air Canada and its customers and will become a catalyst for future orders in North America and around the world," Bellemare said.

Transport Minister Marc Garneau told reporters in a scrum on Wednesday that Ottawa exerted "no pressure" in getting the carrier to buy jets from a key Canadian supplier such as Bombardier.

The deal does, however, come with a pledge from Air Canada to do all heavy maintenance work related to the new planes at a facility in Quebec for at least 20 years. And as part of the agreement, the government of Quebec has agreed to drop a lawsuit against Air Canada that dates back to when the airline shut down its maintenance subsidiary known as Aveos, cutting 2,600 jobs in the process.

Garneau added that Ottawa will now seek to clarify the law, known as the Air Canada Public Participation Act, which among other things limits the amount of foreign ownership allowable in Canadian Airlines. Air Canada has been lobbying for Ottawa to scrap the 30-year-old legislation. 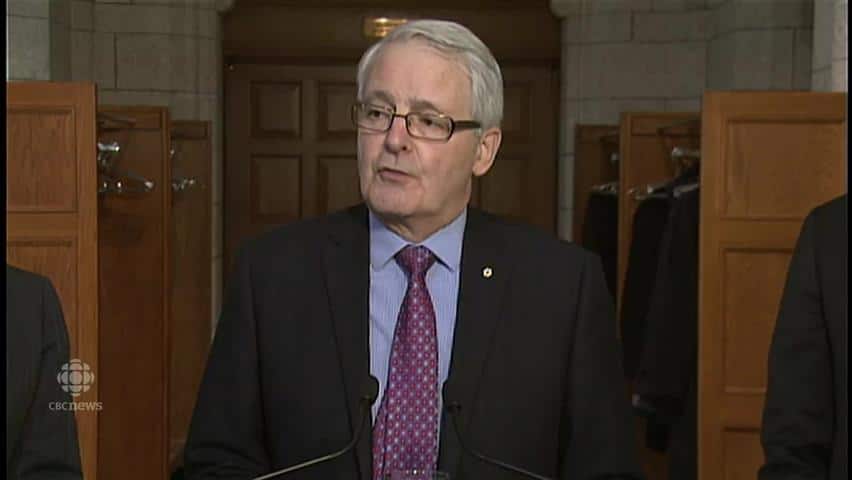 5 years ago
2:03
Transport Minister Marc Garneau spoke to reporters about the state of Bombardier outside the Government Caucus room 2:03

Navdeep Bains, Canada's minister of innovation, science and economic development, said Wednesday: "We are continuing our dialogue with Bombardier on its request for federal assistance. Any action the government takes with respect to Bombardier will be first and foremost in the interest of Canadians. We have been clear that such an important decision will only be made after due diligence, careful consideration and a strong business case."

Bombardier released both pieces of news while reporting its quarterly results, which showed that its 2015 revenue was $18.2 billion — down from $20.1 billion in 2014.

Revenue in the fourth quarter ended Dec. 31 was $5 billion, down from just under $6 billion a year earlier.

Bombardier also announced plans to consolidate its shares, which have sold off heavily on the TSX since the start of 2015 as CSeries delays began to mount.

From $4 a share 18 months ago, Bombardier's shares have slid to as low as 80 cents in recent weeks, which is a problem for the company, since it puts them in danger of being delisted from the TSX for being too cheap. That can cause a new round of selling of the shares as many funds are mandated to only buy shares listed on the index.

But under Bombardier's new proposal to shareholders, the company will do a reverse stock split that will consolidate shares and put the individual price of each one to between $10 and $20.

The actual value of any given investor's stake won't change, however. 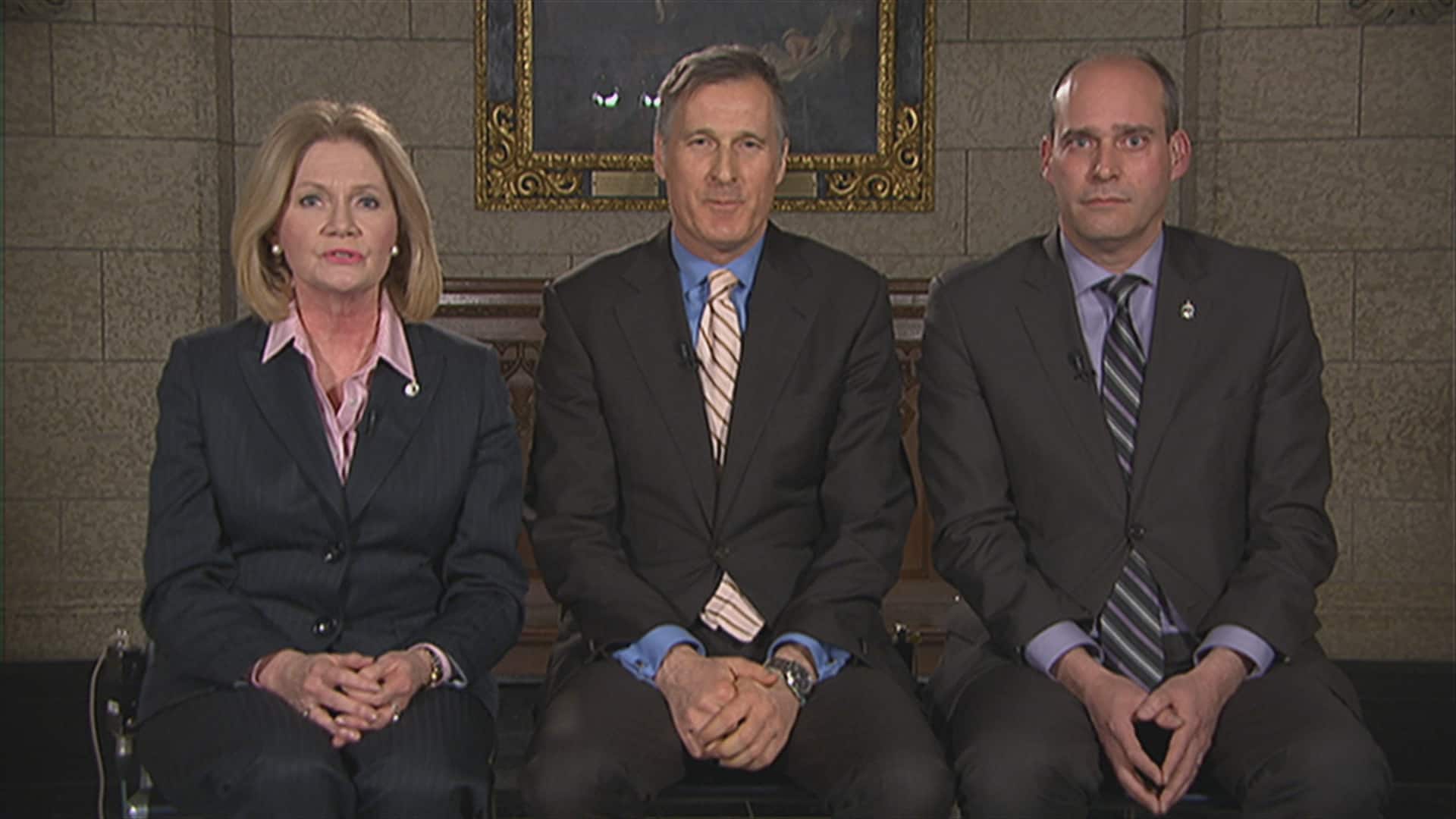 Should feds bail out Bombardier?

5 years ago
12:19
MPs Kate Young, Maxime Bernier and Guy Caron discuss the job losses at Bombardier and whether the federal government should bail out the company 12:19