Internal messages and emails from Boeing are painting a clearer portrait of a profit-focused management culture at the world's largest aircraft manufacturer, where pressure for short-term shareholder returns seems to have overwhelmed safety concerns.

Conflict goes back to amalgamation with McDonnell Douglas, engineer says

Internal messages and emails from Boeing paint a picture of a profit-focused management culture at the world's largest aircraft manufacturer, where pressure for short-term shareholder returns seems to have overwhelmed safety concerns.

The revelations are just the latest in a parade of evidence pointing to the decade-long civil-war inside Boeing, pitting its famed "safety culture" against financial performance of the kind that pushes the stock price higher and provides big bonuses for senior executives.

Longtime Boeing engineer Cynthia Cole, now retired, traces that conflict back to the company's amalgamation with rival McDonnell Douglas in 1997.

"McDonnell Douglas managers were more cutthroat, and it was all about the bottom line — cut those costs!" she told CBC's The Fifth Estate. "They didn't follow a good capitalist model. They followed greed and putting people in the upper echelon, putting their interest first above the workers and the product and just society as a whole."

The messages showed a concerted effort by employees, under pressure from their managers, to deceive safety regulators from the U.S. Federal Aviation Administration in an effort to save money and improve short-term financial performance.

Internal messages from Boeing employees have described the 737 Max as an airplane "designed by clowns who in turn are supervised by monkeys." The messages were released by the company earlier this month as it copes with congressional criticism and the worldwide grounding of 737 Max planes.

"I don't know how to fix these things … it's systemic," one employee wrote. "It's culture. It's the fact that we have a senior leadership team that understands very little about the business and yet are driving us to certain objectives."

You play ball or else. The managers could tell you to keep your mouth shut or you lose your job.- Cynthia Cole, retired Boeing engineer

All this came as Boeing faced greater competition from Airbus, which had designed a plane very similar to the 737 Max .

Retired Boeing scientist Stan Sorscher agrees with engineer Cynthia Cole. "In that business model, nobody says no. You're just going to follow the plan. That's the Walmart business model," he told The Fifth Estate.

The compromise to safety intensified as deregulation became popular in Washington, D.C. The FAA budget was reduced, and much of the safety oversight was subcontracted to staff paid by Boeing.

For longtime Boeing engineers and scientists, the conflict of interest was obvious.

"The downside is someone can threaten your position at work," said Cole. "You play ball or else. The managers could tell you to keep your mouth shut or you lose your job."

Sorscher said it's not just salary at stake.

"It's your assignments. You get reassigned to another thing. You can be replaced by someone who is less capable of resisting pressure."

In one striking email, Boeing's chief technical pilot Mark Forkner bragged about "Jedi mind-tricking regulators" to convince them that no serious pilot training was required in the introduction of the 737 Max model.

That would save money for both Boeing and its airline customers. Boeing was so sure that pilot simulator-training wouldn't be required that it had promised Southwest Airlines a rebate of $1 million US per airplane if it was.

MCAS was designed to push the plane nose-down to avoid a stall in certain conditions. It has been blamed for the October 2018 crash of Lion Air Flight 610 in Indonesia that killed 189 people and the March 10, 2019, crash of Ethiopian Airlines Flight 302 in which 157 died, including 18 Canadians.

The system was added to the plane to make it handle more like previous 737 models with smaller engines.

Boeing has been struggling to correct the MCAS system since the last crash, but problems reportedly kept appearing, including some beyond the original software flaws. 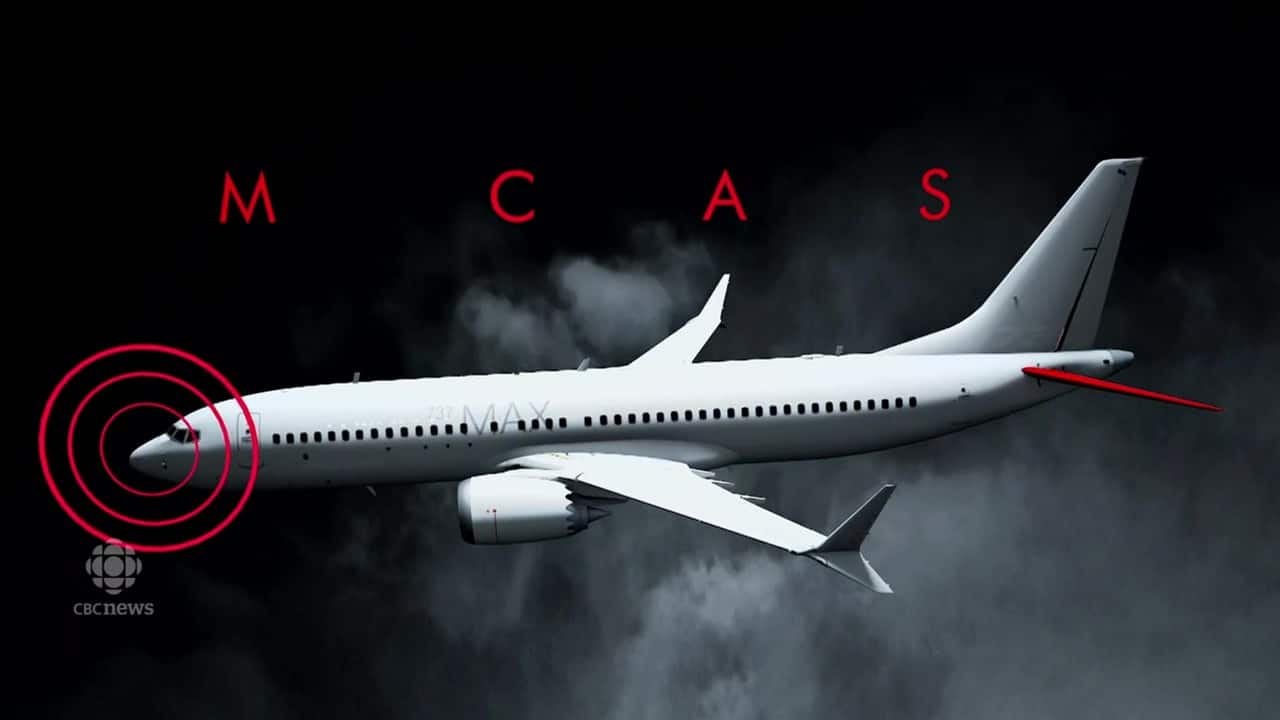 1 year agoVideo
3:39
A breakdown of problems with the MCAS anti-stall system in Boeing's 737 Max 8 planes, which is at the centre of the investigations into two deadly crashes in Indonesia and Ethiopia. 3:39

In December, a leaked email showed that a Transport Canada official suggested simply removing the system from the plane. Pilots would then have to be trained to handle the aircraft without it.

Two weeks ago, Boeing finally conceded that pilot simulator-training would be required to return the grounded 737 Max to service.

Connecticut Sen. Richard Blumenthal, a Democrat, is a lonely voice in Washington trying to pressure the U.S. government to rebuild the FAA and re-regulate Boeing, but he can't find a single Republican senator to co-sponsor his bill to do so.

Boeing has spent millions of dollars in lobbying and campaign contributions to politicians.

"Well, the system is broken right now," Blumenthal told The Fifth Estate, "because the FAA has to be changed in its culture. It has to end outsourcing, end a system that, in effect, puts the fox in charge of the henhouse and puts safety second, rather than first."

"The system isn't broken," new FAA administrator Steven Dickson said when he appeared before the U.S. Congress in December.

He insists the FAA is committed to safety and will be fully satisfied before allowing the 737 Max back into the air. 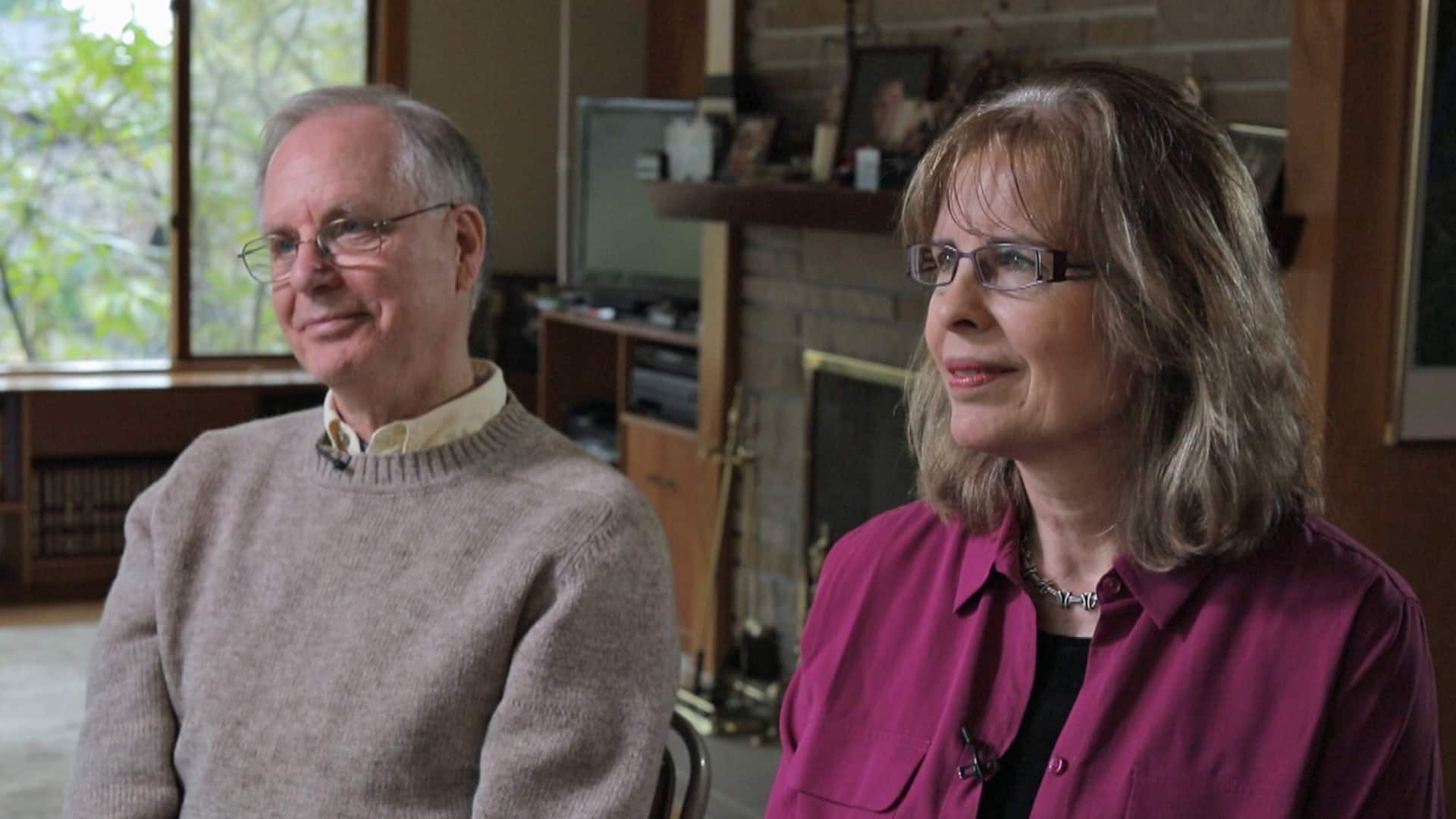 'Their profits were more important'

At the climax of the hearing, however, he had trouble explaining what was done about an internal FAA study showing that there would be over 15 crashes of 737 Max aircraft with 2,920 likely fatalities if the MCAS system was not fixed. That study was completed over three months before the Ethiopian airliner crashed.

In his appearances before Congress, then-Boeing chief executive Dennis Muilenburg couldn't explain other internal documents that showed the company was aware long before either crash of the flaws in the MCAS system that lead to the tragedies.

One engineering study showed that pilots would have only four seconds to recognize a problem with the flight-control system, and only 10 seconds to respond to it, otherwise there would be a "catastrophic" crash.

It turns out the Indonesian pilots didn't even know the MCAS system was on the aircraft, and so would be unlikely to recognize a problem with it.

Though the FAA issued a warning about the flight control problem that could cause "impact with terrain," the Ethiopian Flight 302 pilots took 35 seconds to recognize the problem and try to correct it. By that time, the plane was in a fatal dive.

All the internal warnings made it that much more astonishing that Muilenburg spoke with U.S. President Donald Trump after the second crash and assured him any production pause would be temporary.

The fleet was only grounded in the United States three days later, after authorities in China, Europe and Canada had already taken action.

Muilenburg has now been fired, walking away with a $62-million US ($81-million Cdn) settlement. The company will likely face severe fines.

And there is a U.S. Justice Department investigation of Boeing's relationship with the FAA, but few expect any corporate executives to go to jail.

"I think that all these people in these upper echelons are too related and too intertwined," said Cole.

"I don't think they're going to find anything against one of their own. You know, people have died. They've got families, they've got lives that they didn't get to live, and for Boeing to pay a fine or to pay millions or whatever that is, where's the justice?"

WATCH | The full Fifth Estate documentary on Boeing and the 737 Max:

With files from Alex Shprintsen and Kimberly Ivany