Are high-priced shoes worth the cost? Testing Adidas, Nike and Under Armour

To investigate whether price affects performance, Marketplace purchased 11 pairs of shoes that cost $80 to $240 from leading basketball brands Adidas, Nike, and Under Armour. Then we subjected them to mechanical testing.

Flashy designs and "colourways." State-of-the-art technology and materials. Performance attributes that will bring your game closer to that of your favourite NBA star.

That's the pitch big brands are making for their performance basketball shoes, with prices that can range from less than $100 to close to $300. And Canadians are buying in to the tune of $100 million per year.

But when you choose an expensive option, are you guaranteed to get a better shoe? Not necessarily, according to a Marketplace investigation.

To test whether price affects performance, Marketplace purchased 11 pairs of shoes that cost $80 to $240 from three leading basketball brands: Adidas, Nike, and Under Armour. The shoes selected were primarily from the high, middle and low price points of models available on each brand's website.

"So we can have an indication, by doing these mechanical tests, how this particular shoe is going to function or perform."

The mechanical testing revealed that performance was not always tied to price for the models in the test group.

In fact, one of the least expensive shoes emerged as one of the strongest overall performers.

Adidas, Nike and Under Armour promote that there is science behind their products. Nike, for example, has a research lab at its headquarters in Beaverton, Ore.

Footwear companies also fund outside research conducted by companies like Sport Insight. Sport Insight is currently working with both Adidas and Under Armour.

Basketball dad Dave Deer believes in the research. The 41-year-old's love for basketball started in elementary school, when a next-door neighbour told him "about a guy named Michael Jordan." Today, Deer plays recreationally and coaches his 12-year-old son, Jakari. His partner Linda Chiba is the team's manager.

"I think the shoes are more expensive for a reason," said Dave Deer. "They put work, and technology and science, and all that behind it. So yeah, definitely, I think if your shoe's going to cost ... at least $230, it's a pretty good shoe."

When it comes to footwear, the Deers say they want gear that protects against injury and hopefully provides an edge on the court. They believe the price is a good indicator of how a shoe will perform.

That is why the Deers were surprised to hear that a cheaper shoe can sometimes outperform more expensive options.

Chiba said she was "very shocked" that a shoe under $100 ranked in the Top 5.

The Adidas Pro Spark 2018 is a simply designed shoe with a straightforward product description. But it outperformed some of the more expensive models in some categories, including braking traction, rearfoot energy return and forefoot cushioning stiffness.

But it's a prime example of the most important findings from the mechanical tests.

Forefoot bending stiffness wasn't considered in the creation of the Top 5.

According to Sport Insight, not enough is known about the role it might play in injury prevention. In terms of performance, they say most athletes perform best in footwear with medium stiffness, but the exact optimal stiffness is unknown. Generally, Stefanyshyn says, players should avoid shoes that are either very flexible or very stiff.

WATCH: Sport Insight explains what it was looking for when testing the shoes 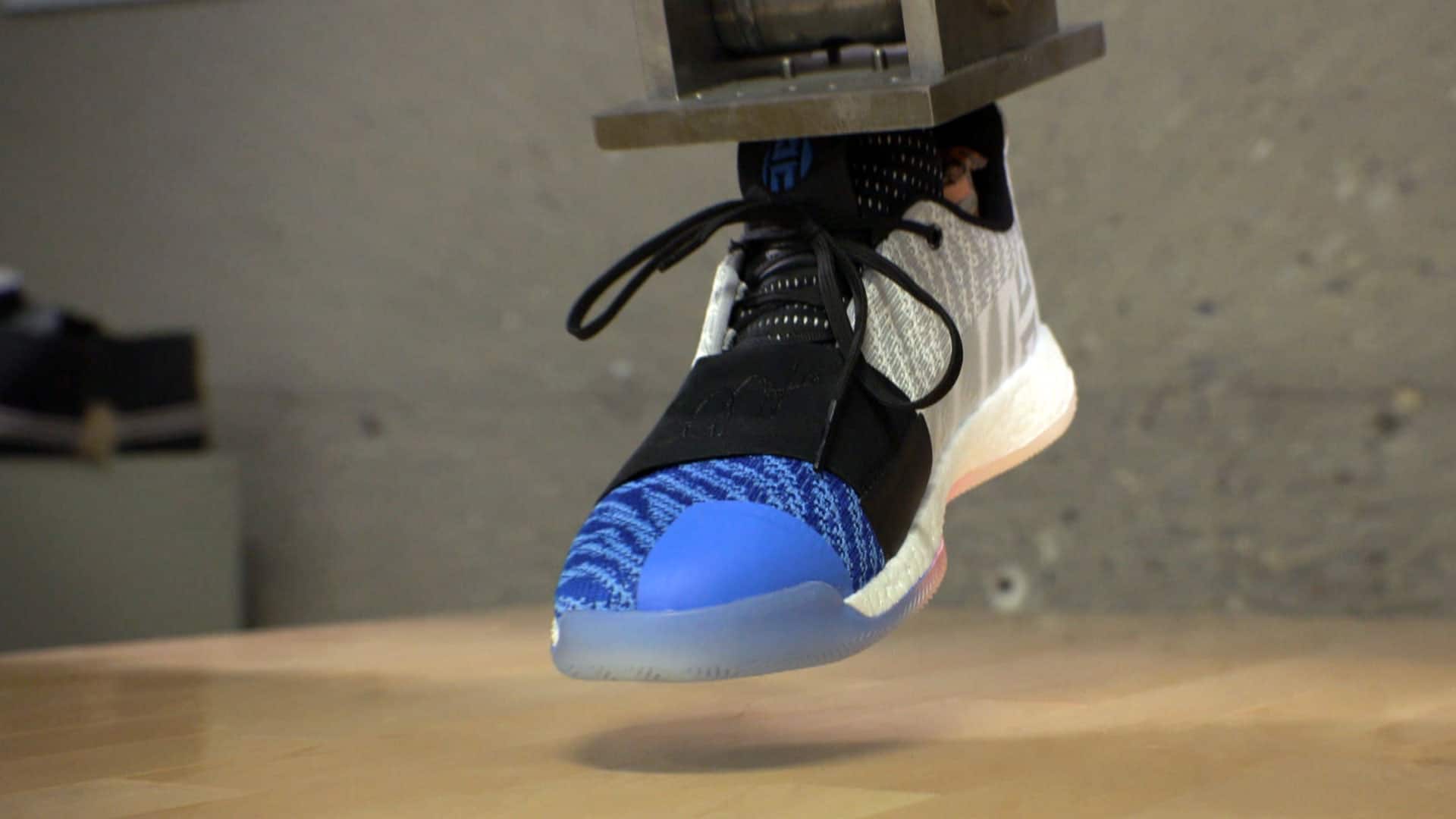 How Marketplace tested the shoes

12 months ago
0:48
Sport Insight president Darren Stefanyshyn explains what his company looked at when testing the 11 pairs of basketball shoes we provided. 0:48

A tale of 2 high-priced sneakers

And while one performed well across multiple categories, the other didn't.

The LeBron 16 earned its spot in the Top 5 due to its performance in the areas of energy return and cushioning stiffness. While it wasn't a standout for braking and acceleration traction, it did have the lowest rotational traction. This attribute can actually be beneficial when performing turning motions, like cuts and pivots, according to the experts at Sport Insight.

Stefanyshyn explained that lower rotational traction is better for those concerned about injuries.

"Even though they're not in contact with anybody, [players] might have a potential for a knee injury if they don't have the opportunity to basically slip or slide," he said.

The Adidas N3XT L3V3L ($240) did not make the Top 5, and only distinguished itself in the area of rearfoot cushioning stiffness, generally associated with comfort.

What are you paying for?

Like the Deers, some might assume there's a reason that claims like "unrivaled 360-degree grip," "zero gravity feel," and "ultra-strong and supportive" are attached to pricier shoes.

But Toronto-based marketing expert Avni Shah says consumers are paying for more than a shoe's specific characteristics when they decide to spend more.

"We have this norm that the higher the price the better the quality," said Shah. "[Brands] definitely play into this ... where then they're telling you, 'Hey, this is the newest foam that they use in space,' or 'This is the newest technology.'

"The price itself is not just simply the materials, but the whole kit and caboodle," she said. "The website, and the display of everything, and the box. Even like the celebrities who get paid … we're all paying a fraction of LeBron's $500 million."

Marketplace contacted Adidas, Nike and Under Armour to share its test results and to ask why some of their shoes are priced higher than others.

Nike was the only company to respond. "We take into account a variety of factors, including costs of materials, manufacturing and the selling of our products," it said in a statement.

As for the Deer family, they say they'll now keep an open mind when shopping for basketball shoes.

"Looking at a cheaper shoe — I will definitely take that into consideration now," said Chiba.

"Don't judge the book by the cover," added Dave Deer.

Or, in this case, the shoe by the price tag. 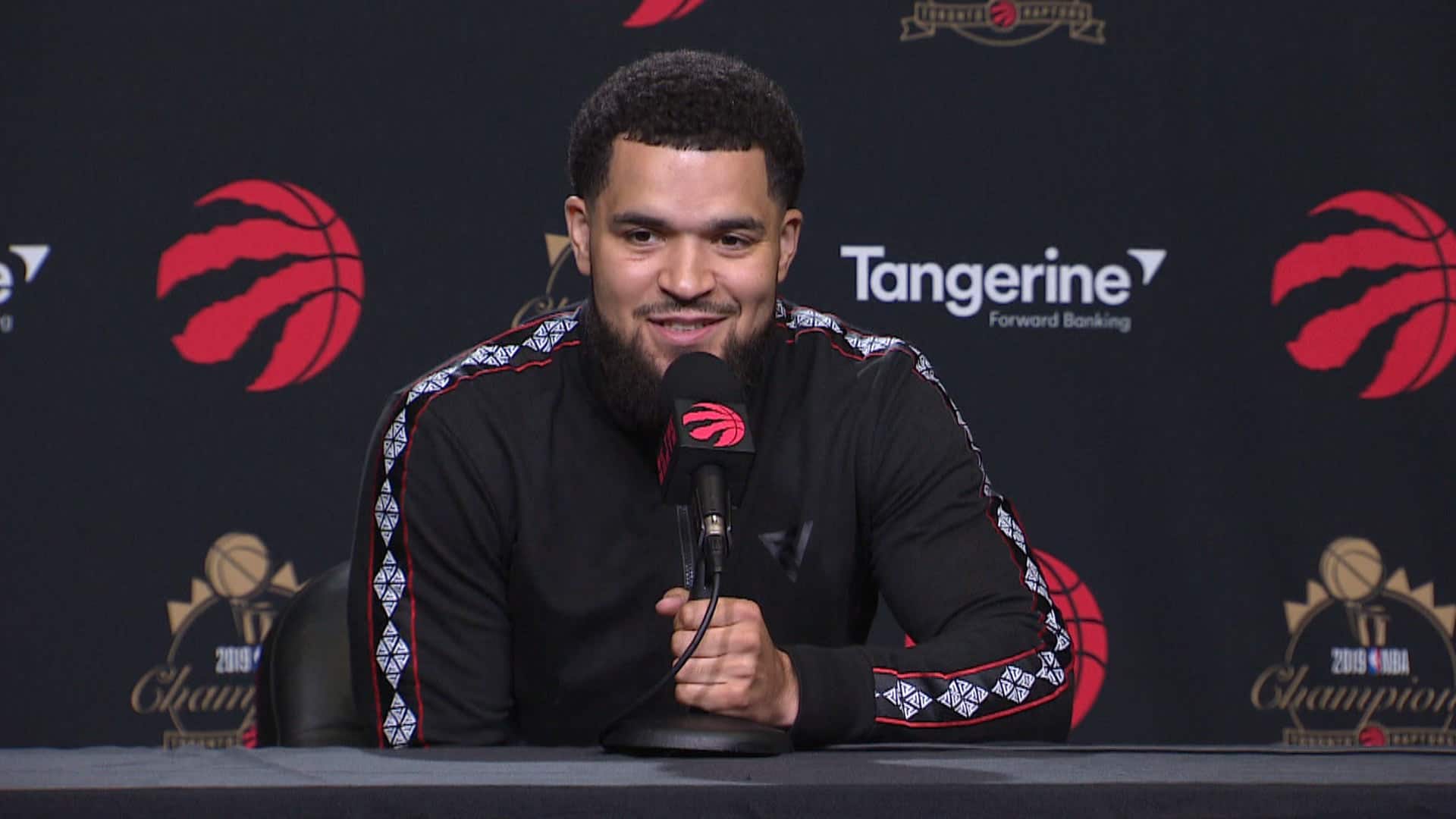 What do the Toronto Raptors look for in a basketball shoe?