There's been no spike in personal and business bankruptcies, but surge is expected this fall

With the coronovirus pandemic leaving many in a precarious and dire financial situation, the conventional wisdom is that there would be a spike in bankruptcies. But that's not happening — not yet, at least.

With the coronavirus pandemic leaving many in a precarious and dire financial situation, Lou Brzezinski and other lawyers and insolvency trustees have been sitting by the office phone, expecting it to ring.

"And it's not ringing. And we ask ourselves what's going on?"

When it comes to consumer bankruptcies, business is actually down — fewer people are filing now than they did before the pandemic began, said Brzezinski, a partner in the Toronto-based legal firm Blaney McMurtry and specializes in business reorganization, insolvency, liquidation and bankruptcy.

Indeed, Douglas Hoyes, a licensed insolvency trustee and co-founder of Toronto-based Hoyes, Michalos & Associates, predicts that when the figures come in for April, personal bankruptcies will likely be down about 50 per cent from last year.

Income for many has dropped, debt is likely increasing. "Obviously, there's going to be a massive spike in bankruptcies: that would be the conventional wisdom," Hoyes said.

Instead, however, those actions are being deferred. Why? It's partly because few businesses are putting pressure on customers to pay their debts.

"Lot of consumers are living in an unreal world, where the money that they're making is not being demanded … to pay the debts they normally would have to pay," Brzezinski said. "The question is, when will it all come crashing down?"

Insolvencies were on the rise before COVID-19 struck, and debt-to-income ratios of Canadians were near their peak, said Andre Bolduc, a board member of the Canadian Association of Insolvency and Restructuring Professionals.

"One of the primary causes of personal insolvency is a high level of consumer debt coupled with an unexpected life event," Bolduc said.  "Canadians were already carrying near record levels of debt before COVID and COVID-related job-losses will be the tipping point for many who were already struggling."

Calgary-based MNP Ltd.'s consumer debt index released in March found that 46 per cent of Canadians say they are on the brink of insolvency and are $200 or less away from not being able to pay all their bills each month. That was a 10-percentage-point jump from the previous survey in December. The survey was done for MNP by Ipsos, which described it as accurate to within plus or minus 2.5 points, 19 times out of 20, had all Canadian adults been polled.

"Our results underscore how vulnerable Canadian households are to income interruption. Over the next few months, we'll likely see an unfolding of two crises: the global pandemic and the bursting of the Canadian consumer debt bubble," Grant Bazian, president at MNP, said in a statement.

"Those who were already saddled with a lot of debt are in economic survival mode," he said.

"It's 13 per cent of the entire population that's in dire straits," said pollster John Wright, who is a partner with Dart C-Suite Communicators.

"These are incredibly tragic and heartbreaking numbers to look at," he said. "If you ask them how much money you have … the answer is nothing, zero."

Analysts say the current reprieve from bankruptcy filings is caused by a number of factors. 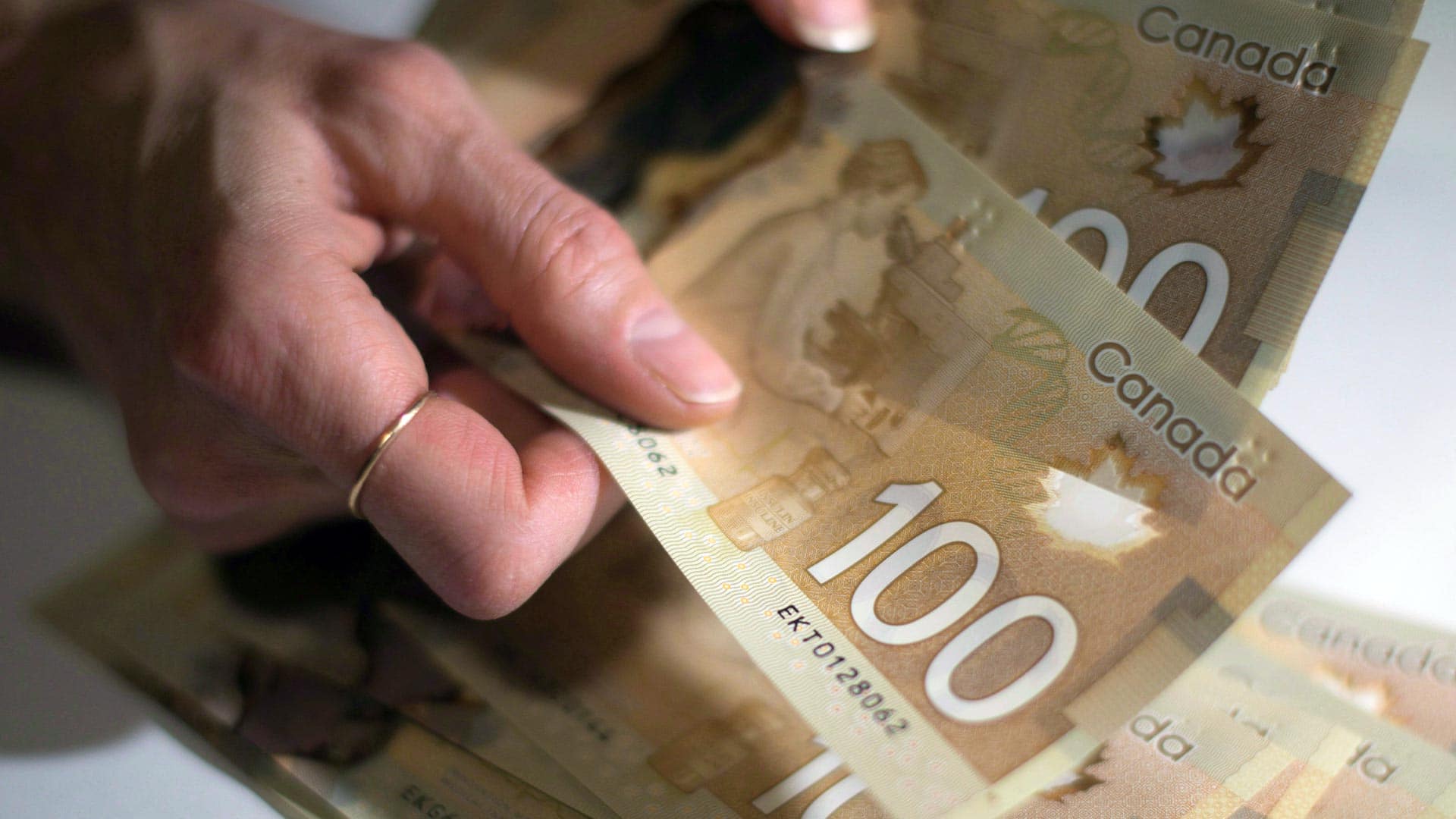 10 months agoVideo
7:37
Finance experts answer viewer questions about coping during the COVID-19 pandemic including whether small businesses should take on debt with uncertain times ahead. 7:37

Many people who have been laid off are able to take advantage of the Canada Emergency Response Benefit, which, while, not a huge amount of money, is enough to deal with day-to-day expenses, Brzezinski said.

Banks have implemented mortgage deferrals, saving people from having to pay their principal and interest. And some are deliberately not calling in defaulted loans, he said.

"There's no point in trying to collect money when people don't have revenue coming in," he said. "Not all of them, not all the time, many of [the banks] have laid back."

The government has also deferred or extended the time for income tax return filing and people who owe income tax.

And with so many out of work, there are no wages to garnishee, so people don't need to go bankrupt to stop those wages from being taken, said Hoyes.

"So if I'm not working, I am what we call creditor-proof," he said.

What all this means, said Brzezinski, is that we are going through what he calls "the great deferral," in which creditors are not enforcing their claims to the same extent they would in normal times.

"But when will the taps turn on again with respect to the payments? Nobody knows for sure."

It could be around the same time income tax does eventually come due, he said.

"We need one domino to fall. And that may be at the end of August, when the CRA is, in fact, starting to seek payments for income tax or arrears of tax," he said.

Hoyes agreed that as things gradually start to come back to normal, it's reasonable to expect a "a big spike" in bankruptcies, likely in the fall.

"By the time we get to the fall, the collection agencies are back at work. The banks want their money. The emergency benefits have stopped. So if in September and October, we saw a 20, 30, 40, 50 per cent spike in bankruptcies, that wouldn't surprise me."

So far, many small businesses have been able to stave off such action thanks to the government wage subsidy program, and rent and tax deferrals, Brzezinkski said.

"So businesses are also going through the great deferral."

For example, if a bank holds a loan on equipment in a restaurant, it would be difficult for the institution to sell and liquidate that equipment.

"There's no going-out-of-business sales in retail where people can come in…. You can't even get into a mall, let alone buy that product at the stores. So the banks are holding back on retail business as well.

"So we're going through this sort of fantasy calm before the storm."

But that storm, when it hits, could be "very bad," Brzezinski said.

"How many small retail stores, how many restaurants, how much of the hospitality industry has been struck down for good that we will never see again?  I'd say it's just short of catastrophic.

Brzezinski said there might be a few proposals made, in which a company offers their creditors five or 10 cents on the dollar.

"They may still survive. I see the majority of the small businesses not surviving the bankruptcy. I see them ending."