Bank of Canada makes another emergency cut to interest rate

The Bank of Canada has made a second unscheduled cut to its benchmark interest rate, lowering it to 0.25 per cent amid the COVID-19 crisis.

The Bank of Canada has made a second unscheduled cut to its benchmark interest rate, lowering it to 0.25 per cent amid the COVID-19 crisis.

The central bank made the announcement in a news release on Friday morning.

The overnight lending rate is what the bank charges for short-term loans between retail banks, but it impacts the rates that Canadian consumers get from their banks on things like savings accounts and variable rate loans.

Normally, the bank meets every six weeks to set its rate and rarely makes adjustments to the rate outside of that time frame. But the COVID-19 crisis has thrown that timeline out the window, and the bank has now made two unscheduled cuts to its benchmark rate — half a percentage point two weeks ago, in addition to the half-point today.

"The pandemic-driven contraction has prompted decisive fiscal policy action in Canada to support individuals and businesses and to minimize any permanent damage to the structure of the economy," the bank said.

Prior to Friday's cut, Canada had the highest central bank rate in the developed world at 0.75 per cent.

The bank is cutting its rate in order to make lending cheaper, to encourage people to spend, borrow and invest to help the economy.

"The intent of our decision today is to support the financial system in its central role of providing credit in the economy, and to lay the foundation for the economy's return to normalcy," the bank said.

Bank to buy up debt, too

The rate change isn't the only tool the central bank is using to help out the economy.

The bank also announced the creation of two new programs that it hopes will help ensure the money system is set, so any worthy consumer or business that needs cash can get access to it.

The first program is called the Commercial Paper Purchase Program, and it will see the central bank essentially take on a type of debt known as "commercial paper" from companies, to meet their short-term financing needs.

The second program will be to buy up Canadian government debt in the form of bonds, to the tune of $5 billion a week.

This is very similar to a program the U.S. Federal Reserve has deployed multiple times already, known as "quantitative easing," or QE. Essentially, QE ensures that there's as much money as possible flowing through the system — a concept bankers and economists refer to as "liquidity" — while stopping short of actually issuing new currency.

"It's not creating money in the sense of your textbook," governor Stephen Poloz said at a news conference following the bank's decision.

"You're creating liquidity because people need it to feel secure or confident that everything is going to be OK," he said.

A firefighter has never been criticized for using too much water.- Bank of Canada governor Stephen Poloz

To illustrate why liquidity is so important, Poloz cited the example of a hypothetical Canadian company that has a credit line at a bank. That company is likely currently drawing money out of that credit line as a precaution, to make sure they have enough cash to stay afloat in the current uncertainty.

"Now they think they've got all the cash they need to weather the storm, but in behind all that, the bank needs to fund that draw," Poloz said.

The bank can't just pull that money out of thin air, so they raise that cash in a different market by selling a their own debt, such as a bond, in exchange for cash from investors who have it to spare. The bank then turns around and gives the cash to the small business. 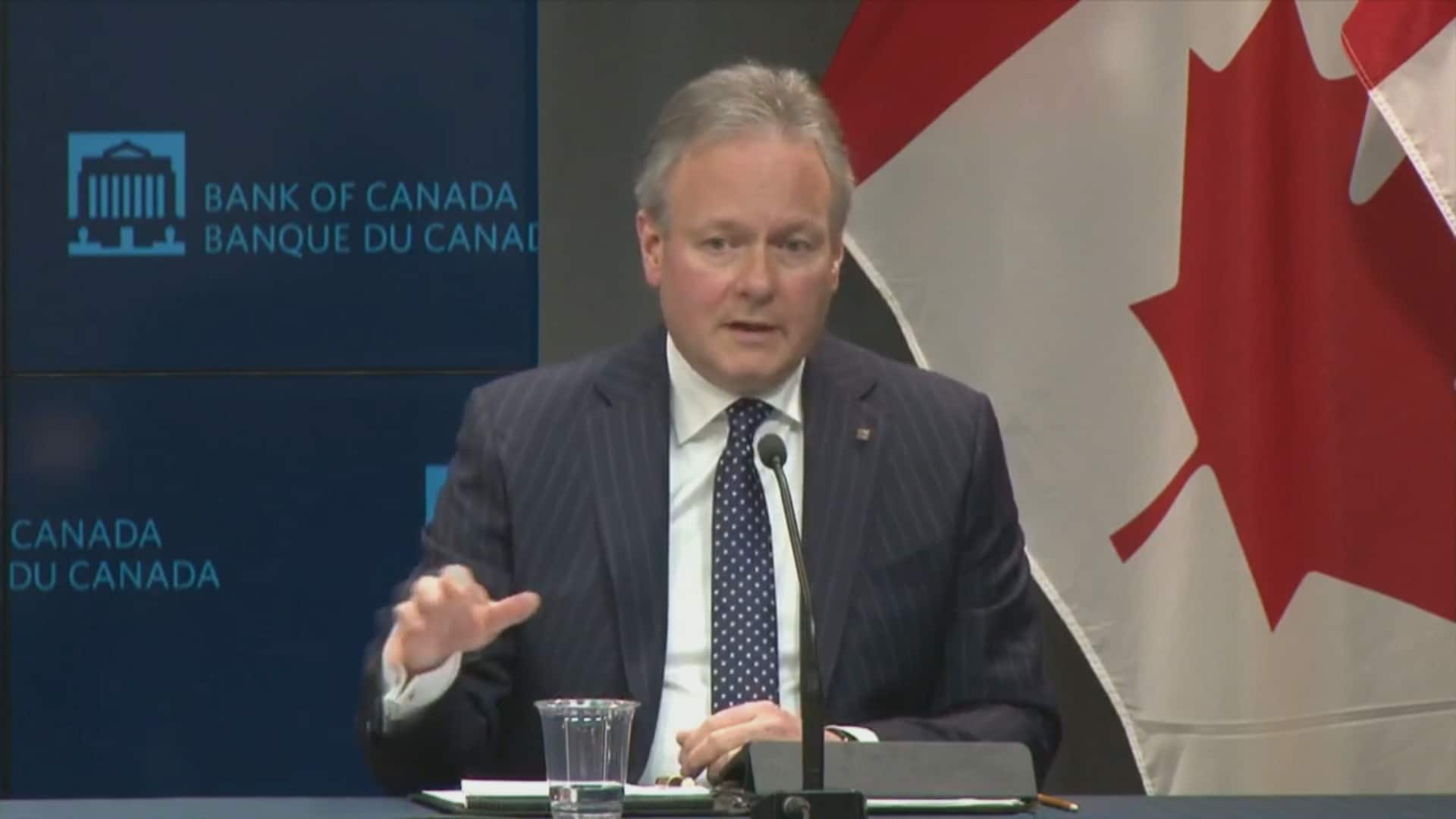 11 months ago
2:23
Governor of Bank of Canada Stephen Poloz explains how the federal government’s fiscal measures related to COVID-19 could affect the Canadian economy. 2:23

"It's the funding markets where the functioning is really important," Poloz said. "That's where most of our work has been in — to ensure in some way that those markets are working so they can be tapped."

Cutting interest rates is a direct way to help stimulate the economy. But the two debt-buying programs target the same goal in an indirect way: By making sure any credit-worthy borrower has access to cash, and making sure banks have enough of it on hand to lend it to anyone that needs it.

Royce Mendes, an economist with CIBC, said the moves make it clear that "the Bank of Canada joined the string of central banks throwing the kitchen sink at the economy."

"While central bank stimulus can't bring the economy back to life on its own, the Bank of Canada's actions will help alleviate some of the pain and support the recovery, whenever that begins," Mendes said.

Poloz said the bank is willing to use any tools at its disposal to help stabilize a Canadian economy that has been waylaid by COVID-19.

"A firefighter has never been criticized for using too much water," he said.