Higher sales in a number of major markets, most notably Toronto, helped push the average price of a Canadian home up 6.5 per cent in September compared with a year earlier. 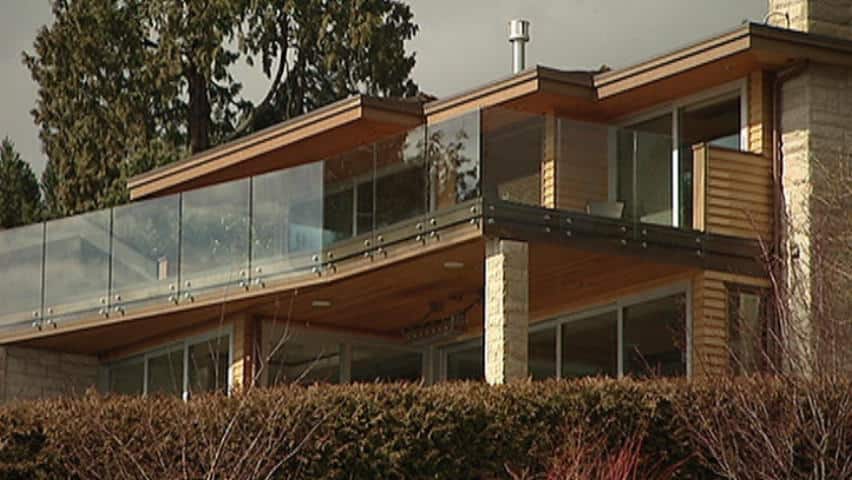 9 years agoVideo
3:36
Higher sales in a number of major markets, most notably Toronto, helped push the average price of a Canadian home up 6.5 per cent in September compared with a year earlier. 3:36

Higher sales in a number of major markets, most notably Toronto, helped push the average price of a Canadian home up 6.5 per cent in September compared with a year earlier.

The Canadian Real Estate Association said Monday the average price for a Canadian home sold in September was $352,600. In June, the average was $372,700.

Market watchers say the national average price in the spring was being skewed upward by sales in some expensive Vancouver and Toronto neighbourhoods.

The 6.5 per cent annual gain is the smallest since January.

CREA stats show the average selling price in September fell by a seasonally-adjusted 0.4 per cent from the month before. Big month-over-month declines were recorded in Victoria (down 9.7 per cent), Saguenay (down 11.9 per cent), and Vancouver (down 3.7 per cent).

"Canadian housing continues to look balanced and healthy, as low mortgage rates and a falling jobless rate are offsetting weaker consumer confidence and tighter mortgage rules," writes Robert Kavcic, an economist at BMO Capital Markets. "We continue to expect sales and prices to cool in the year ahead, but the landing should be a soft one," he says.

The number of homes sold in September was up 2.7 per cent from August and was 11 per cent higher than a year ago.

The real estate association says the real estate environment market is balanced in two-thirds of the country's local markets, meaning that the sales-to-new-listings ratio was between 40 and 60 per cent.

New listings in September were up from August in Toronto, Montreal, Ottawa, Oakville and Vancouver. The number of new listings fell in Edmonton and the Fraser Valley.

"Interest rates are expected to remain low for longer, and evidence suggests that recent changes to mortgage regulations are preventing the kind of excesses they were designed to avert," said CREA chief economist Gregory Klump.

In January, Finance Minister Jim Flaherty announced tighter mortgage rules to address concerns over high Canadian household debt levels. Among other things, Ottawa lowered the maximum amortization period for a government-insured mortgage from 35 to 30 years. It also lowered the upper limit Canadians could borrow against their home equity from 90 per cent to 85 per cent.

Some mortgage brokers are currently offering fixed five-year mortgages for as little as 3.25 per cent and sometimes lower, according to a Monday post on the mortgage blog, CanadianMortgageTrends.com.

But that blog is also reporting that lenders have recently been dropping the discount they're offering on variable rate mortgages. "Just weeks ago, you could find variable-rate mortgages at prime minus 0.80 per cent or better," writes Rob McLister, a mortgage broker who runs CanadianMortgageTrends.com.  "Banks are now commonly quoting prime rate [3.0 per cent], for example, with little discounting".