Oil and gas industry leaders in Alberta are applauding Prime Minister Justin Trudeau's appointment of former federal cabinet minister Anne McLellan as an unpaid adviser to the federal government on issues of interest to Western Canada.

In the wake of a federal election that saw the Liberals shut out of Alberta and Saskatchewan, oil and gas industry leaders are applauding Prime Minister Justin Trudeau's appointment of former federal cabinet minister Anne McLellan as an unpaid adviser to the government.

McLellan's role is to help bridge the gap on issues such as energy, environment and equalization between the federal government and Western Canada, where feelings of alienation are on the rise.

"We're hopeful that she will be a helpful source of advice and insight to support the Trudeau government," said Ben Brunnen, a vice-president with the Canadian Association of Petroleum Producers, during a presentation last week to industry members in Calgary.

McLellan was the member of Parliament for Edmonton West, later Edmonton Centre, from 1993 to 2006 under the Liberal governments of Jean Chrétien and Paul Martin.

She had a role in the growth of the oilsands industry in the Fort McMurray region. In 1995, as minister of natural resources, McLellan was Ottawa's point person on the Oilsands Task Force, which resulted in tax cuts at both the provincial and federal levels.

At the time, Chrétien's Liberal government introduced the accelerated capital cost allowance to help oilsands producers quickly write off the cost of their investment.

The initiatives helped stimulate tens of billions of dollars in spending.

Used to reaching across party lines

McLellan has often found support across the political spectrum, which may help her when negotiating with the Prairies, which, with the exception of seven seats in Manitoba and one in Alberta, were painted Tory blue in last month's election.

For instance, in the 2004 federal election, a group of former provincial Progressive Conservatives publicly endorsed her against the Conservative candidate in her Edmonton riding.

"We believe that McLellan has been an exceptional representative not only for her riding but for the city of Edmonton and for the province of Alberta," said Dennis Anderson, a former Alberta PC cabinet minister, at the time.

They wanted to make sure the province didn't lose a key ally in the nation's capital.

In the absence of any Grits elected in Alberta last month, McLellan will again need to act as a conduit between the province and Ottawa.

"Anne McLellan really stood up for the oil and gas industry," said Gary Mar, the president of the Petroleum Services Association of Canada.

Mar, a former provincial cabinet minister in the Conservative government of Ralph Klein, was a law student of McLellan's during her time at the University of Alberta. He was also her provincial counterpart when she was federal health minister in 2002 and 2003.

Mar said she was a strong advocate for the oilsands at the time.

While McLellan is not a member of the cabinet, Mar said he hopes "she would provide the same kind of advice to the prime minister on how we can develop energy in a responsible way and meet our environmental targets."

WATCH | Gary Mar, president of the Petroleum Services Association of Canada, talks about McLellan's track record of standing up for the oil and gas industry: 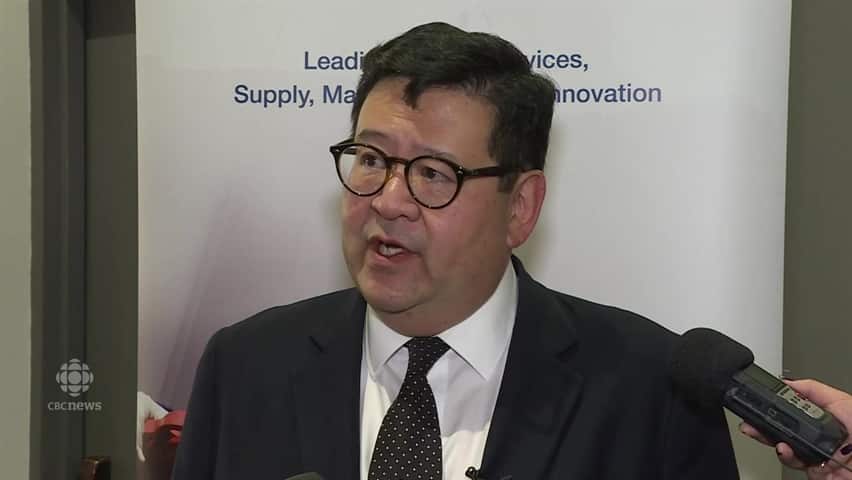 1 year agoVideo
1:33
The president of PSAC said McLellan made significant changes to allow the oilsands to be developed. 1:33

McLellan's role as Alberta's voice in Ottawa wasn't always easy, especially when she was working with strong personalities such as Klein and Chrétien.

Although Klein was sometimes critical of her performance, in 2002, he praised her appointment as health minister in the wake of a battle between Alberta and Ottawa over health care reform.

"Anne knows Alberta, and she's been very co-operative on a number of matters," he said at the time.

The challenge of bridging the gap between Alberta and the federal government might be more difficult these days. However, McLellan is the rare "political unicorn" who is up to the task, according to Marcella Munro, a senior strategist with KTG Public Affairs.

"Regardless of your political stripe, she would be a pretty hard person to throw darts at, in terms of her stature," said Munro.

McLellan has earned respect across the board, she said — from corporate Alberta, the charities she supports and political rivals.

Munro said one of the mistakes the Liberals made last term was to use the so-called ministers' regional offices in cities such as Calgary to handle logistics during visits by the prime minister rather than to maintain relations and communication between the province and Ottawa.

The offices exist in 16 cities across the country and are meant to help facilitate government business and serve visiting ministers and federal officials.

Past governments, Munro said, staffed the offices with senior people who reported back daily to Ottawa.

"You could rely on those folks to be a very quick pipeline to the Prime Minister's Office," said Munro. "You knew that you could give advice and critique policy. They could also give you advice."

Even with McLellan in place, the federal Liberals should still appoint an additional two or three people to be their ears on the ground in Calgary and Edmonton, Munro said.

Munro served in a role like that under the NDP government as Premier Rachel Notley's advisor in Calgary.

"Calgary's political culture is very specific," she said. "It's a big city personality but a tighter amount of people, so the way issues get framed travels very quickly here," she said.

"If you're not here, if you're not at those breakfast meetings and conferences every week, you're not going to pick up quickly enough, as a policymaker, what is going on."