A 19-year-old inventor from B.C., whose creations include a flashlight that runs off the heat of the human hand and a mug that uses heat from a drink to charge a phone, is among several Canadians named to Forbes magazine's annual 30 under 30 lists.

Inventor hopes to get flashlight creation into production this year 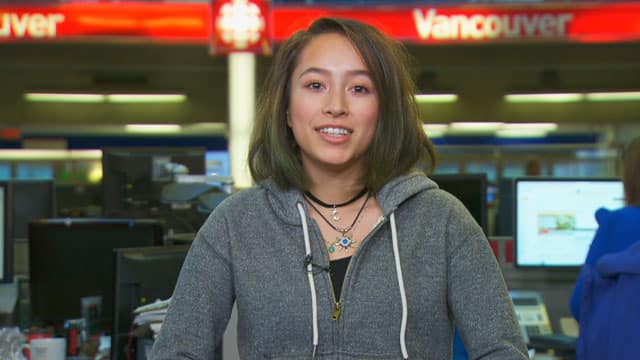 4 years ago
5:42
Canadian Ann Makosinski, 19, talks about her inventions and ambitions 5:42

A 19-year-old inventor from B.C., whose creations include a flashlight that runs off the heat of the human hand and a mug that uses heat from a drink to charge a phone, is among several Canadians named to Forbes magazine's annual 30 under 30 lists.

Ann Makosinski, who is originally from Victoria and is now a second-year student at the University of British Columbia, made the Forbes list in the energy category.

Named to the list in the marketing and advertising category is Devon Galloway, the co-founder and chief technology officer of Kitchener, Ont., company Vidyard.

At another Kitchener-based firm named Thalmic Labs, co-founders Stephen Lake, Matthew Bailey and Aaron Grant are among those honoured in the consumer technology category.

Starting when she was seven years old, Makosinski would make things with a hot-glue gun and stuff she found at home.

"I'd take garbage and I'd glue them together and create inventions," she told CBC News.

"Of course, they never worked, but the idea of taking the resources around me and piecing them together to make something better or to solve a problem was kind of there from the start."

Makosinski said her e-Drink mug is currently a functioning prototype, and she hopes that once she gets her Hollow Flashlight into production this year that she will have more time to work on the mug with some professional electrical engineers.

Something that catches people by surprise, she said, is that she is studying English literature at university.

"I think it is important to have a balance of science and arts to be able to be accessible in either fields," she said. "It's just that has interested me, but I still do all my science and business outside of school."

The young inventor's creations had already earned her accolades, including being named to Time's 30 Under 30 list for 2013, and a win in her age group at the 2013 Google Science Fair.

She has also appeared on Jimmy Fallon's late-night television show and has delivered five TEDx talks.

At Thalmic Labs, co-founders Lake, Bailey and Grant all graduated from the University of Waterloo and started their company in 2012. They produce a wearable device called the Myo armband, which lets users run their computer or other devices touch-free through motion control.

The company currently employs about 150 people. In September, the trio announced they had secured about $160 million in financing to help their company move beyond the Myo.

Also in the Kitchener-Waterloo region is 29-year-old Devon Galloway, who co-founded Vidyard in 2010. The company's video-marketing platform has a client list that includes LinkedIn, Honeywell, Netsuite and Lenovo.