Alberta and Saskatchewan to play catch-up on green energy spending

Alberta and Saskatchewan are renewable energy laggards, while Ontario and Quebec are leaders, according to a new report from Clean Energy Canada.

Government policy dictates where money is spent on renewable energy

Alberta and Saskatchewan are renewable energy laggards, while Ontario and Quebec are leaders, according to a new report from Clean Energy Canada.

The organization added up all the clean energy projects constructed in 2015 across the country.

About $78 million was spent in Alberta and $60 million in Saskatchewan as a single wind project was constructed in each province.

Meanwhile, investment in Ontario was $5.3 billion, more than half of total clean-energy spending.

"The simple answer is: policy matters. In provinces where they have made building out renewable energy as a priority, both economically and environmentally, that's creating a really attractive environment for investment dollars," said Dan Woynillowicz, with Clean Energy Canada.

Ontario had set a goal of phasing out coal-fired power plants and boosting renewable energy production.

"Initially they were using something called a feed-in tariff, which did pay a premium for renewable energy. They have now gone to a competitive process where renewable energy developers are competing on a cost basis for contracts," said Woynillowicz.

Ontario electricity prices have continually risen since 2008, leading to complaints. An official cited increased costs of nuclear and hydro-electric power plants, as well as costs from renewable sources, such as wind and solar. 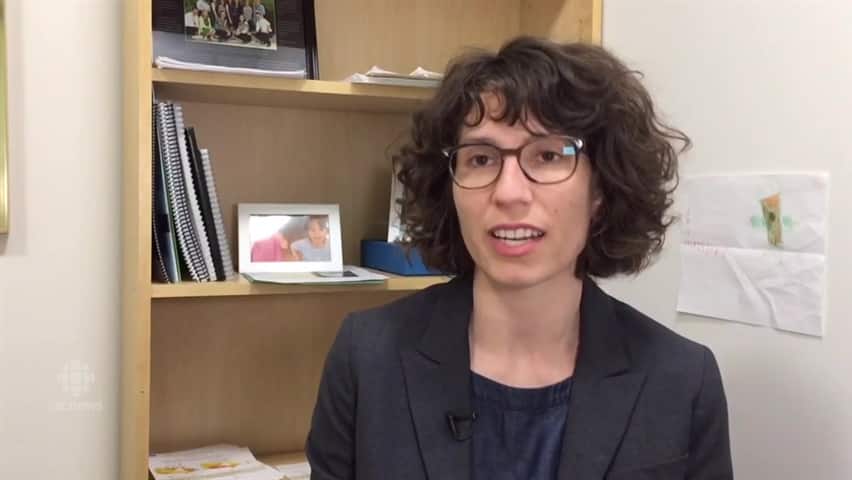 5 years agoVideo
0:38
Tens of billions of dollars in public and private money is expected to be invested in Alberta and Saskatchewan between now and 2030 0:38

Opportunity on the Prairies

The spending picture will change dramatically across the country as renewable energy targets are set and governments announce ambitious plans to address climate change.

In order to build renewable energy projects the most important thing is to get revenue certainty.– Dan Balaban, Greengate Power Corporation

In particular, tens of billions of dollars in public and private money is expected to be invested in Alberta and Saskatchewan between now and 2030. Alberta's goal is to rely on renewables for 30 per cent of electricity consumption by that year, while Saskatchewan has a 50 per cent renewable energy target.

"The good thing about that long-term commitment is that you get some market clarity and get some companies willing to make investments, because they can see the long-term horizon," said Sara Hastings-Simon, with the Pembina Institute in Calgary.

Those two provinces are expected to experience the largest increase in renewable energy spending in the near future.

"As long as they put in place the right kind of policies for that, then I think we will see investment numbers go up significantly in Alberta and Saskatchewan in the coming years," said Woynillowicz.

The Alberta government will announce in the fall its renewable energy program before it begins to accept bids from the private sector by end of the year.

"In order to build renewable energy projects, the most important thing is to get revenue certainty," said Dan Balaban, founder of Calgary-based Greengate Power Corporation, which developed one of the largest wind farms in the country and plans to bid on contracts from the Alberta government.

"This is an optimistic time for the renewable sector and we're anxiously awaiting the details of the government policy," he said.

In the last year, most of the $1.9 billion spent in Quebec went toward wind power, while much of the $1.2 billion invested in Atlantic Canada was focused on Newfoundland and Labrador's Muskrat Falls hydro project.

Manitoba experienced an investment of $704 million and B.C. had $790 million in 2015. There was no money spent in Canada's North.
CBC's Journalistic Standards and Practices|About CBC News