Albertans have started to pay a carbon tax on gasoline and home heating and they've been eligible for subsidies on LED light bulbs, insulation, windows and solar panels. The coal phase-out has been negotiated, and an auction is underway to bring more renewable power to the province.

6 months into carbon plan, Alberta's changes look made to last, no matter what party governs province

In the past six months, Albertans have started to pay a carbon tax on gasoline and home heating and they have been eligible for subsidies on LED light bulbs, insulation, windows and solar panels. The coal phase-out has been negotiated, and an auction is underway to bring more renewable power to the province.

The provincial government has been galloping through the implementation of its plan, almost as though there is a deadline to hit. Which there may well be.

There's a fair bit of political turmoil in the province at the moment, with the right of centre opposition parties, Wildrose and the Progressive Conservatives, considering a merger. They split the conservative vote in 2015 and have a common desire to kill the carbon tax.

But can they? Or is Alberta simply too far along the road already? Let's figure that out.

The current $20 per tonne carbon tax is the most visible of Alberta's climate policies. It amounts to about five cents a litre on gasoline and $1 a gigajoule on natural gas home heating, with subsidies offered to lower-income Albertans. Both those taxes are set to rise in January 2018, as the carbon tax rises to $30 per tonne.

On the surface, it would be relatively easy to kill the provincial carbon tax, if a new government were to be elected in the spring of 2019. However, that's not a permanent fix, because it's expected that the federal government also will have  implemented a tax by then. In the spring of 2019, the federal tax would be $20 per tonne, moving up to $30 per tonne in 2020.

"In the case of carbon pricing, there is a strong federal backstop," said Sara Hastings-Simon of the Pembina Institute, a Calgary-based environmental think-tank.

"So the real choice in the province is between designing and implementing a carbon pricing policy that is designed with Alberta in mind and would address Alberta's competitiveness, or having the federal government impose something on you."

Industry is facing a slightly different set of rules. Large GHG emitters will also pay a $30 per tonne tax beginning in 2018, and will be offered subsidies based on the energy efficiency of their operations. The goal is to ensure they remain competitive with the rest of the world.

That means that companies like Cenovus, with relatively low emissions per barrel produced, would make gains from the tax, while less efficient companies pay more, according to Trevor Tombe, an assistant professor of economics at the University of Calgary. 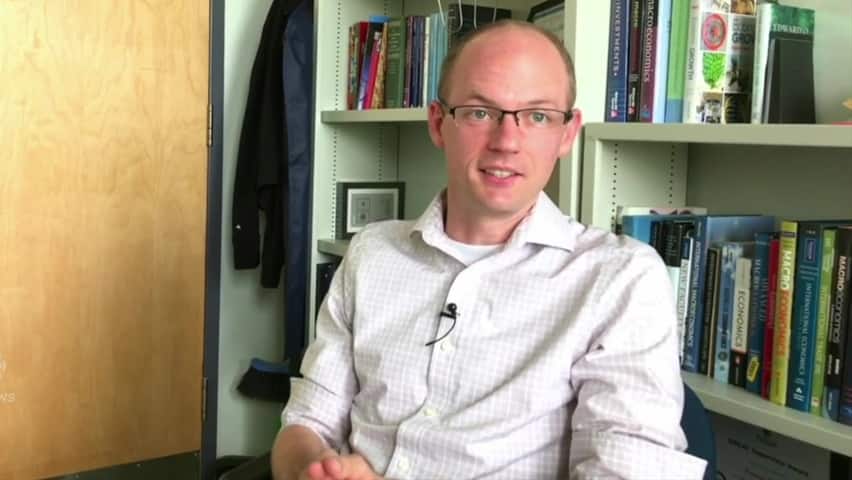 Tombe points out the industry carbon tax has not been as controversial as the consumer tax.

"It's something where you don't hear a lot of opposition among opposition parties," he said

A pillar of Premier Rachel Notley's climate change plan is a cap on oilsands emissions, which critics argue could stifle future growth.

The 100 megatonne limit is still at least a decade away and has a mix of supporters and opponents in the oilpatch.

Recently, an oilsands advisory group recommended the government publish annual data on oilsands emissions and eventually levy fines if the emissions limit is ever breached.

Of all the carbon policies of the NDP, this seems the easiest to wipe out.

"It's just a policy that exists on paper, and to the extent that it even exists on paper is very, very vague," said Tombe. "It would be extremely easy to get rid of with the stroke of a pen and it would have almost no consequence whatsoever."

However, if a new government removes the cap, there could be a risk to the oilsands' reputation.

"It doesn't help industry to be seen as a laggard on the environment, and what helps industry is to have certainty about planning for the future," said Hastings-Simon with the Pembina Institute.

Although the carbon tax gets the most attention, the key element of Alberta's climate policies is the phase out of coal-fired electricity by 2030.

Phasing out coal packs the biggest punch for reducing the province's emissions and has largely been negotiated, although at a hefty price tag.

Alberta committed to pay $1.36 billion to three companies to shut their coal-fired plants early, contracts that cannot be broken under a new government.

Layered on top of that are federal regulations that require the phase-out of coal by 2030. And then there is the economics of power generation. Alberta's two largest coal power producers have chosen an earlier phase-out of their coal-powered plants to natural gas because of price.

"So even if you as a government didn't want to require a coal phase-out and if the federal government stopped its requirement, I think the economics in that business will make that transition anyway, just because natural gas is so cheap," said Tombe.

The subsidies being offered to individuals range from efficient lighting to hot water heating to solar to insulation to appliances. There are many to choose from, but the program could easily be kiboshed by a new government. The question is whether there would be a political price to pay?

"I think that's a type of program that crosses party lines," said Tombe. "Alberta was unique among all provinces in terms of not having an energy efficiency program, so I'm not sure that will have the same right/left split that the carbon tax has generated."

Premier Notley also took aim at methane emissions with a target of cutting them by 45 per cent by 2025. A new provincial government would be hard pressed to reverse this decision.

Not only are methane gases more potent than other emissions and more cost-effective to capture — but Canada and the United States have signed a deal to meet a similar target. There isn't much Alberta could do to act unilaterally against the international agreement.

The oil industry does not anticipate methane rules to be relaxed anytime soon.

"Methane requirements and methane reductions are not going anywhere." said Patrick McDonald, director of climate for the Canadian Association of Petroleum Producers. "The opportunity is there and the technology is being developed to help us advance this. This is something that will be around for a while."

Alberta's NDP has a goal for 30 per cent of Alberta's electricity to come from renewables by 2030. To reach the "30 by 30" target, the government wants to add 5,000 megawatts of renewable power.

The government is auctioning off subsidies to private companies who build large renewable energy projects.

Companies are bidding on the first contract for 400 megawatts, which will be granted near the end of the year and would be operational in 2019. Similar contracts are expected in 2018 and 2019.

If a new government decides to halt the program after the 2019 election, it will be easy to stop, but contracts already signed would be difficult to tear up.

"You can imagine those auctions stopping under a new government, but it would be very difficult to unwind any of the commitments that were made previously," said Tombe.