While the Canadian Transportation Agency states airlines only have to offer travel vouchers for cancelled flights during the COVID-19 pandemic, both the European Union and the U.S. have declared that passengers are entitled to cash refunds.

Some Canadians were promised refunds but got travel credit instead

While the Canadian Transportation Agency states airlines only have to offer passengers travel vouchers for cancelled flights due to the COVID-19 pandemic, both the European Union and the U.S. have declared that — under their rules — passengers are entitled to refunds.

"Canadians should have the same rights to get their refund," said passenger Olinda Vieira of Toronto. Although Sunwing initially promised her family a refund after cancelling their March 17 trip to Cuba, the airline issued a credit for future travel instead, she said.

"In my view, they're keeping [my money] hostage."

Vieira is one of dozens passengers who complained to CBC News after receiving a credit or voucher instead of a refund for flights cancelled by Canadian airlines during the pandemic.

Due to a huge decline in air travel, airlines worldwide have been forced to cancel many flights or, in some cases, suspend operations entirely.

On March 18, the European Commission clarified that airlines must offer refunds for cancelled flights, as laid out in its EU passenger rights regulations.

On April 3, the U.S. Department of Transportation (DOT) also ordered airlines to offer refunds during the pandemic.

"The obligation of airlines to provide refunds … does not cease when the flight disruptions are outside of the carrier's control," said DOT in a statement.

DOT said its rules also apply to foreign airlines cancelling flights to and from the U.S. That means a Canadian airline cancelling a round-trip flight from, say, Toronto to Miami must offer passengers full refunds.

According to EU rules, Canadian airlines cancelling flights departing from Europe, including the U.K., must offer up refunds. 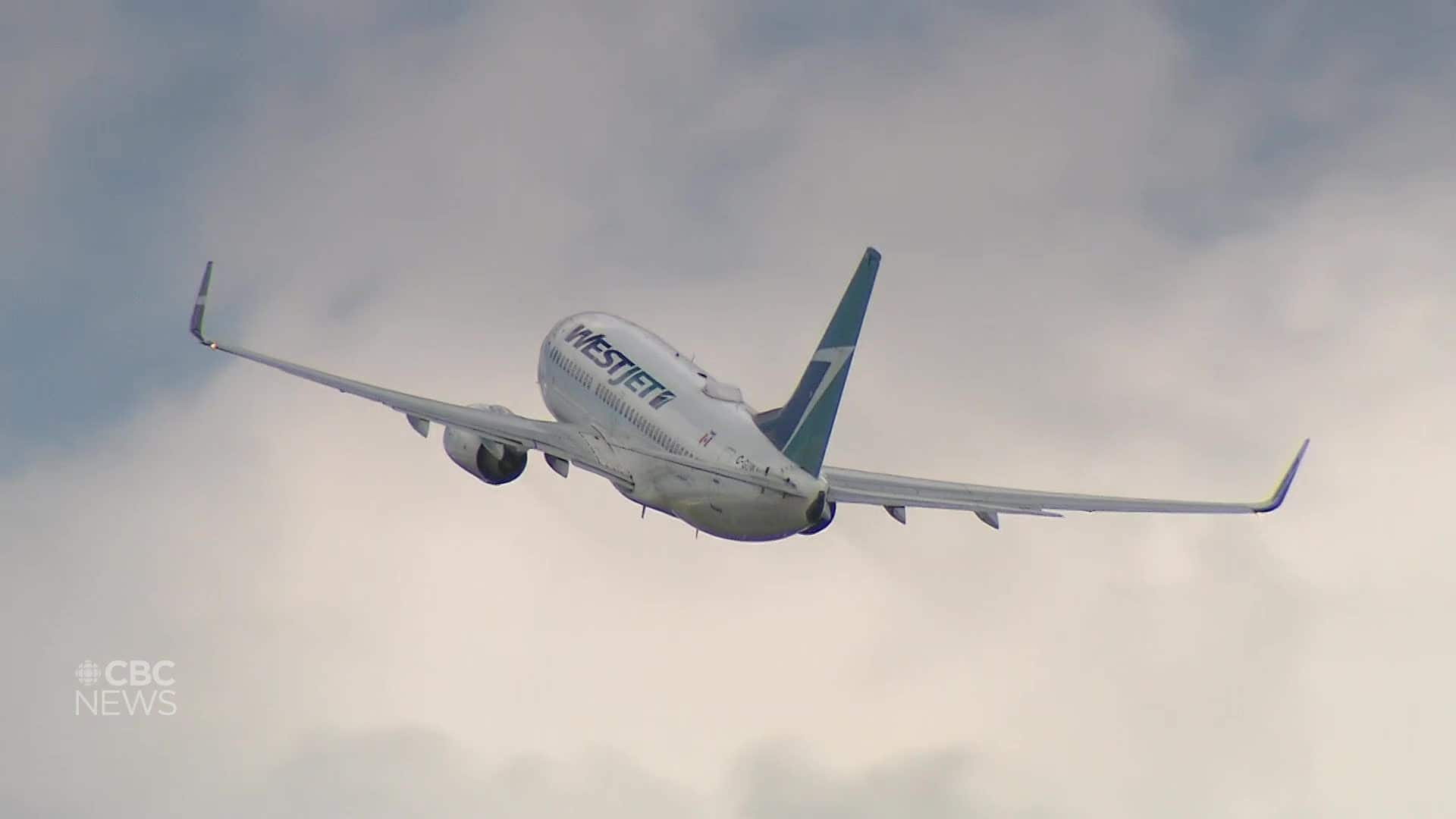 11 months ago
2:11
Lack of air travel around the world could affect the accuracy of weather forecasts. 2:11

On their websites, major Canadian airlines Air Canada, WestJet, Air Transat and Sunwing state they're currently providing credit for cancelled flights which must be redeemed within 24 months.

CBC News asked all four airlines if they will issue refunds for flights that fall under U.S. and EU rules.

Only Sunwing responded, saying only its cancelled flights to Florida are affected, and that it's waiting on advice from its U.S. lawyers on how to proceed.

Air passenger rights expert Christian Nielsen said airlines are obligated to pay up, but because their revenues have plummeted during the pandemic, passengers may face difficulty collecting refunds under EU and U.S. rules at this time.

"Remember that you have this right to a refund and claim it a little later when that airline's cash situation improves," suggests Nielsen, chief legal officer with AirHelp, a company that pursues compensation claims for passengers for a fee.

Passengers can also file a complaint with DOT or a European enforcement body for EU passenger rights.

CTA says it's striking a balance

The Canadian Transportation Agency (CTA) issued its position on March 25, stating airlines only need to provide travel vouchers for flights cancelled due to the pandemic.

The airline watchdog said that Canada's air passenger regulations — which cover flights to, from and within Canada — only require that airlines ensure passengers complete their trip for flight cancellations caused by reasons outside of their control.

The agency said in an email to CBC News that its position "strikes a balance" between passengers' rights and airlines, which are suffering financially during the pandemic.

But passenger Vieira said she feels her rights have been violated because Sunwing initially committed to refunding her cancelled $3,413 March vacation package for herself and two family members. On March 16, the family also saw a message Sunwing posted to Instagram — since deleted — saying that it was issuing refunds.

On the same day, the airline announced in a news release that passengers whose flights were cancelled "will be eligible for a full cash refund."

Even so, Vieira never got a refund. Instead, she said she learned on March 30 that Sunwing was now offering only travel credits.

"They're going back on their word," she said. "It's very concerning that during these times ... they're trying to keep people's money."

We had to make adjustments

Sunwing had to adjust its policy due to "changing circumstances," said spokesperson Jacqueline Grossman in an email to CBC News.

"We understand that some customers would have preferred a refund, but are confident that during the next two years they will be able to take the flights or vacations they had planned."

Grossman added that Sunwing's policy is in line with other Canadian airlines and the CTA's statement approving credit for cancelled flights.

But passenger rights expert Nielsen argues that the agency's position isn't an official ruling on the matter.

"It's not legally binding on consumers," he said. "You could take it further — and we actually see a class action already."

In late March, a proposed class-action lawsuit targeting Canada's major airlines was filed in federal court, alleging breach of contract for not offering refunds for cancelled trips. The suit has to be certified by a judge before it can proceed.

The CTA declined to comment on the proposed lawsuit and said its current position "provides guidance in a situation without precedent."

The agency added that dissatisfied passengers can file a complaint with the CTA. Vieira's family has done just that.

However, the family may have to wait a while. The CTA has suspended its complaint operations until June 30 to focus on more urgent matters during the pandemic.