Mike Rose, the chief executive of natural gas producer, Tourmaline, says the B.C. and federal governments need to take some blame for the end of Pacific NorthWest LNG.

The CEO of one of Canada's biggest natural gas producers says "government dithering" played a role in the cancellation of a massive liquefied natural gas project in British Columbia.

"They [Petronas] kept getting held up … all levels of government were trying to squeeze more money out of them," said Mike Rose, head of Tourmaline, among the largest gas producers in Western Canada.

Tourmaline was among a slew of shale gas producers in B.C. and Alberta that stood to benefit from gas export through liquefaction. "We're disappointed," Rose said.

Malaysia's Petronas cancelled its $11.4-billion Pacific NorthWest plant on Tuesday, citing lower prices in recent years in export markets in Asia. But Rose said a "more effective, streamlined approval process," would have seen Petronas make a final investment decision on the project three years ago, when prices were much higher.

Other big producers in the region, including Seven Generations, were reluctant to comment on the Petronas decision.

All levels of government were trying to squeeze more money out of them.— Mike Rose, chief executive of Tourmaline

Canadian natural gas has traditionally been locked within the continental network of North American pipelines. But liquefaction allows gas to be transported around the world by tanker, and fetch a higher price.

The Petronas project was conceived when gas prices in Asia were significantly higher. They have fallen in recent years. 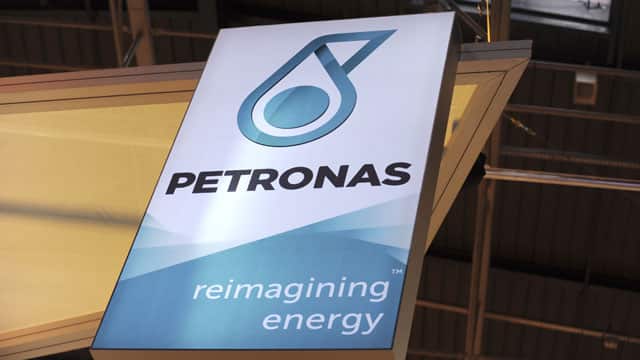 3 years ago
8:22
The panel weighs in on the energy's future after a major LNG project was shelved 8:22

Only 2 large projects on the books

Five years ago, there were more than a dozen LNG projects proposed for the B.C. coast. Now, only two large plans remain, one spearheaded by Royal Dutch Shell, the other by Chevron. Both have been delayed and their futures remain uncertain.

Pacific NorthWest had been considered the project most likely to proceed. But it suffered federal government delays, including additional time granted to the Canadian Environmental Assessment Agency to review the project.

As well, the B.C. government announced a special LNG tax at seven per cent of net income in 2014. Later it cut that figure to 3.5 per cent after capital costs were recovered.

Analysts say many Canadian gas producers are now pinning their hopes on LNG development in the U.S., where one export plant is already up and running in Louisiana, and another is slated to begin shipping from Maryland by year-end.

"I think U.S. LNG is an opportunity for Canadian producers," said Martin King, director of institutional research, GMP FirstEnergy. But relative to building plants on the B.C. coast, he described that opportunity as "thin and distant."

Despite that, Canadian producers are looking south. Seven Generations confirmed it is already shipping as much as 100 million cubic feet per day to the U.S. Gulf Coast, where the Sabine Pass project has been in operation for more than a year.

Seven Generations spokesperson Alan Boras said the company has been shipping product into that market since late last year. "Any time there is an increase in sales opportunities, that is a good thing for the North American market."

"Between greater gas exports going to Mexico from the U.S., the greater pull of LNG out of the U.S. and just general improvement of the market next year, I think all these factors come together to improve the overall price of natural gas and that will feed back to a better price of natural gas in Canada," King said.

By the end of the year he expects LNG exports to reach as much a three billion cubic feet, approaching five per cent of total U.S. supply.

King predicts an average 2018 natural gas price, at the benchmark Henry Hub, of $3.75 US per 1,000 cubic feet. That price is currently hovering around $3 US.

Kate MacNamara is a New Zealand-based journalist. She was a Calgary-based national business reporter for CBC Radio from 2007 to 2017.