Does the loser have to concede for results to be confirmed? Your U.S. election questions answered

Does one of the candidates have to concede for the election results to be confirmed? When are mail-in votes counted? Is it too late for Americans in Canada to vote? Why do Americans give a party affiliation when they register to vote? Here are the answers to your latest questions on the 2020 U.S. election.

Also: Is it too late for Americans in Canada to vote?

From concession protocol, to mail-in ballots and Americans voting from Canada, we're tackling what you want to know about the 2020 U.S. election. Email us your questions to ask@cbc.ca and we'll answer as many as we can here on CBCNews.ca, on CBC News Network and directly via email. (And keep your COVID-related questions coming to COVID@cbc.ca.)

Does one of the candidates have to concede for the election results to be confirmed?

The world will be watching to see how the loser of the presidential race will respond to the results, whether it be on election night or in the days or weeks that follow.

Barry M. wanted to know if one of the candidates has to accept defeat for the results to be confirmed.

The answer is no.

"A candidate's refusal to concede has no effect on the necessary steps that unfold after election day to finalize the result," said Joshua Geltzer, executive director of Georgetown University's Institute for Constitutional Advocacy and Protection.

That process includes a meeting of the electoral college in December, as well as a joint session of Congress in January, he said.

So, while concession speeches aren't legally necessary, they are "symbolically and politically important as a nod to the peaceful transition of power," said U.S. political historian Allan Lichtman.

WATCH | Trump would not commit to peaceful transfer of power: 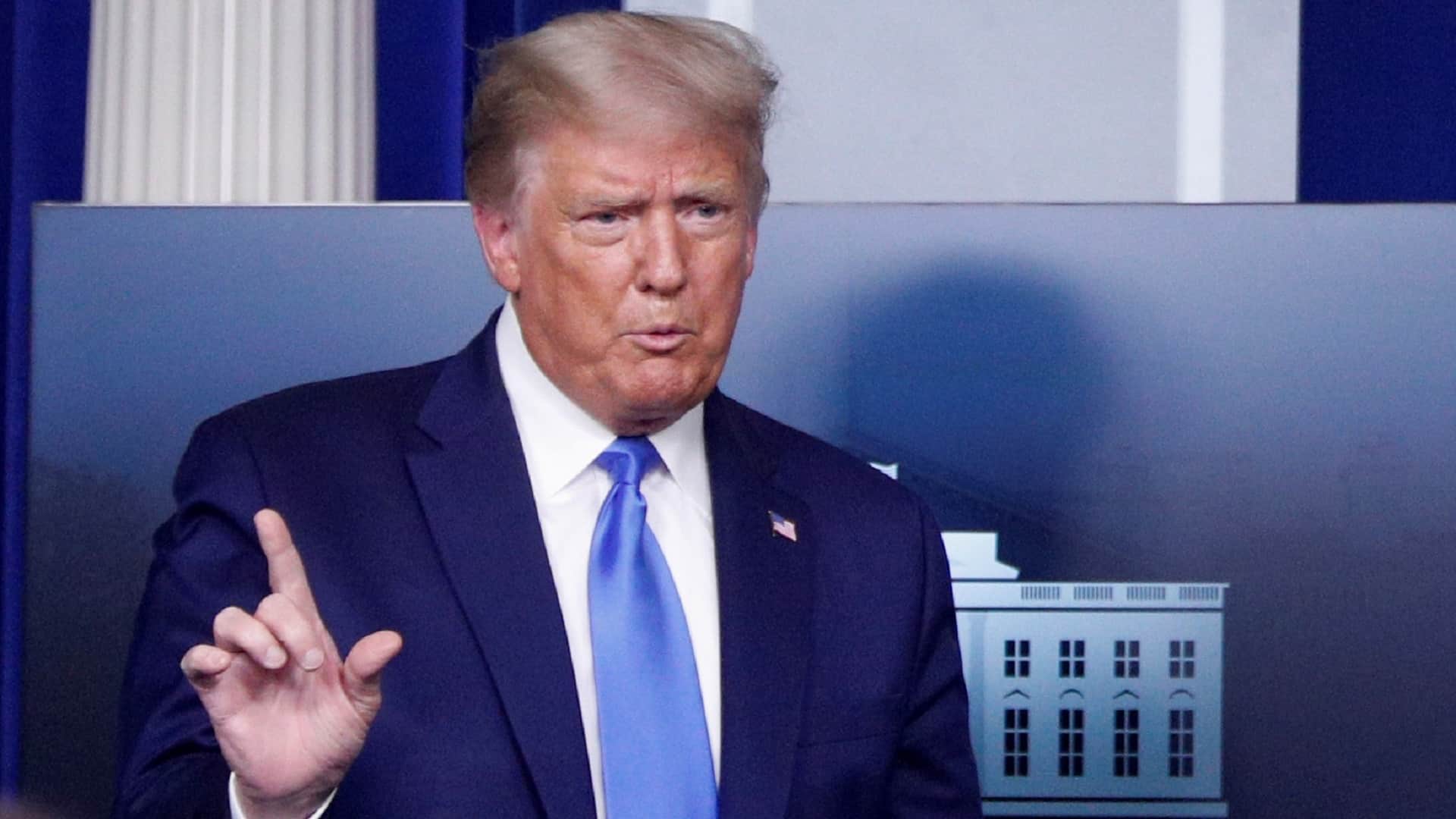 Trump not committing to peaceful transfer of power

5 months ago
0:46
When questioned by a reporter, U.S. President Donald Trump was unwilling to commit to a peaceful transfer of power should he lose the election in November, repeating concerns over mail-in voting. 0:46

It's a courtesy that Lichtman says every candidate in modern American politics has honoured — just not always on election night.

In 2000, Al Gore famously conceded to George W. Bush on election night, but retracted it when Florida's results became too close to call. Then, after weeks of legal battles over recounts in the state, Gore eventually gave up and conceded.

And after a night of close results in 2004, Democratic candidate John Kerry held off conceding until the next day, also to Bush.

"They legitimize the victory of the other side and it sends a message to supporters that they need to accept the results of the election," she said.

Concessions also emphasize that democratic elections are a peaceful process at their core, she said.

It's worth noting that regardless of a concession, if the race is close or contested and neither candidate gets to 270 electoral college votes, there is still a path to the presidency through the 12th Amendment.

When are mail-in votes counted?

In a year where Americans have turned out in record numbers to cast ballots in early voting, about two-thirds of those coming by mail. Jan S. from Bracebridge, Ont., wants to know when the mail-in votes are counted.

The answer depends on the state. Each one has their own set of rules governing mail-in ballots.

In the battleground state of Florida, elections supervisors can start counting votes more than three weeks before the election. But in New Hampshire, they can't start the count until after polls close on election day.

Some states — including Pennsylvania, Minnesota, North Carolina and Texas — will even count mail-in ballots received after election day, providing they are postmarked on or before Nov. 3.

One thing that is the same across the board: no state is allowed to reveal results before election day. But final results could take weeks.

Is it too late for Americans in Canada to vote?

There are about 620,000 Americans citizens living in Canada who are eligible to vote via absentee ballot.

Tracie M. wanted to know if there was still time for them to vote.

The answer is maybe.

According to the Federal Voter Assistance Program (FVAP), the deadline depends on the rules of the state where you last lived. For example, if your state of residence was Florida, you would have had to:

Voters from Florida who missed the deadline to request a mail-in ballot can still request an email, online or fax ballot for voting on or before Nov. 3.

It's a lot simpler if you're from Washington. Voters from that state can register and vote online on the day of the election. You can see the state-by-state rules on the FVAP website.

Why do Americans give a party affiliation when they register to vote?

With the U.S.'s two-party system, many Americans register and vote along party lines. But Helen D. from Ajax, Ont., wants to know if they have to.

The answer? It depends on the type of election.

For a general election, such as the upcoming presidential and down-ticket contests, registered voters can cast their ballot for whichever candidate they want, and they don't have to register as members of either the Democratic or Republican party.

The reason American voters often decide to declare which party they want to be affiliated with has to do with primary elections.

Many states, like Florida and Pennsylvania, have what are known as "closed primaries."

This means only registered party members can vote for party candidates running in primary elections. This is to deter "cross-over" voting by members of other parties, according to the National Conference of State Legislatures.

How does a candidate win the popular vote but not become president?

In 2016, Trump won the White House even though Democratic candidate Hillary Clinton won the popular vote by nearly three million.

Martin Y. wondered how that works.

It basically comes down to the electoral college. It's not an actual college, but a group of people who cast their votes and have the final say on who becomes president and vice-president of the United States.

Each state gets a certain number of electoral votes based on the number of representatives they have in Congress (House and Senate) for a total of 538.

Then the electors typically vote for the candidate who wins the popular vote in their respective states or districts (with some exceptions), and the candidate who earns 270 or more electoral college votes wins.

Read more on how this process influences campaign strategy here.

With files from Benjamin Blum, Sylvie Thomson and Stephanie Hogan