It's OK if you're still trying to figure out how people can become famous by posting videos online and still don't quite understand what vlogger means. Youtube star Tyler Oakley is here to guide you. 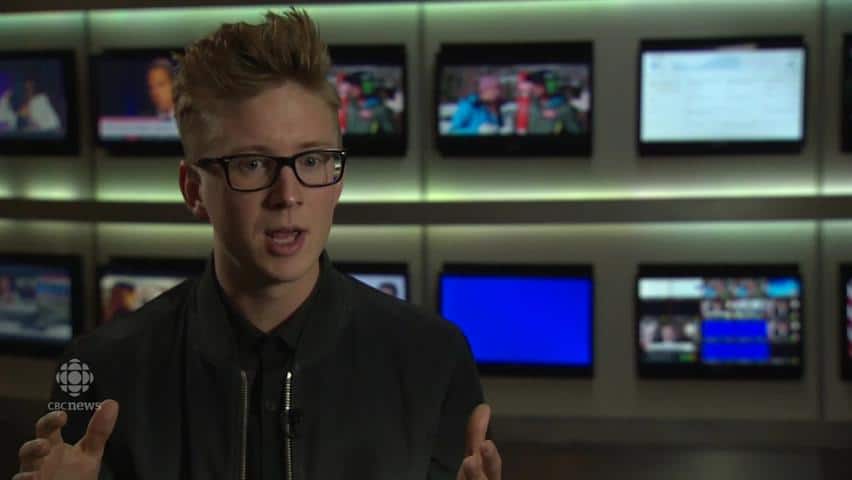 5 years ago
0:43
Online sensation Tyler Oakley talks about new documentary focusing on his life and career 0:43

It's OK if you're still trying to figure out how people can become famous by posting videos online, and you still don't quite understand what vlogger means.

YouTube star Tyler Oakley is here to guide you.

"A lot of people don't know what a YouTuber is," says the 26-year-old YouTube personality, whose channel has 7.8 million subscribers.

"A lot of people don't know what fandom might be. It's one of the first times where I've been able to show somebody who might not know who I am what this world is all about."

He is referring to a new documentary called Snervous. It turns the camera on Oakley, whose candid video blogs (that's where the term vlogger comes from) are snippets of his life and often cover LGBT issues.

Oakley says even fans who think they know him, including his 4.8 million Twitter followers, will see unflattering, embarrassing and deeply personal moments because he had no authority over the making of the film.

For someone who prides himself on being a digitally independent — shooting, editing and starring in his own clips — relinquishing control was the hardest part.

"I was experiencing things in real time," he said. "But it was conversations with people that are about serious things or stressful moments on tour or moments where I had to figure out my own boundaries and things like that, and not be able to say 'OK, turn off the camera' or 'Now that the movie is out, edit those things out.'"

Snervous follows Oakley's YouTube career as he meets fans across the U.S. and parts of Europe while on a sold-out tour.

"It gives a glimpse into a world that a lot of people don't get," he said. "It was just a chance to kind of pull back the curtain and show everything that happens because it's not just 'Film a video, upload it.' There's so much more that happens every single day."

As for the title Snervous, it's a mix of the words scared and nervous.

That`s how he felt, he says, during the making of it all.

With files from Tashauna Reid