English-Canadian readers are increasingly cracking open books translated from foreign writers, but French Canadian titles rarely find the same success outside of Quebec. Now, the Canada Council for the Arts is attempting to bridge the two solitudes of Canadian publishing with its Translation Rights Fair. 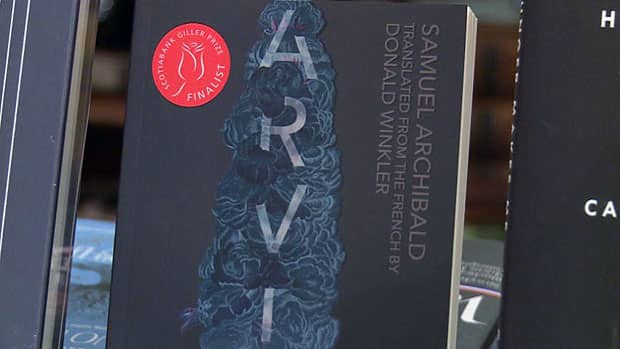 5 years ago
2:06
Eagerly diving into foreign translations, English-Canadian readers are resistant to books by French-Canadians, but the Translation Rights Fair aims to bridge the two solitudes of Canadian publishing 2:06

Dubbed "speed dating for publishers," the annual Translation Rights Fair is a unique opportunity for English- and French-language Canadian publishers to meet, exchange ideas, and pick up new titles. But it's something that doesn't happen often enough.

"Two solitudes is unfortunately not just a cliché, it's really quite true," according to Alana Wilcox, editorial director of Toronto's Coach House Books, who made a trip to Montreal for this year's event.

"We don't pay much attention to what each other are doing in terms of our literary culture."

English-Canadian readers, in particular, still seem resistant to reading translated books originally written in French by authors from Quebec. These books rarely make bestseller lists, even as translations of books by foreign writers such as Sweden's David Lagercrantz and Norway's Jo Nesbo fly off the shelves.

"It's harder to get reviews in national newspapers. There are less awards opportunities as well," said Dan Wells founder of Windsor, Ont.'s Biblioasis Press. Wells has published several Quebec books in translation in the last few years, including the Giller Prize-nominated Arvida.

"The whole cultural infrastructure, in many ways, is sort of slanted against translation."

In the video above, Deana Sumanac-Johnson explores the effect of the Translation Rights Fair and what it may take to open up English-Canadian readers to books by French-Canadian authors.