Billed as the "story behind the headlines," The Square, by Egyptian-American director Jehane Noujaim and featuring actor Khalid Abdalla, presents a gritty, at times visceral documentary look at the revolution in Egypt. 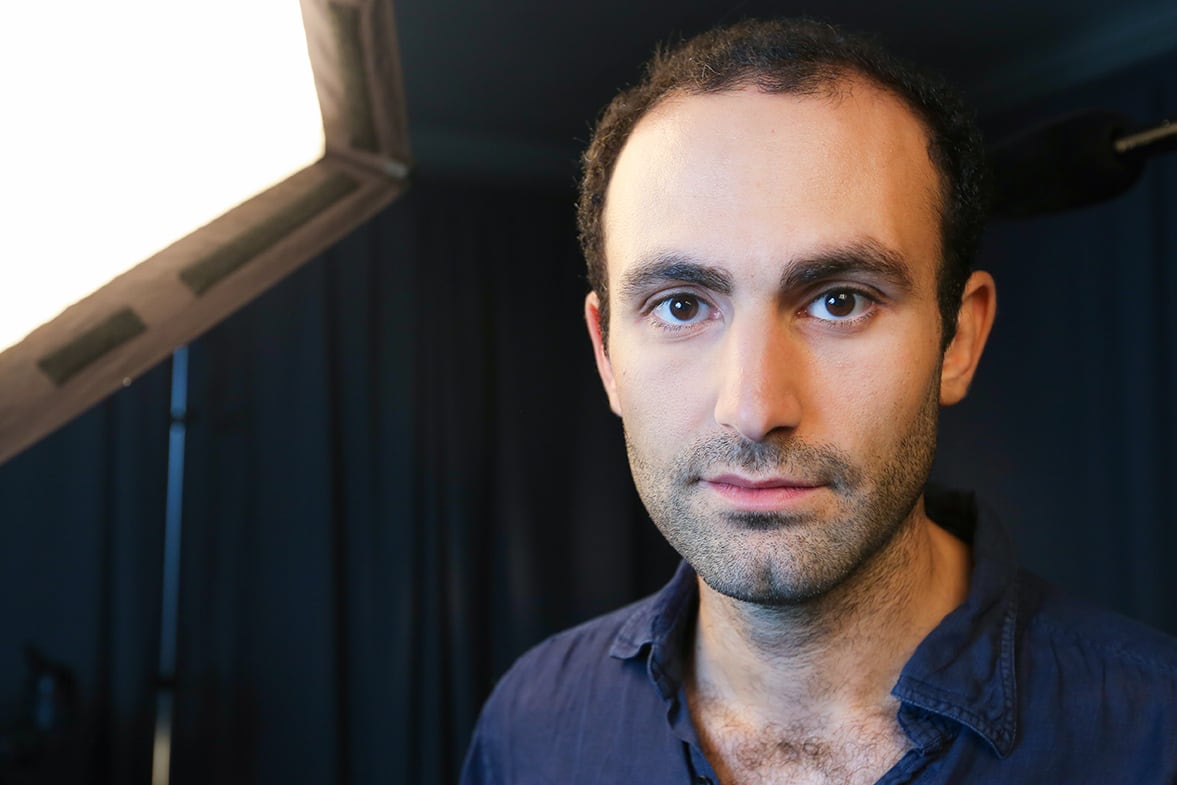 7 years agoVideo
5:38
Actor and film producer Khalid Abdalla spoke with the CBC’s Evan Mitsui about his hopes for the Egyptian revolution and the making of the film. The Square documentary won the TIFF People's Choice award on Sept. 15, 2013. 5:38

Billed as the "story behind the headlines," The Square, by Egyptian-American director Jehane Noujaim, presents a gritty and at times visceral documentary look at the revolution in Egypt from ground level. Using hand-held amateur footage gathered in Tahrir Square the film, which won the People's Choice Documentary Award following its Canadian debut at the Toronto International Film Festival (TIFF), as well as an audience choice award at this year’s Sundance film festival, follows a group of Egyptians through sit-ins, protests and riots since the outset of the revolution two years ago.

One of the central characters, British-Egyptian actor Khalid Abdalla, who starred in the blockbuster films The Kite Runner and United 93, left his life in London to join the revolution in the country of his birth.

Shortly after the first mass gathering in Cairo’s Tahrir Square on January 25, 2011 — a protest that eventually led to the overthrow of Hosni Mubarak and that is cited as the beginning of Egypt’s revolution — Abdalla returned to Egypt and founded the Mosireen Collective, a group of filmmakers-turned-revolutionaries with an eye for documenting the protests in Tahrir Square. A year later the collective’s YouTube channel would become the most watched non-profit channel in the world with over five million views to date.

At the same time, Abdalla teamed up with Noujaim and became involved in the making of The Square, both as a producer and as one of the film's central characters.

Khalid Abdalla spoke with the CBC’s Evan Mitsui for a Q & A session during TIFF.

Q: How has social media and getting cameras into the hands of people on the street played a role in the revolution?

A: In Egypt, the local media is not to be trusted. There is a great deal of censorship and the thing that releases the pressure cooker on truth is social media. Once information, images, are out it's hard for the state media to pretend these things aren’t happening so they have to report on it too.

Things are moving very quickly. In two and a half years we’ve removed Mubarak, and after him the military and then Morsi and the Brotherhood and in the last few months we’ve had the largest protest in perhaps all human history.

The revolution is about change but the rhythm of change is not linear like a nice Hollywood movie. Things don’t go easily. [The Square] is about the low points and what happens when you’re confronted with failure.

Q: Why is it important for The Square to have a Western audience?

A: What’s important to understand about Egypt is that it's the crossroads of every single rotten ideology in the world. The evidence is in the polluted water, the air you breathe, it's in your pay cheque as a worker. The system is broken politically, environmentally and socially and it's important because Egypt is one of the breaking points in terms of the system of global order. It has a huge significance to all of us.

Each form of power following the initial revolution has been an authoritarian one and what has stayed the same is the people of the country have kept fighting for their rights and for a vision of the future they believe in.

A revolution happens when  things are bad. We had 30 years of not really being able to have political parties, a free press, a working judiciary. All the things that make a civil society.

The only thing that will make those happen is the persistence of people.

Q: When will people no longer need to keep a presence in Tahrir?

A: In a democracy, you need to be able to keep those in power accountable. In Egypt we don’t have that ability. The guarantee of the process is people in the street. Of course that is dysfunctional. You don’t want people to have to go into street to make those in power do the right thing.

Everyone wants a shortcut (snaps fingers) but often when you take those shortcuts the route becomes longer.

I’m hugely optimistic because the people have the stamina to guarantee that [Egypt] will be on the path that matches the vision they had at the beginning.

Q: How does news media coverage differ from the story of the revolution you present in the film The Square?

A: News is about events, it’s rarely about people and long form stories like [the one in The Square] allows for a more real cultural engagement.

There is a lot of resentment in the Arab world about how it is presented in media. I don’t think that comes from a malevolent place. It comes from a lack of experience of the region and the people.

Q: What do you want viewers to take away from the film?

A: To understand the revolution in a real way and to reflect on their own democracies. I’d hope [viewers] come out really challenging all the stereotypes they may have about the region and come out of the film and feel like they want to engage. That is ultimately what this revolution is about. It’s about engaging and building a world that you want.

A: I have five films coming out over the next 12 months and a production company in Cairo. So, I will return to Cairo and continue to do the best I can to fight through film.

The next edition of the Toronto International Film Festival will run September 4-14, 2014, said TIFF CEO and director Piers Handling.