The mind-opening concept behind Pixar's new comedy Inside Out

Everyone's got them, but the new animated Pixar comedy Inside Out might be the first family-friendly movie to focus on the voices in our heads. 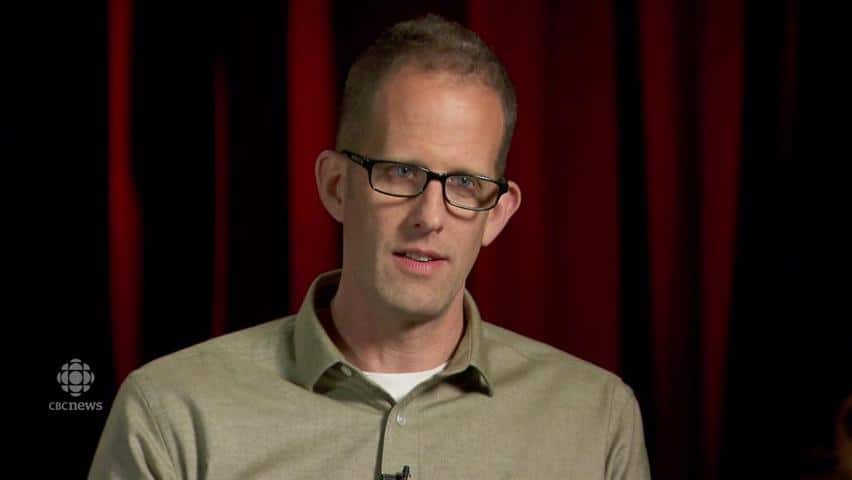 Inside Out: 'What's going on inside of her head?'

Everyone's got them, but the movie Inside Out might be the first family-friendly feature about the voices in our heads.

The new computer-animated comedy from Disney/Pixar hit theatres this weekend, taking audiences on a journey through the inner workings of a young girl's mind.

The studio's adventurous new project is the brainchild of director and screenwriter Pete Docter, who was inspired by his own pre-teen daughter's emotional transformation.

'What's going on inside her head?'

"She was young, spunky and energetic, and then she turned 11 and she became much more quiet and subdued," Docter told CBC News.

"All that childhood joy went away and I asked, 'Whoa, where did that go? What's going on inside her head?'"

Inside Out centres on a happy-go-lucky 11-year-old named Riley Anderson who is thrown for a loop when her family moves from Minneapolis to San Francisco.

But the real action takes place inside Riley's pre-teen mind where a cast of colourful characters personify her five primary feelings as she adapts to the change.

The cerebral and melancholy feeling of Sadness is voiced by The Office's Phyllis Smith, who admits she was petrified when she first started on the project.

It turned out that her own insecurities and fears actually worked to her advantage.

"When I gained more confidence, it also helped with the evolution of Sadness," said Smith, who described the challenge of having to deliver a single line five or six different ways. But she knew that she got it right when she'd hear laughing from the control room.

"Even though they're in the booth and you're not supposed to hear anything, if you hear the giggle you go 'ok, I'm on the mark,'" says Smith.

"If they're giggling, I'm happy with it."

Despite the humour, the film's producers didn't take the depiction of emotional metaphors lightly. They consulted with two psychologists, including emotional research pioneer Dr. Paul Ekman, who helped them create accurate depictions of the sophisticated human mind.

"[Ekman] was the one who pointed out that there are these multiple systems at work," explained Docter.

"We like to think of ourselves as the decision maker ... but there are other things at play, like what you were raised with and all this back history that you may not be conscious of."

Docter says working with Ekman even changed the way he sees himself and he hopes that the audience will find the film enlightening, too.

The fruits of their labour appear to be paying off. Some Pixar families saw early screenings of the film and reported an impact on their kids.

One employee said his son suddenly overcame his long-held fear of the high dive at his local pool after seeing the film.

"He told his dad that he realized fear was driving him and he pushed it out of the way," explained Rivera. "He applied the film to his living and his thinking and that was really moving to us."

Inside Out is in theatres now.