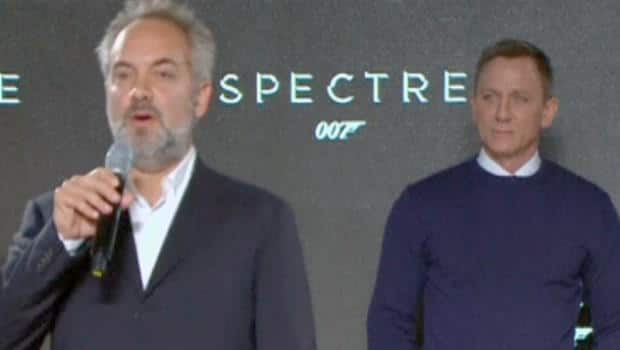 Producers of the next James Bond film unveiled its title, SPECTRE, and introduced new cast members at a press conference Thursday in southern England.

The British super-spy will once again be portrayed by Daniel Craig.

Producers said the next film centres on "a cryptic message from Bond's past (that) sends him on a trail to uncover a sinister organization."

Among the returning cast members will be:

Waltz said his character was called Oberhauser, but many fans will hope he is really playing Blofeld, one of the most enduring Bond villains.

Composer Thomas Newman will score the film, which will be written by John Logan, Robert Wade and Neal Purvis, the same team behind the screenplay for the last Bond film, 2012's Skyfall.

Initial fan reaction to the details was enthusiastic.

"For Bond fans, this is the best Christmas present — the return of James Bond and classic elements of the series with yet another classic title coined by Ian Fleming," said Ajay Chowdhury of the James Bond International Fan Club.

Producers are expecting a seven-month shooting schedule, with principal photography to begin Monday and filming on location in Morocco, Mexico and Austria.

Skyfall, which was also directed by Mendes, was the most successful Bond film yet, taking more than $1.1 billion US at the global box office.