Shakespeare's 400th: celebrating the Bard 4 centuries after his death

April 23 is Shakespeare's birthday as well as the 400th anniversary of his death. With audiences worldwide marking the occasion with readings, films, exhibitions and plays, some of Canada's top artists reflect on the Bard's enduring appeal. 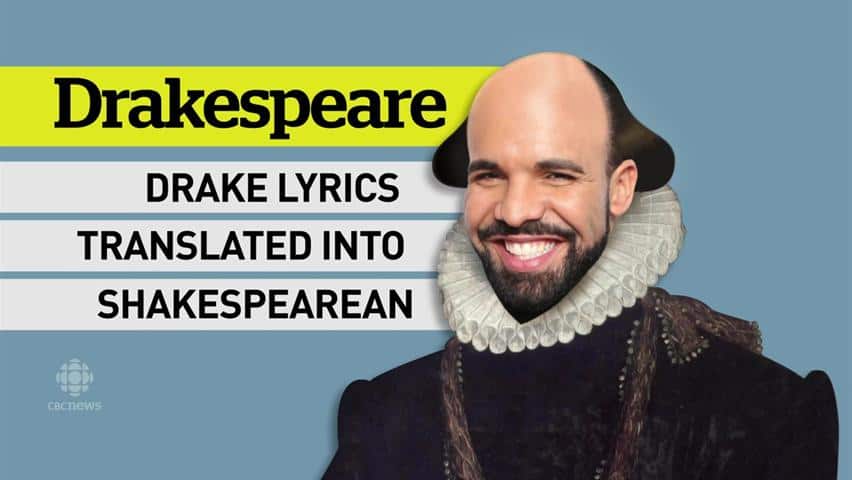 4 years ago
1:19
How do the rapper's lyrics sound when translated into Shakespearean English? 1:19

All's the world's a stage — and all the world is celebrating the man who coined that very phrase this weekend, as April 23 marks William Shakespeare's birthday as well as the 400th anniversary of his death. 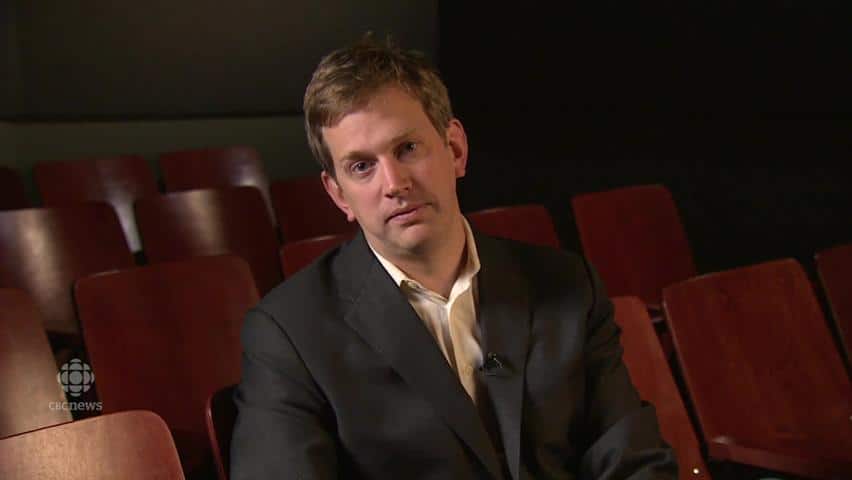 5 years ago
0:50
Author Stephen Marche shares just a few of the words and phrases we use today that date back to the Bard. 0:50

Not surprisingly, in the Bard's birthplace of England, there are numerous events tied to the occasion, from walking tours organized by the Museum of London to various performances of his plays to an exhibition of rare manuscripts and costumes at the British Library.

A Shakespeare-themed gala concert featuring actor Simon Callow is also being held at the Royal Festival Hall, while a display of 37 specially made short films — one for each of his plays — will be projected on outdoor screens around central London.

Meanwhile, here in Canada, Shakespeare is also being fêted, perhaps nowhere as much as in Stratford, Ont. There, the Stratford Festival is currently rehearsing its upcoming season of plays for opening week, May 30-June 4.

Among the offerings is the bloody tragedy Macbeth, directed by the festival's artistic director Antoni Cimolino.

"Macbeth is arguably his greatest love story and it's an odd love story because it centres around a murder," Cimolino told CBC News.

"In our world today, we pick up the newspaper, we hear what's on the radio or television and we hear some pretty horrible things. Most writers don't write about that. Shakespeare went right to the centre of it and explores it."

The festival is also presenting the North American premiere of Shakespeare in Love, a stage adaptation of the Oscar-winning film. In the show, Luke Humphrey portrays the young Will Shakespeare, who is struggling with writer's block and trying to find his path to greatness.

Being cast as the Bard in Stratford on this special anniversary is "a dream come true," said the actor, who has previously performed in Shakespeare plays such as Much Ado about Nothing, The Tempest and Two Gentlemen of Verona.

"I can go as deep as I possibly can into this work. It's a nice reminder not to give in to the limitations and narrow views you can get stuck in, to embrace the depth of what can be."

For the 400th anniversary, Stratford is hosting the world premiere of its latest HD film adaptation of Shakespeare's plays: Hamlet, starring Jonathan Goad. There will be special screenings Saturday at select cinemas across Canada, with encore screenings on April 28 and subsequent showings across the U.S.

Hamlet will also be broadcast on CBC-TV on Aug. 28, with a digital and on-demand release to follow.

Also arriving just in time for the 400th is Rufus Wainwright's new album Take All My Loves: 9 Shakespeare Sonnets.

The album consists of the Canadian singer-songwriter's musical adaptations of the Bard's poems, featuring classical and pop vocalists such as Florence Welch of Florence and the Machine, as well as readings from actors Helena Bonham Carter, Carrie Fisher and William Shatner.

Wainwright remembers first encountering the sonnets when he was a teenager. His mother, the late musician Kate McGarrigle, suggested he read them for insight into youthful angst and romantic frustration.

"Now of course, I focus more on the passage of time, the encroachment of death and the kind of melancholy nature of human existence, which he so beautifully portrays but with always a little ray of hope," noted the 42-year-old crooner.

"With each sonnet, he goes really to the limit in terms of despair, but that last couplet will pull you back from the precipice and that's important to have in this world."

Another renowned Canadian artist with Shakespeare on her mind is author Margaret Atwood.

Her new novel, out Oct. 11, is called Hag-Seed. A contemporary retelling of The Tempest, it's part of a series of novels by popular writers reimagining Shakespeare's plays.

Atwood credits the Bard's endurance to the fact that he had to write for a diverse audience that included aristocrats, the middle class and the lower class groundlings, who paid a penny to stand in the pit to watch the plays.

"He put characters in for everyone and that is why there are tasteless bad jokes in Shakespeare — because the groundlings loved them," Atwood said, with a giggle.

"It's why there's fight scenes: they loved that. So he was pitching to everybody and I think it's why nowadays there is still something for everybody in those plays."

'The mirror up to nature'

Novelist and magazine writer Stephen Marche penned the recent nonfiction book How Shakespeare Changed Everything to trace the Bard's lasting influence on language and popular culture. He also points to diversity to explain why we still are passionate about Shakespeare four centuries later.

"For anyone to survive that long and to be read is quasi-miraculous," Marche said.

"I think, to me, the thing that Shakespeare offers the world and no one else does is just the mirror up to nature: the reflection of the immense diversity of humanity."

He also believes Shakespeare's appeal can be traced to an earthiness that intrigues adolescents and adults alike. 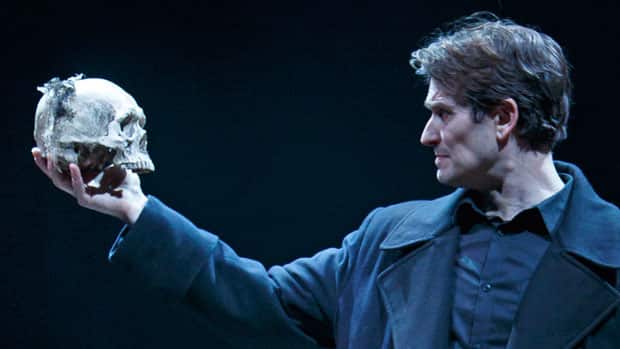