Most wouldn't think that Canadian-Irish captivity drama Room, based on the acclaimed novel by Emma Donoghue, would be a crowd-pleaser. But the film — about a woman abducted, abused and imprisoned with her young son — is winning audience awards at film festivals and earning early Oscar buzz.

As Room gradually opens across Canada, director Lenny Abrahamson is nervous, but confident.

Since the film based on Irish-Canadian author Emma Donoghue's book snatched Toronto International Film Festival's coveted people's choice award last month, it has swept the audience prizes at four other festivals, including those in Vancouver and Calgary.

"You definitely go into this movie expecting it to be one thing, and come out having seen something different," Dublin-based Abrahamson told CBC News in Toronto earlier this week.

The "thing" people may expect it to be is a frightening story straight out of news headlines. Like Donoghue's novel, the film tells the tale of a young woman, abducted and repeatedly sexually assaulted by a man for seven years, and her miraculous escape from captivity with her young son, Jack, a product of rape.

Through the eyes of a child

One of the unique aspects of Donoghue's novel was that the story unfolds entirely through the eyes of the five-year-old. Protected by his mother, he lives in the world of his imagination and is largely oblivious to the horror of their situation. 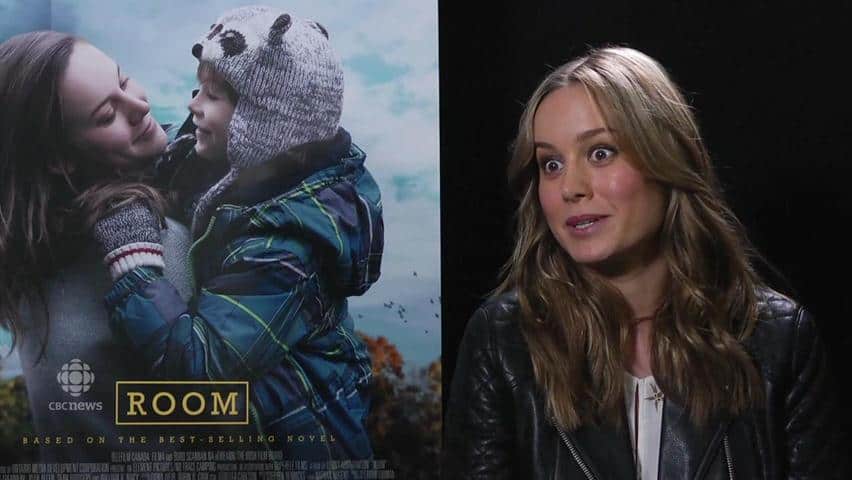 To preserve Jack's unique voice, London, Ont.-based Donoghue wrote the screenplay herself. But telling the same story onscreen was a challenge, partially because the young actor was not told the more distressing parts of the screenplay.

Dozens of children were considered for the part, but the role ultimately went to nine-year-old Vancouver actor Jacob Tremblay.

"He didn't need to know the details. He just knew they were locked up by a bad guy," Donoghue told CBC News at TIFF, where her film premiered.

"I remember explaining it to my kids the same way. I mean, kids understand the fundamental fairytale: evil ogres locking up the good."

Addressing one of the film's most controversial scenes, when Jack is falling asleep in a closet while his mother (portrayed by American actress Brie Larson) is sexually assaulted by their captor, director Abrahamson says his strategy was to only show the audience what young Tremblay's character sees.

"We never see it and Jack never sees it, but we know what's happening," he said.

"They wander over to the bed, which is out of view so that Jack could never see it. It's the wrong side of the wardrobe and the light goes off and he lies down to go to sleep and all we hear is the very light creaking of the bed."

It's that image of Room — tasteful and touching, not explicit or distressing — that the filmmakers are trying to spread, as the movie debuts in Canadian cinemas.

"A lot of what we've been trying to do, how we talk about the film, what we put into the trailer for example, is to allow people to understand that the film is an awful lot more than that initial situation," Abrahamson said.

The film's poster, for instance, shows Larson's and Tremblay's characters embracing as snow falls in the background.

As Abrahamson sees it: "it's a love story between a mother and a son."

In addition to film festival audiences, it seems film critics are in love with Room as well, with Larson and Tremblay both garnering early Oscar buzz.

Room opens in Toronto Friday, in Vancouver on Oct. 30 and more widely across Canada on Nov. 6.