Band says singer was diagnosed with cancer just 2 days ago 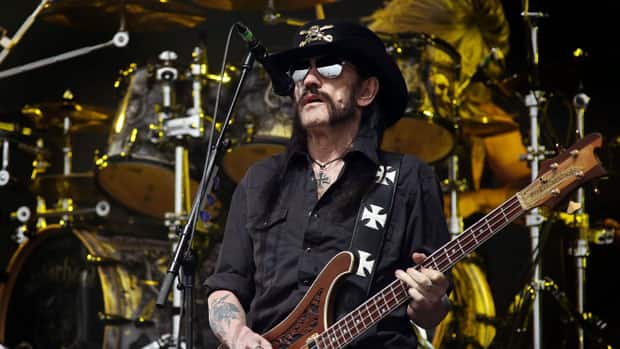 5 years agoVideo
3:12
Legendary British singer died of a sudden, aggressive cancer that was diagnosed 3 days ago 3:12

The U.K. band stated that the singer, who was commonly known as Lemmy, found out he had cancer on Dec. 26.

The band wrote that Lemmy died at home surrounded by family, while he was sitting in front of his favourite video game.

"We cannot begin to express our shock and sadness, there aren't words," Motörhead said in its Facebook posting. "We will say more in the coming days, but for now, please ... play Motörhead loud, play Hawkwind loud, play Lemmy's music LOUD. Have a drink or few."

Kilmister was known as the growling, whisky-drinking, mutton-chops wearing frontman, famous for turning his amplifiers up to the maximum and for positioning his microphone above his head so that he had to sing looking upward.

Lost one of my best friends, Lemmy, today. He will be sadly missed. He was a warrior and a legend. I will see you on the other side.

Each of the band's legendary live shows would begin with his loud announcement: "We are Motörhead! We play rock and roll!"

After cutting his teeth in beat bands in the 1960s,he spent time as a roadie for Jimi Hendrix before his first taste of stardom with British space rockers Hawkwind, singing the band's biggest hit, biker anthem Silver Machine, in 1972.

During his stint in the band, his pummeling bass lines became a stock-in-trade and provided the backbone of the ear-splitting Motörhead, which he formed in 1975 after being thrown out of Hawkwind following a drug bust in Canada.

"I was put on a plane to Toronto – everybody said happy to see you again – did the show, and four o'clock that morning was fired because they thought there might be future legal problems touring America," Kilmister told Q Magazine in 1991.

He would soon form Motörhead, the name of a song about speed freaks he had written for Hawkwind.

After a bumpy start and early lineup changes, the trio of Lemmy, guitarist "Fast" Eddie Clarke and drummer Phil "Philthy Animal" Taylor, tore through a string of albums that fed off the energy of punk rock and helped inspire thrash metal.

Between early 1979 and late 1980, Overkill, Bomber and Ace of Spades sent the band racing toward the upper reaches of the British album charts. In 1981, Motörhead finally hit No. 1 with its live classic No Sleep 'til Hammersmith.

Motörhead would record 22 studio albums in all.

Kilmister took pleasure in the lifestyle of sex, drugs and rock 'n' roll, though he railed against heroin after the deaths of people close to him.

"I'm still looking in a sort of languorous, morbid way," he told The Times in 2007. "But I probably missed her while I was on the road or something. It hasn't changed in 61 years, so it's probably not going to happen now."

I expect a full warriors burial, Ricky bass, Marshall head, 70's boots and a bottle of Jack or even a viking funeral, up in flames <a href="https://twitter.com/hashtag/RIPLemmy?src=hash">#RIPLemmy</a>

Kilmister felt a kinship to many punk bands, citing The Ramones as an influence and standing in with The Damned for a handful of gigs in the late 1970s.

Conversely, he was not a fan of the term heavy metal and some of that genre's bands who cited his music as an influence, once remarking he'd rather listen to The Carpenters at home than Anthrax.

"Slayer? Well … I don't like 'em, personally," he told Record Collector on another occasion. "It's not my kind of music - which, to a layman, might seem to be the same music as ours, but it's not."

Lemmy, who was born in England in 1945, spent his recent years in Los Angeles.