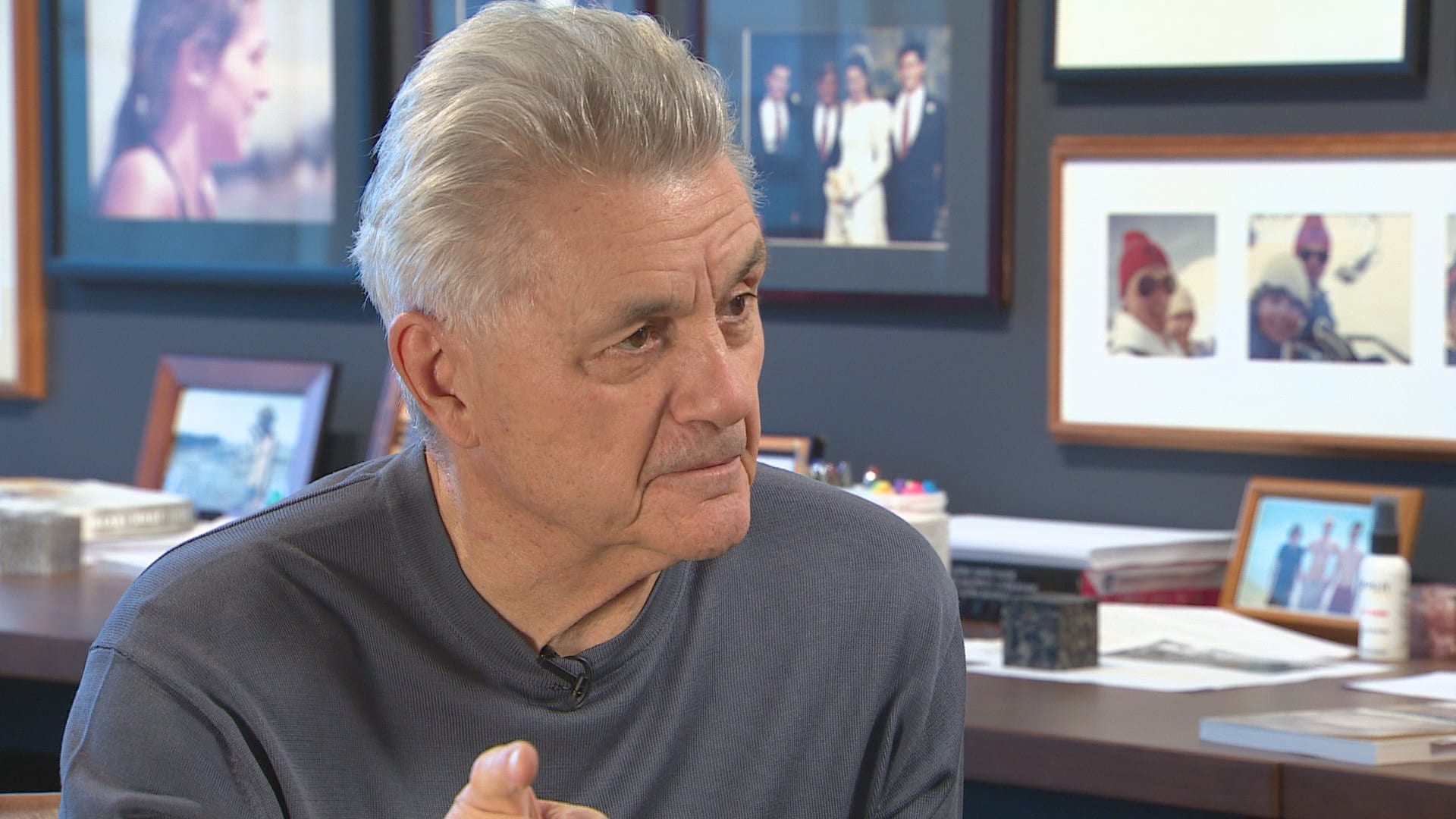 5 years agoVideo
9:57
"Avenue of Mysteries" author John Irving talks about his obsessions and why he feels like an outsider. 9:57

Most writers follow the old adage: write what you know. Not John Irving. He writes what he fears.

Irving taps into themes that have run through many of his 14 books  — including classics The World According to Garp and The Cider House Rules — in his new novel Avenue of Mysteries. They include sex and sexuality, clairvoyance and faith.

The way Irving tells it, returning again and again to these themes isn't a matter of choice.

"They're more in the nature of obsessions, which are things that choose you. You don't choose them," he told CBC's Wendy Mesley.

"You don't get to choose what wakes you up at four in the morning."

Irving is now a permanent resident of Canada after having split his time between his native United States and Canada for nearly 30 years. His office in Toronto is a sleek room punctuated by a gallery wall of family photos and a long L-shaped desk where he still writes out his stories in longhand.

"I've got an [Ontario health] card and everything," he said.

The author also seems to prefer the political landscape in Canada. A fan of his local MP Chrystia Freeland — a former journalist, writer and newly minted cabinet minister who shares his U.S. publisher — Irving said he was a "happy boy" on election night.

But for a writer who has penned stories featuring larger than life characters, he isn't smitten with U.S. politics nor the headline-grabbing antics of Republican presidential hopeful Donald Trump.

"That is the thing that should be most embarrassing, more than his hair or that in one of his hotels where I have stayed, even his picture is implanted on the water bottles that they serve at his hotel," Irving noted.

"It's the only turnoff I can remember to drinking water, with the exception of travelling in those countries where you're not supposed to."