A five-episode look at the O.J. Simpson trial and a profile of motivational speaker Tony Robbins are among the projects screening at this year's Hot Docs festival, which will open with Toronto director Rama Rau's profile of aging burlesque dancers in Las Vegas.

A five-episode look at the O.J. Simpson trial and a profile of motivational speaker Tony Robbins are among the projects screening at this year's Hot Docs festival, which will open with Toronto director Rama Rau's profile of aging burlesque dancers in Las Vegas.

O.J. Simpson: Made in America director Ezra Edelman is expected to be at the Toronto fest along with New York Times sports columnist Robert Lipsyte and a "special guest." The title is sure to be a buzzy one, as it comes on the heels of the hit FX drama The People v. O.J. Simpson: American Crime Story.

"What drew us to the series was just how damn good it is, what a great story it is, and this perspective 20-plus years later on a case that anyone that was around knew about, was engaged by, was dipping into," said Shane Smith, Hot Docs director of programming.

"It's beautifully constructed, it's really smart, it delves into racial issues at the time, the creation of celebrity, the myth of celebrity."

Robbins is also expected to attend the fest, along with director Joe Berlinger, for Tony Robbins: I Am Not Your Guru. 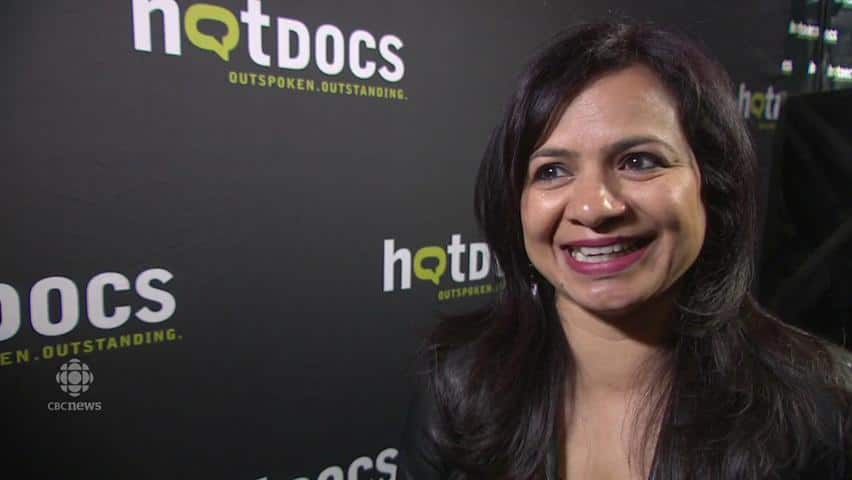 Rama Rau on The League of Exotique Dancers

5 years ago
1:47
The filmmaker behind the 2016 Hot Docs opening night selection talks burlesque legends, showing darkness as well as light, and celebrating women. 1:47

"It has entertainment, sex, issues, comedy, humour — it's got everything that a film could possibly have," said Rau.

"And the women are absolutely amazing. They are the ones who really make this film, so I think it's really great that Hot Docs has chosen this for opening night.

"It will set the tone for the festival."

Indeed, the empowerment of women is felt in several films at the fest, which has 232 titles from a festival-high 51 countries.

Other examples include director Tiffany Hsiung's The Apology, about former "comfort women," a euphemism given to over 200,000 young girls and women who were forced into sexual slavery by the Imperial Japanese Army during the Second World War.

"It's a story that really touches on the contemporary fight for justice and the fight against their own silence and shame," said Hsiung.

'Participating in the documentary is a form of resistance'

In Rokhsareh Ghaem Maghami's Sonita, a young Afghan refugee in Iran makes the rebellious leap into a rap career in a culture in which women are forbidden to sing.

"The women are fighting back and speaking out," said Lee. "Participating in the documentary is a form of resistance for the migrant women in the program.

"Right now we're not releasing the images of the women workers because we're working to ensure their status is secure before the film's world premiere."

Other titles in the 11-day lineup include De Palma, about director-screenwriter Brian de Palma, by Noah Baumbach and Jake Paltrow (yes, Gwyneth's brother).

Spirit Unforgettable by Pete McCormack follows Spirit of the West frontman John Mann as he deals with the early onset of Alzheimer's at 52.

Alethea Arnaquq-Baril's Angry Inuk looks at how Inuit have been affected by animal-rights campaigns that focus on seal hunting in Canada.

Oscar-nominated director Werner Herzog examines our relationship with the Internet in Lo and Behold: Reveries of the Connected World.

And Matt Johnson's Operation Avalanche is a "fake documentary" that's set in the 1960s and follows two CIA agents who discover that NASA can't make it to the moon and decide to fake the lunar landing to get a promotion.

The fest runs through May 8.