Girl on the Train author Paula Hawkins talks success, suspense and the future

Paula Hawkins, author of the runaway bestseller The Girl on the Train, talks about suspense, success and why she thinks her book resonates with so many readers. 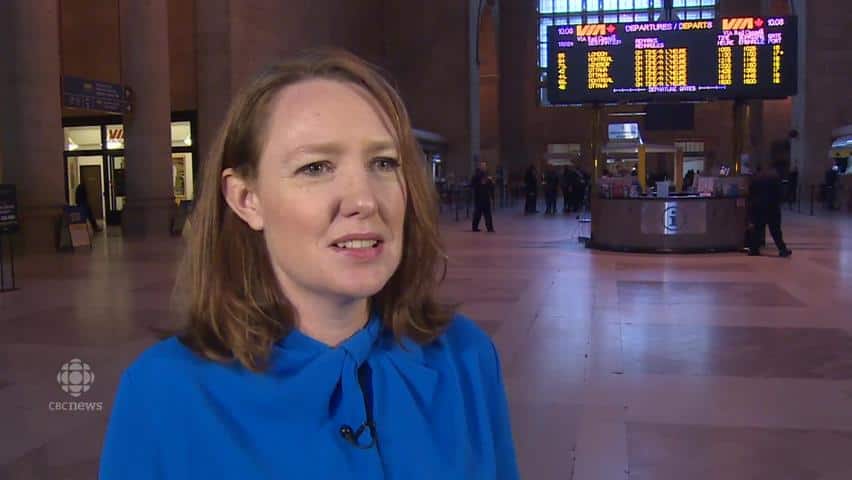 Paula Hawkins on her page-turner The Girl on the Train

5 years ago
2:02
The author of the hit novel talks to CBC's Deana Sumanac about her unusual heroine, the universality of commuter life and how her 'nosy journalist' background aided her writing. 2:02

You may not know what author Paula Hawkins looks like, but you've probably heard about or read her mystery thriller The Girl on the Train.

The buzzed-about novel follows the life of a heartbroken woman who lives vicariously through a couple she passes every morning during her train commute into London.

Since its release in January, The Girl on the Train has broken sales records in the U.K. and the U.S., where it has sold more than three million copies as of August. Now, the book is on its way to selling half a million copies in Canada by the end of 2015.

Her protagonist Rachel, who is a voyeur, resonates with many people, she told CBC's Deana Sumanac-Johnson Tuesday morning at Union Station, Toronto's historic train station.

"I just think it's a natural human instinct that voyeuristic impulse, to try and put yourself in somebody else's shoes, or imagine what you would be like if you lived in that house or if you were in that precise situation," she said.

"There's a sense of wanting to make a connection, even if it's not really a connection. It's a very natural instinct."

The Girl on the Train is one of several recent suspense novels featuring complex female protagonists and are written by female authors. Many have compared it to Gillian Flynn's novel Gone Girl. Hawkins herself is a fan of Flynn's book.

Still, like Gone Girl, a film adaptation of The Girl oin the Train is in the works with Emily Blunt cast as Rachel. Hawkins, however, is not involved in the project.

"I've never written for film, I don't know anything about writing for film and I think it's very difficult to adapt your own work, in any case. So I gave it to Dreamworks, who've got a director and they've written it. I think they're going to do a great job. And I'll be very excited to see it next year."

Fans of The Girl on the Train can rest assured that Hawkins is already working on another psychological thriller: this one centred on two sisters and their relationship.

"I think it's going to be quite dark, quite gothic. I'm still, as I say, kind of in the middle, so that's about as much I can say for the moment."

Paula Hawkins will be appearing at the Vancouver Writer's Fest on Saturday.