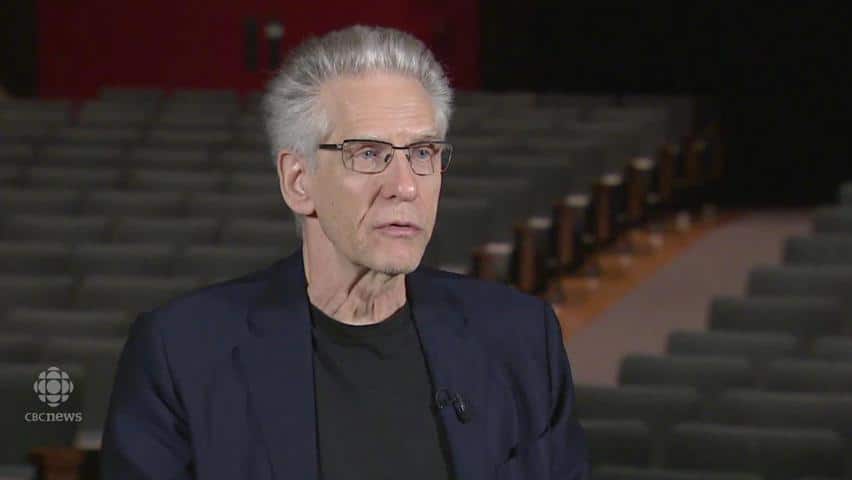 'As novelist, I am a cannibal' says David Cronenberg

There will be no red carpet premiere for David Cronenberg's latest project, but it represents a dream come true for the celebrated Canadian filmmaker.

The master of cinematic horror is making his literary debut with the crime mystery novel Consumed.

The 71-year-old auteur has made nearly two dozen films in his decades long career, but in an interview Monday with the CBC's Deana Sumanac-Johnson, he admitted he's dreamed of being a writer for at least fifty years.

​"I always thought as a kid I would be a novelist," says Cronenberg.

"My father was a writer and it just seemed like something that was an obvious creative way to go."

While the novel represents new territory for the filmmaker, fans will find the book explores classic Cronenberg themes.

Consumed follows two young journalists who venture to Europe to investigate a grisly crime, only to become entangled in a web of illicit sex and disease.

It took eight years for Consumed to come to fruition. In that time Cronenberg made a number of films including Eastern Promises and Maps to the Stars—the latter had its premiere at the Toronto International Film Festival last month.

Despite being new to the medium, Cronenberg appears to have relished the control one has when writing.

"It was much more like directing, I was surprised to find," he admitted. "You're casting it, creating the actors in 3-D in the flesh, you're doing the locations, the lighting, the costumes, the special effects...you're really doing it all."

David Cronenberg talks more about the writing process and reads from his first novel in the attached video.