Daniel Radcliffe on The F Word and falling for friends

Men and women can be friends but it can be 'a very tricky situation' says The F Word star Daniel Radcliffe. The Toronto-filmed romantic comedy hits theatres Aug. 22. 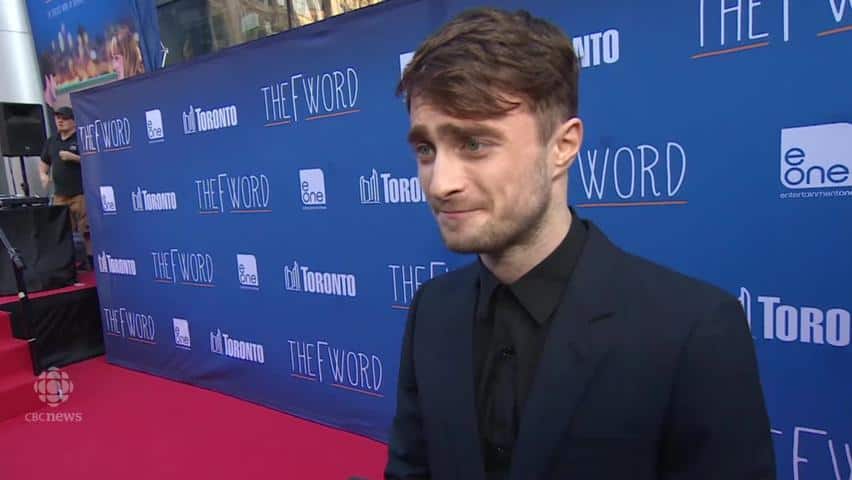 Daniel Radcliffe, star of the Canadian-directed romantic comedy The F Word, says falling in love with a friend is always going to be a tricky situation.

The 24-year-old Harry Potter star was in Toronto Monday night for the theatrical premiere of The F Word, directed by London, Ont.-born director Michael Dowse.

Radcliffe stars as Wallace, a medical school dropout who – you guessed it – gets tingly feelings for his friend Chantry, played by Zoe Kazan.

In a red carpet interview with CBC Arts reporter Zulekha Nathoo, Radcliffe described why the so-called "friend zone" is such a minefield:

"If you're friends with somebody and you also have a crush on them, or also think you're falling in love with them, then you know there's always going to be a lot at stake" Radcliffe explained. "It's a very tricky situation and it's hard to navigate and that's why we made a film about it."

The F Word opens in Canadian theatres on Aug. 22.

Watch Zulekha's full chat with Radcliffe in the video above.