Disney's live-action update of Cinderella sweeps into theatres this weekend tempting audiences with enchanting remake of the 1950 animated classic. 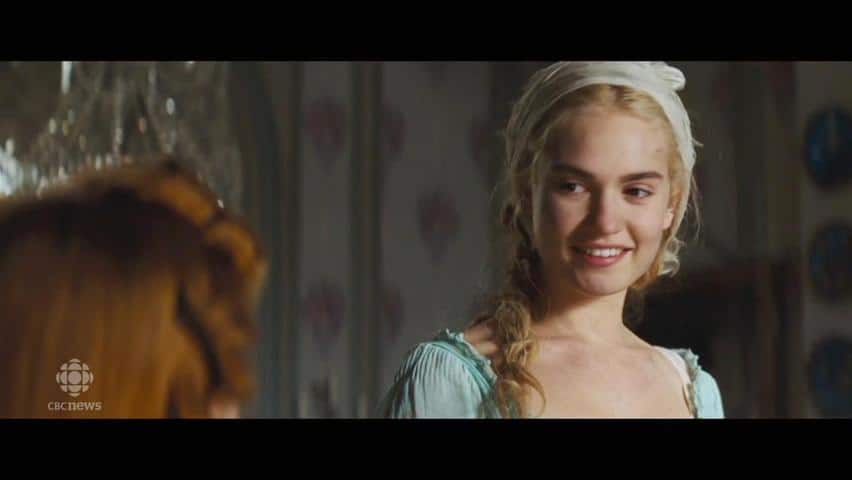 As the old story goes, Ella is forced into servitude after her mother, and then her father, dies — leaving her to the cruel whims of her wicked stepmother and spoiled stepsisters.

"But nothing compares to the catty Cate Blanchett as the stepmother," says Glasner. The Oscar-winning actress shines as the "widow who covers her pain with haute couture frocks and a smile that cuts deep."

But fans of the original will find the central love story is refreshed with a more equal ending.

"What makes this story that much sweeter is the prince and princess rescue each other." says Glasner.

"That's a fairy tale facelift this film critic and father can live with."

Watch Eli's full review in the video above.