Justin Bieber, who made a triumphant return to the European stage at the MTV Europe Music Awards in Milan on Sunday, abruptly cancelled his concert in Oslo on Thursday night after performing just one song.

Bieber took to Instagram hours after his cameo appearance

Justin Bieber, who made a triumphant return to the European stage at the MTV Europe Music Awards in Milan on Sunday, abruptly cancelled his concert in Oslo on Thursday night after performing just one song.

The Stratford, Ont., singer, who found fame at 13 and went on to become a global pop phenomenon, scooped five prizes in Milan, including Best Male and Biggest Fans, and next month is to release his first album in three years, during which bad behaviour offstage risked damaging his family-friendly teen heartthrob image. 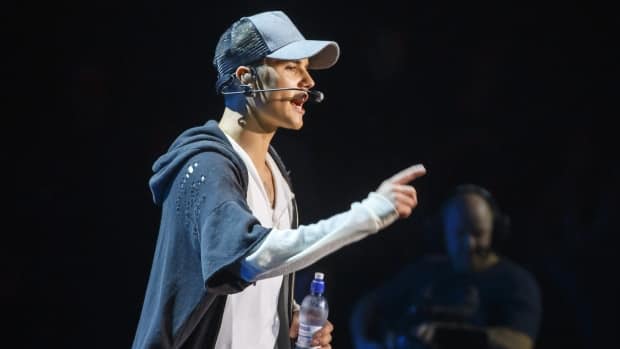 "I'm done, I'm not doing the show," he told his fans, known as "beliebers," after complaining that they did not listen to him while he was trying to wipe up spilled water, a video from the concert posted on the website of Norwegian daily VG showed.

"Sadly it's been a rough week for me, long days, no sleep, while having to be 'on' as they would say for cameras fans etc...," he later said in a post on Instagram, apologizing.

"In no way did I mean to come across mean, but chose to end the show as the people in the front row would not listen."

His private jet took off from Oslo's airport just after midnight, leaving his fans shaken, and some in tears, VG said.

Bieber is extremely popular in Norway, with some schools even having rescheduled exams in the past so their students could attend his concerts.