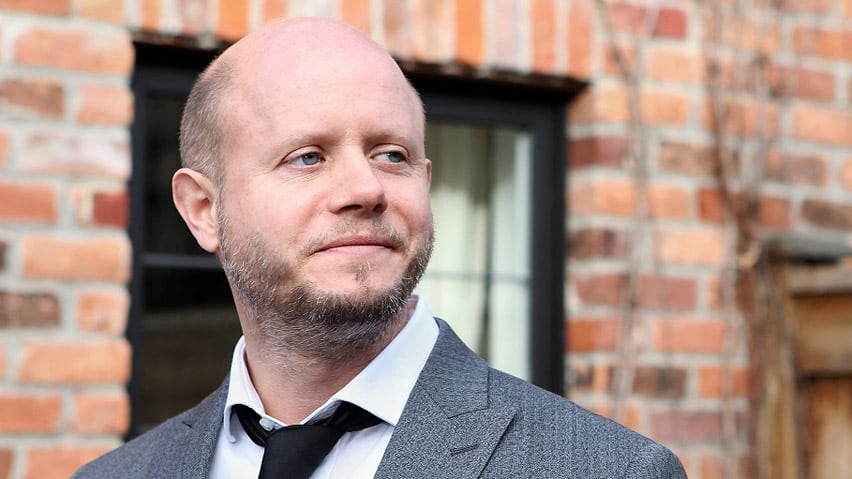 7 years ago
4:39
A shocked Colin McAdam reacts to winning the Rogers Writers’ Trust Fiction Prize for his novel A Beautiful Truth 4:39

McAdam picked up the coveted $25,000 Rogers Writers' Trust Fiction Prize for A Beautiful Truth. Partly set inside a Florida primate research facility, the novel is told both from the perspective of humans and chimpanzees.

"In prose both strange and startling, McAdam asks what, if anything, separates the human from the animal; he answers with heartbreaking honesty," the jury said of the Toronto writer's A Beautiful Truth.

"This is the kind of book you finish just to pick back up again, if only to figure out how he pulled it off."

St. John's writer Moore was among the fiction finalists, but won another prize instead: the $25,000 Writers' Trust Engel/Findley Award, which celebrates a mid-career writer for his or her body of work.

"While Moore's canvas is contemporary Newfoundland — in particular the city of St. John’s where she lives — her understanding and portrayal of human character and relationships is universal," the jurors said.

The judges hailed the Toronto writer and artist's "brilliant integration of text and illustration," adding that her "words seem to leave the lines and become enmeshed in the art. Her text is actually an understated guide to the detailed exuberance of the pictures."

Prizes were also awarded to:

The Writers' Trust of Canada was founded by Margaret Atwood, Pierre Berton, Graeme Gibson, Margaret Laurence and David Young to nurture a flourishing writing community in Canada. The group celebrates and supports Canada's writers and literary community through various initiatives, including by distributing private sector funding.