One Thing Leads to Another, theatre show for babies, aims to charm infant audiences

An intimate and interactive new stage production is captivating a very specific audience in Toronto: babies. One Thing Leads to Another, aimed at infants as young as three months old, is part of a new wave of stimulating productions created just for babies and toddlers.

Babies have 'a sense of engagement that's so delightful,' says show creator 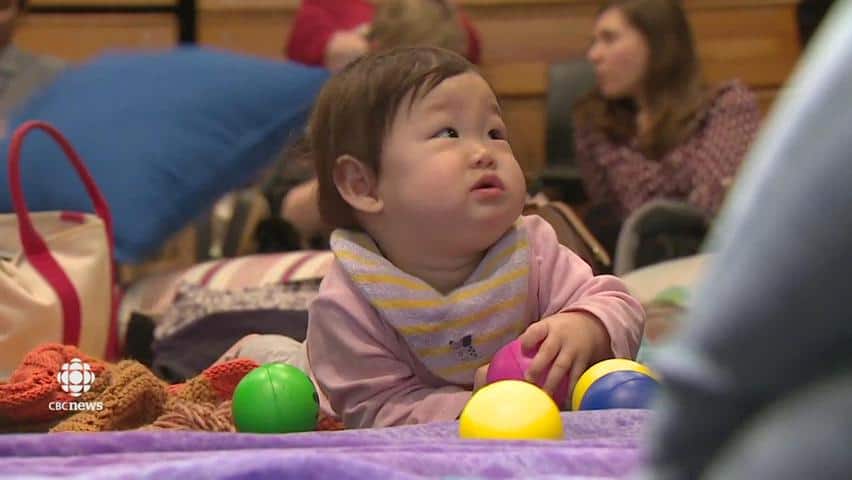 5 years agoVideo
1:35
A new play created specifically for babies offers entertainment and education for the youngest of spectators. 1:35

An intimate and interactive new stage production is captivating a very specific audience in Toronto: babies.

Young People's Theatre is performing One Thing Leads to Another, a new work designed specifically for infants as young as three months old. Devised by former YPT artistic director, performer and theatre artist Maja Ardal, the show premiered at the Toronto venue on Monday.

The non-verbal play involves performers using music, sounds effects, props and textiles to engage baby theatregoers in a basic story about cause and effect — and give them what's likely their first-ever theatre experience. Afterward, the babies are invited to join in and play with the performers.

From the early workshop stage, Ardal said she was amazed by how well the production tested with its young audience.

"Babies, they often need have a nap or they're crying or wanting to make some kind of noise about how they feel," she told CBC News.

It's incredibly surprising to me how focused babies are, how remarkably able they are to absorb everything around them with such attentiveness.- Maja Ardal , Young People's Theatre

"As soon as we started performing, there seemed to be an incredible sort of attentiveness...It's incredibly surprising to me how focused babies are, how remarkably able they are to absorb everything around them with such attentiveness."

Theatre for the very young, also known as theatre for early years, is a relatively new stage concept well established in Europe, where whole companies are devoted to making productions for babies and toddlers.

This genre is growing in the U.S. and now Canada as well. Toronto, for instance, will host the second edition of WeeFestival — a biennial event devoted to theatre for the youngest children — in May.

"We often underestimate what infants get out of an experience," said Laurel Trainor, child psychologist and professor of psychology, neuroscience and behaviour at McMaster University in Hamilton, Ont. 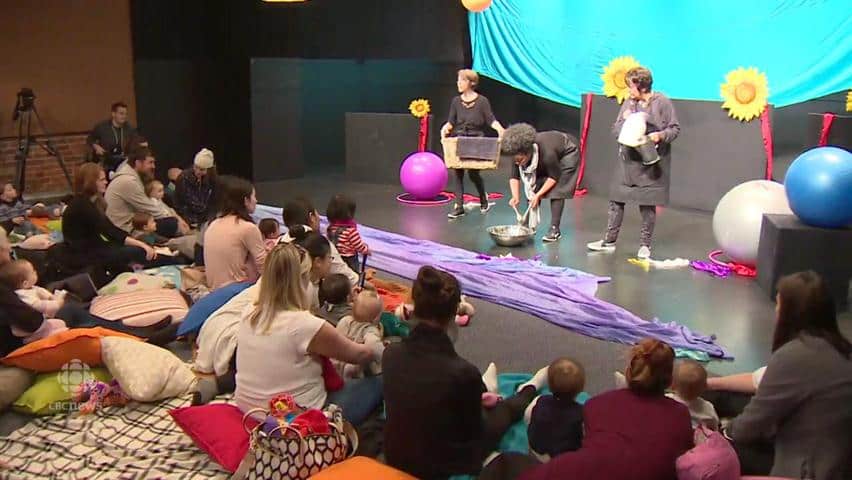 5 years agoVideo
1:39
Can babies benefit from live theatre? A psychology prof explains why they can, as Young People's Theatre debuts its new show One Thing Leads to Another 1:39

In the video above, One Thing Leads to Another debuts before a wide-eyed audience, a child psychologist reveals how babies can benefit from theatre and parents offer their take on the show.

"Before they're a year of age they know about agency. For example, they know different characters in their environment are able to do things and to affect other characters in their environment... We also know that they're very tuned into music. They prefer to listen to music over speech when they're very young — although they like both. So they have these natural preferences," she said.

Though Trainor, who studies auditory perception and the role of music and language in development, hasn't seen the play, she supports the idea of theatre for babies.

"Interacting with babies and using communication signals like speech and music is highly beneficial for their development," she said.

"We know if babies are not talked to and not sung to, they don't develop the same cognitive capacities and the same social capacities as infants who have more stimulation."

For theatre veteran Ardal, there's also a satisfying benefit for the performers.

"The response that babies have, even when we play the simple game of peek-a-boo — I often get a little giggle or a little sound or you know — something comes back. Suddenly I have a little partner in the audience," she said.

"There's a sense of engagement that's so delightful!"

One Thing Leads to Another continues at Young People's Theatre in Toronto through Feb. 21.