With Canadian musicians The Weeknd, Justin Bieber and Drake topping the Billboard charts this fall and Shawn Mendes shifting from social media darling to bonafide pop star, another homegrown singer is rising to the occasion: teen singer-songwriter Alessia Cara. With Canadian musicians The Weeknd, Justin Bieber and Drake topping the Billboard charts this fall and Shawn Mendes shifting from social media darling to bonafide pop star, another homegrown singer is rising to the occasion: teen singer-songwriter Alessia Cara.

Cara, a 19-year-old from Brampton, Ont., hasn't yet released her full-length debut album, but has already garnered some high-profile coverage, including TV appearances on The Tonight Show Starring Jimmy Fallon and The Today Show, as well as flattering write-ups in the New York Times and Elle magazine.

It's been a meteoric rise.

Like Bieber and Mendes, she started off recording at home and putting her cover versions of other people's songs onto YouTube. After her rendition of Sweater Weather got noticed by a record executive's daughter, she was quickly signed to Def Jam Recordings.

Cara's take on Taylor Swift's smash single Bad Blood, recorded at BBC Radio 1 in July, earned a rave review in a tweet from the superstar herself: "You're AMAZING, @alessiacara. Love this."

Cara was awestruck by Swift's reaction. "That was amazing," she told CBC News.

"When you see artists like Taylor Swift on TV, you just think they're so unreachable and so out there that they would never hear your stuff as a new artist. You never think that that connection would be made. And then when it is, and not only have they heard your stuff, they're fans of it? That's just like so crazy. It's mind blowing."

Cara's debut single, Here, was based on her experience of feeling social anxiety at a house party.

The song deftly captures what it's like to be at a party when you feel that you just don't fit in.

"But really I would rather be at home all by myself/Not in this room with people who don't even care about my well being/I don't dance, don't ask, I don't need a boyfriend/So you can, go back, please enjoy your party/I'll be here, somewhere in the corner."

Here hit a nerve when it was released in April.

When we made [Here] I didn't really think that it was gonna turn into this anthem for shy people.- Alessia Cara

"When we made the song, I didn't really think that it was gonna turn into this anthem for shy people," Cara said, "but I think with the release of the song, it made me realize how many people feel the same way and how many people appreciate someone speaking out for them.

"I just want to show people that there's alternatives. And just be who you are, whatever the hell that is."

Here has already won Cara a Streamy Award for best original song. Its accompanying music video, released in May, has been viewed more than 10 million times on YouTube. This week, the track broke into the top 50 of the Billboard Hot 100 chart, placing at No. 47 and rising fast.

Cara's debut EP Four Pink Walls, released in August, contains five songs including Here. She debuted one of the new tracks, Scars To Your Beautiful, at a Las Vegas concert this month, with the song's positive message encouraging young women to love and appreciate themselves.

Despite her young age, Cara seems to already have a mature perspective on her songwriting craft, which she discusses in the video below.

"Initially, I think when you make a song it's therapy for yourself or it's just you trying to get out something that you want to say. But then as soon as they're released, they're not yours any more. They're like the emotions of everyone that hears them," she said. 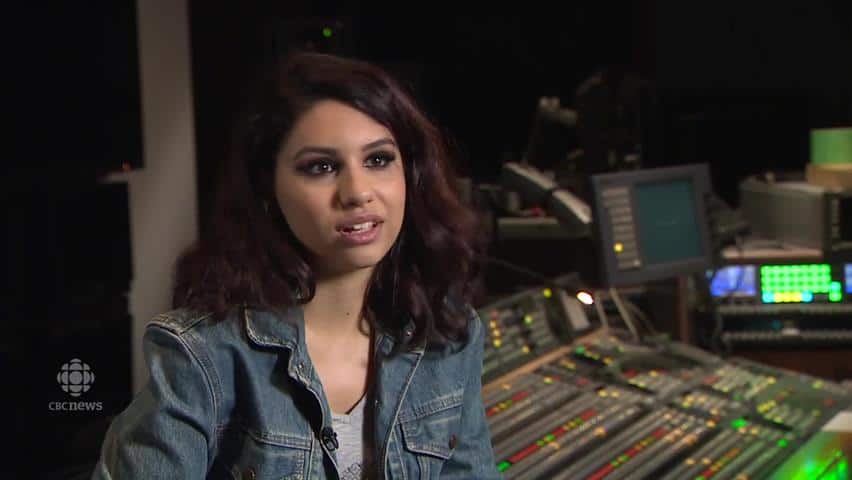 Cara's full-length studio album, Know It All, was released Nov. 13.