A group of independent repair technicians are challenging Apple’s approach to data recovery from water-damaged iPhones.

Jessa Jones has always loved fixing things, and as a kid growing up in rural Maryland she knew that's what she wanted to do for a living. But unlikely as it sounds, it was a battle with a blocked toilet that ultimately drove Jones to reshape a medical career — and specialize in recovering people's iPhone photos.

Jones has a PhD in Human Genetics and Molecular Biology from the Johns Hopkins School of Medicine, and had been focused on helping to find a cure for cancer at a pancreatic cancer research lab at the university.

Jones later moved with her neurologist husband to Rochester, N.Y., in the early 2000s. He had landed a residency at a medical facility there and she was working as a biology professor at a local college.

After the couple had four children, Jones decided to become a stay-at-home mom full-time.

In 2013, Jones realized her iPhone had disappeared while at home, which happened to coincide with the family's toilet getting clogged.

Knowing that her kids would often "borrow" the phone, she put two and two together and concluded that there was a connection — the phone had been flushed.

"I did what anyone would do in that situation," she said. "I tried to plunge it out."

But the phone was stuck inside the toilet bowl.

"I carried it out and put it in the front yard, and then I got a sledgehammer and I sledgehammered it — and there was my iPhone," she said. 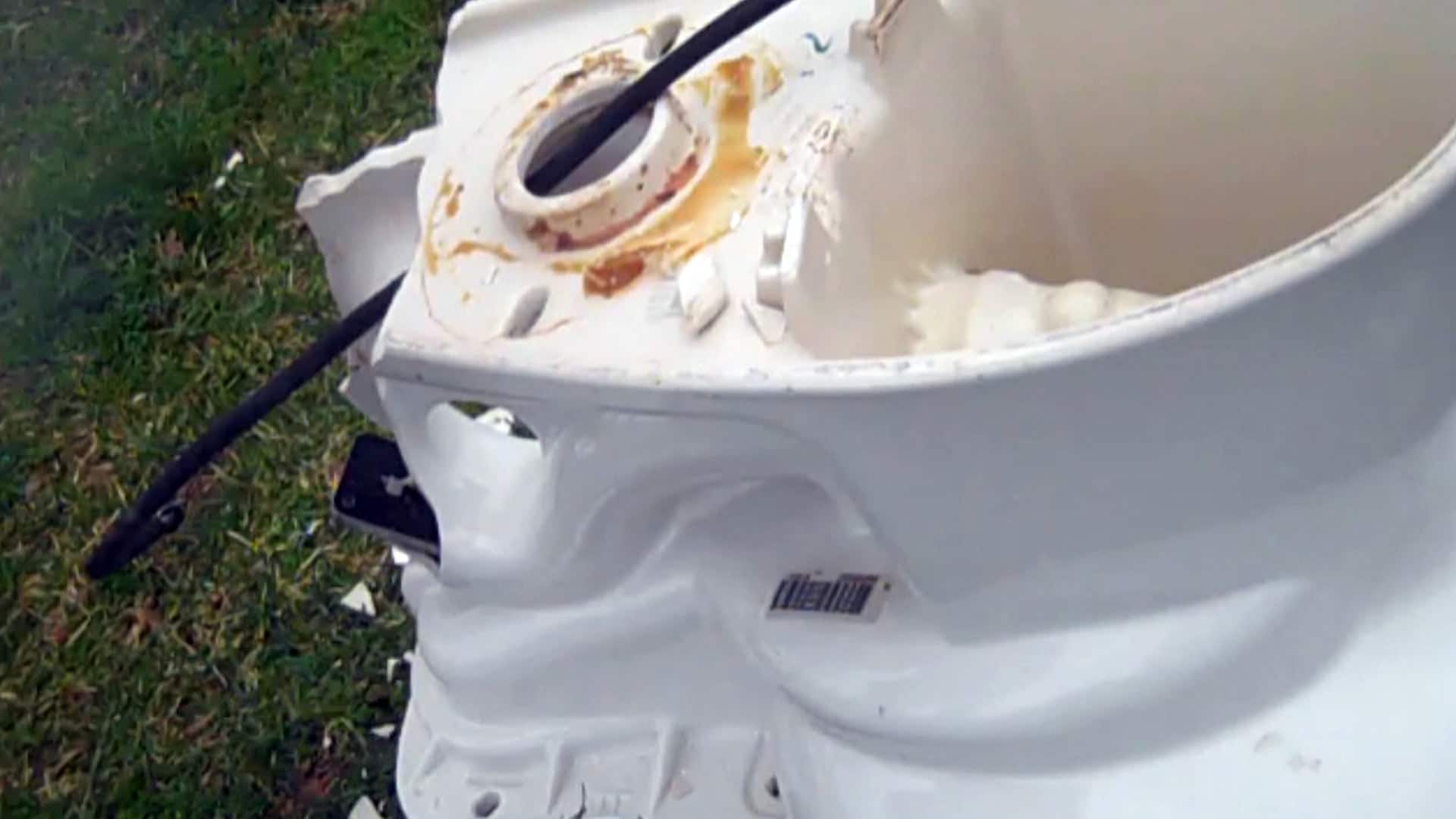 2 years ago
0:23
Repair expert Jessa Jones was forced to smash a toilet in order to recover an iPhone her child flushed down the toilet. 0:23

From that point on, Jones decided she wanted to learn how to repair iPhones, both because of her love of fixing things and the challenge the iPhone presented.

She went online and studied electronics and micro-soldering in her spare time, and eventually figured out how to fix them.

"I remember the great feeling of putting in a new battery and making it alive … the internet can teach you anything," she said.

"I thought it was really fun to refurbish these, and part of the fun was the people side. People didn't think these were reparable."

She quickly realized her skills were in demand outside the household.

"I spent a long time learning about how very tiny things inside cells go wrong and cause cancer," she said.

"Now I apply the same sort of analytical reasoning skills and working with things that are really, really small that have no user manual. So now I try to fix iPhones."

Jones launched a makeshift business out of her house, and found other stay-at-home moms to take on the growing demand. They eventually moved into a small retail space down the street.

"I think that women in general are very good at repair. They tend to have this sort of kind of ability be very gentle, and yet at times to apply enough pressure to get things to move around," she said.

"They're appropriately cautious, but also aggressive, and some of those are the kinds of skills that you develop in being a mom."

The shop, is called iPad Rehab, and is located in the centre of a tiny town called Honeoye Falls, just outside Rochester, N.Y.

The business is now thriving. One of its key specialties is recovering data — mainly photos and videos — from "dead" iPhones and iPads sent by desperate customers across North America.

That's how Jones ended up with one such iPhone belonging to Josephine and Dave Billard of St. John's, N.L.

One beautiful day last summer, the Billards went canoeing on a pond just outside their rural property. Josephine couldn't resist taking her iPhone in order to get photos of the picturesque setting.

"We went upside-down. We flipped the canoe," she said. "The phone went in the pond, and went right to the bottom."
They quickly recovered the phone, but it wouldn't turn on.

It contained about 8,000 photos, including many from a recent five-month trip of a lifetime to Europe.

The Billards were devastated. They called Apple, and weren't thrilled with the response.

"We were surprised, of course, that the iPhone people at Apple can't help. They appeared to have virtually no interest," she said.

"They'd like to sell you a new phone right away, but they don't really care so much about the data — and we were more concerned about the data."

Josephine would not give up. She visited various small repair shops in St. John's until someone told her about the iPad Rehab website.

That's when she contacted Jones and sent her phone 3,000 km away to Honeoye Falls.

"I was very doubtful, but you know, I tried to have hope that we would get them back," she said. "In my heart I really didn't think I would ever see those photos other than in my mind's eye, truthfully."

Most iPhone owners go directly to Apple when they have a problem.

But Apple staff often tells people that if a phone won't power up, there's nothing that can be done to recover their data unless it was backed up somewhere else.

"The most common answer, and I hear this from customers all the time, is there is no way to get your pictures from your iPhone if it won't turn on," Jones said.

When people go looking for help online, one obvious place that comes up in Google searches about iPhone problems is the Apple Support Communities forum, where users can submit information to learn more about their device and troubleshoot their problems. But even there, people are often told they're out of luck.

Jones said she had attempted to answer some users' questions about data recovery, contradicted an answer suggesting that it couldn't be done, and pointed out a solution.

She said she was then warned about giving "questionable advice," her message was deleted and eventually her account was banned from the forum.

This has happened several times, she added, both to her and to some of her colleagues.

"Most toilet phones, common family water accidents, most of those are recoverable, especially [from] water damage."

CBC News also contacted the official site for Apple Support and received a similar answer from one administrator.

"As the photos weren't backed up, unfortunately there is no way to recover them," the response read.

CBC News asked Apple to clarify if this was their official policy, but they never responded.

Jones, however, says there is a 95 per cent probability that she'll be able to recover the data from a water-damaged phone, and backs it up with a guarantee — the $300 fixed fee she regularly charges will be refunded if she can't recover the data.

In the case of the Billards' phone, Jones was able to recover their thousands of photos. The couple says while they were surprised and thrilled, the experience left them skeptical about Apple's customer support.

"They should be providing a full range, cradle-to-grave [service], but that means also protecting, retrieving and working on the data," Dave Billard said.

"And if they're not prepared to do that, then really is that ethical behaviour? Is that good business ethics?"

Meanwhile, Jones says she will keep fixing the problems that people bring to her.

"My conversation with Josephine — those are the best moments of my job," she said.

"I spend countless hours looking down the microscope, beating my head on some of these phones. And then being able to call her up and see that she's a real person, to see how much these pictures meant to her and to give somebody back their own memories, is what drives us to continue solving these problems — no matter what obstacles are in our way." 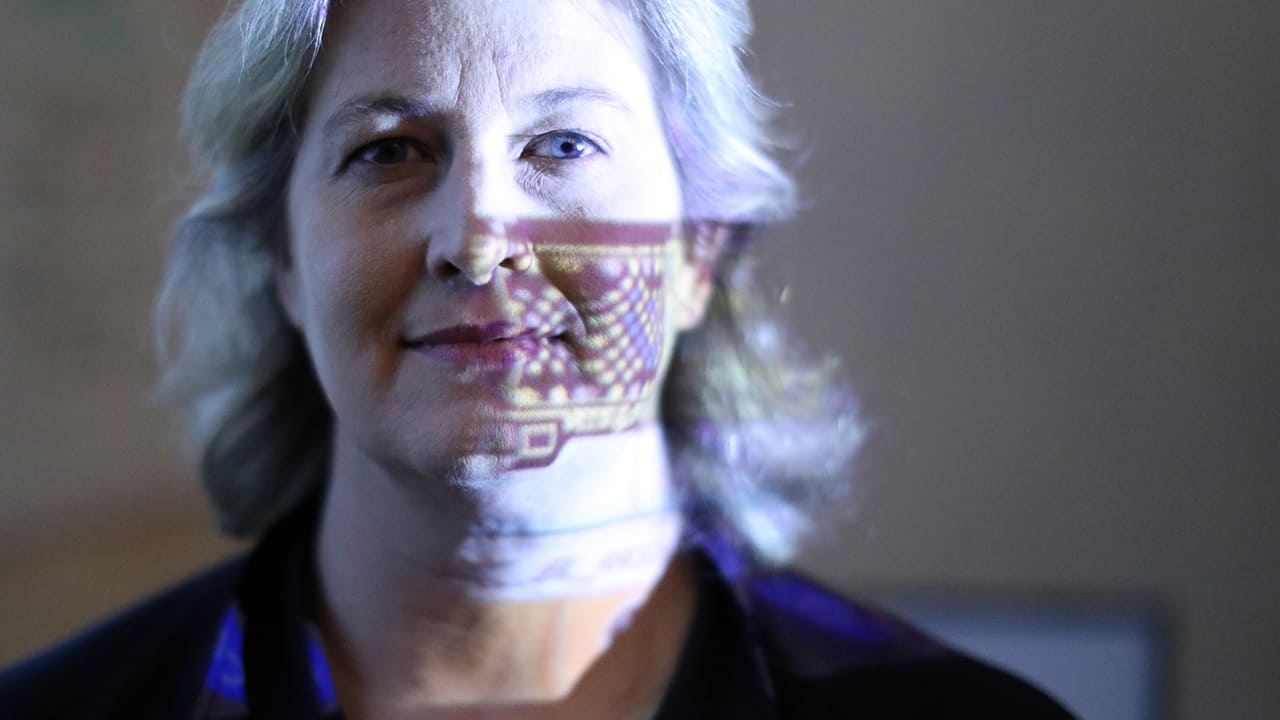 2 years ago
9:37
When a Newfoundland couple dropped their iPhone in a pond they thought thousands of their precious vacation photos were gone for good — at least that’s what Apple told them. Then they found Jessa Jones, an iPhone repair expert who is challenging Apple’s stance about data recovery from water-damaged phones. 9:37

If you have any tips or have had a similar experience repairing an Apple device, please send your story to investigations@cbc.ca