Unreserved: 'I do not want to be racism's cover girl'

This week on Unreserved we're talking racism. From the cover story of Maclean's to defamation lawsuits. Can we come up with some bridge-building solutions?

From the cover story of Maclean's to defamation lawsuits, can we build some bridges? 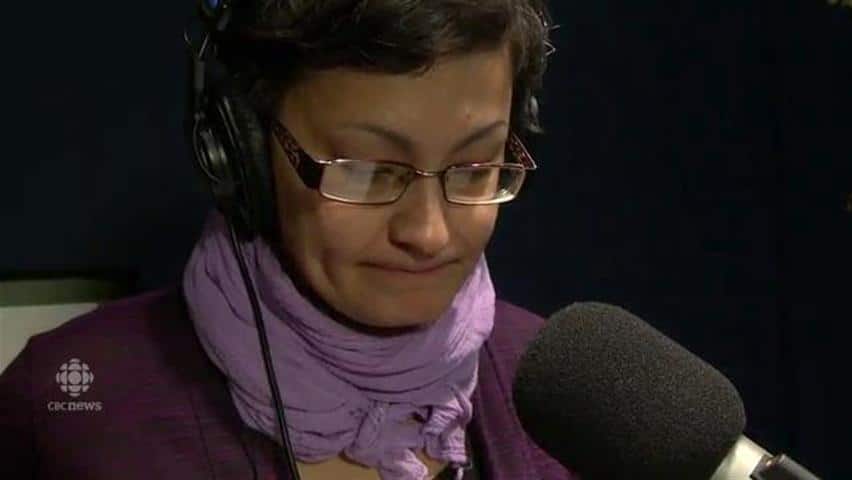 6 years agoVideo
3:00
After appearing on the cover of Maclean's on Thursday, Unreserved host Rosanna Deerchild says Winnipeg is far from the place described in the magazine, which called it the most racist in Canada. 3:00

If you've checked out your local news stand you might have noticed my picture on the cover of Maclean's magazine this week. The screaming headline used my quote about ugly name-calling to call out Winnipeg as the most racist city in Canada.

The 17-page story uncovered the racial divide in my city with a laundry list of statistics: Polls, Facebook rants like Brad Badiuk and Lori Steeves, incidents like the horrific killing of 15 year-old Tina Fontaine, the Brian Sinclair inquest that delved into why the aboriginal man died during a 34-hour hospital wait and focused on wait times but ignored systematic racism.

I always wanted to be on the cover of a magazine, it's just not quite what I had pictured. I do not want to be racism's cover girl. I am far from the angry Indian complaining about being hard done by and Winnipeg is far from the place described in that story.

However, it is still part of our story.

Let me be clear: I love my city, my community, my home; Winnipeg — North End — Canada. But neither will I quantify, qualify or pacify racism in this place or any place it rears its ugly head. I stand by my words. Those damaging names have been thrown at me like punches and yes - it still hurts every time. It is because I love this place that I must speak up.

And the most important reason? Two days before that story hit the news, my little girl came home from school and told me that another child had called her a dirty Indian. Now this is her story too.

The question is, how will we re-write this narrative for her and for all our children?

We talk to Manitoba's Grand Chief about why he is taking a Winnipeg teacher to court for a Facebook post Derek Nepinak says defames an entire race.

Using social media to re-paint a picture of Aboriginal history. We'll talk to a man who posts historical photos every day to Twitter, hoping to challenge the romanticized image of First Nations Peoples.

And the struggle to preserve a traditional language in the Kitikmeot has reached a critical point. We'll check in on an attempt to revive it.

Tune into CBC Radio One after the 5 p.m. news in Manitoba, Saskatchewan and Nunavut, and after the 4 p.m. news in Yukon and the N.W.T. for these stories and more on Unreserved. You can also listen on demand.

Rosanna Deerchild is the host of Unreserved on CBC Radio One. She's an award-winning Cree author and has been a broadcaster for almost 20 years — including stints with APTN, CBC Radio, Global and a variety of indigenous newspapers. She hails from O-Pipon-Na-Piwan Cree Nation, Man.