A small group on the Whitedog reserve in northwestern Ontario is trying to mobilize aboriginal voters for the upcoming federal election, in spite of the hurdles they face. 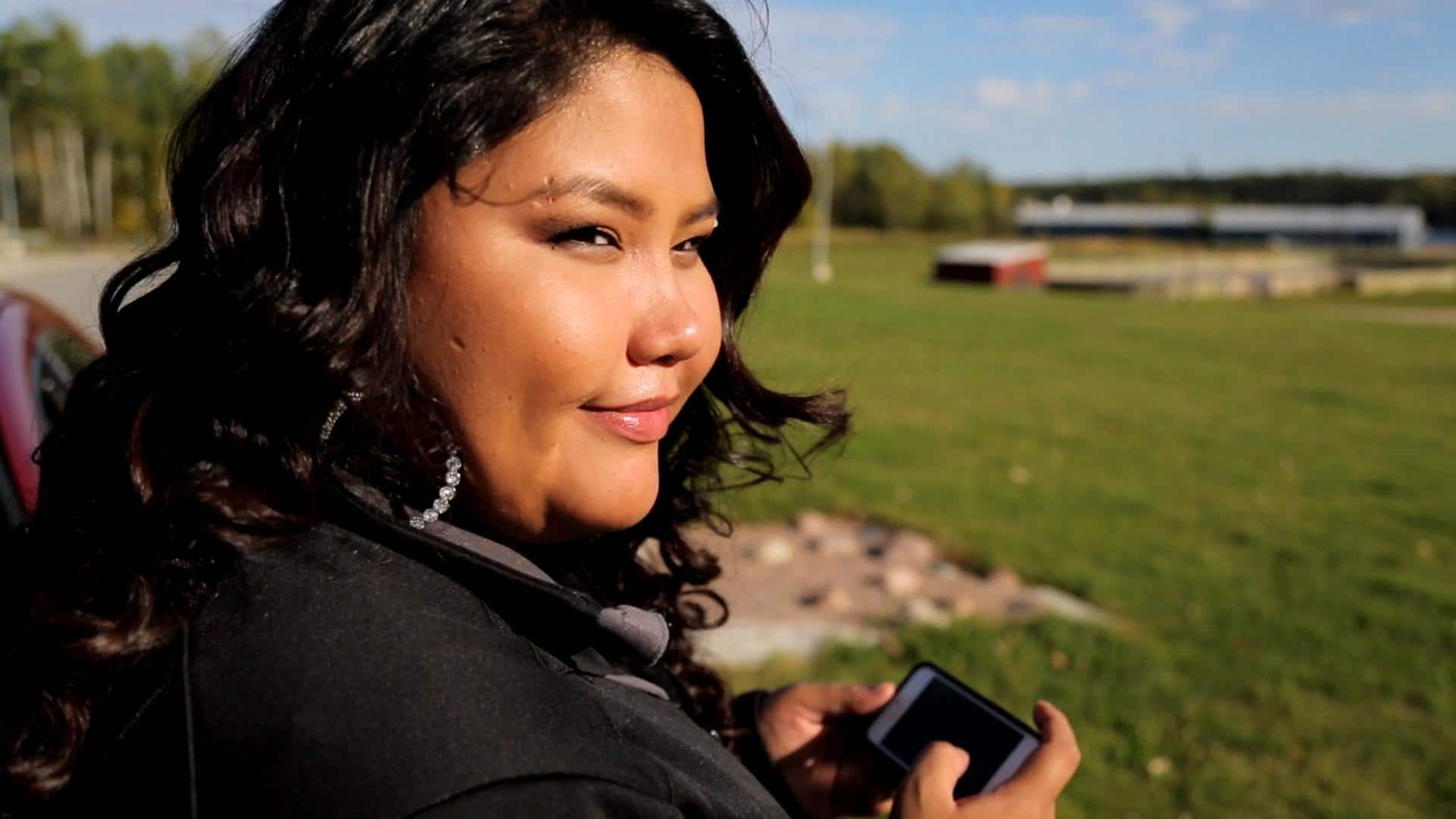 5 years ago
13:39
A small group on the Whitedog First Nation reserve is trying to mobilize Aboriginal voters, in spite of the daunting hurdles they face. 13:39

When 24-year-old Deanna Carpenter of the Whitedog reserve in northwestern Ontario typed her details into the Elections Canada website to see if she was registered, the site spat back a message that cut deep: Error: no address found.

But for Carpenter, that message landed hard. It seemed to say that as a young First Nations woman considering voting for the first time, she wasn't really part of the club. Her vote wasn't wanted.

Some might have given up there and just decided not to bother trying to register or trying to vote in the federal election on Oct. 19.

Voter turnout among some First Nations groups is staggeringly low, almost 20 per cent lower that the Canadian average of around 61 per cent.

In the Ojibway community of Whitedog, it was even worse during the last federal election, hovering around 30 per cent.

There aren't many places in Canada with lower turnouts.

The thing is, Carpenter didn't get discouraged, she got mad. And then she got involved.

With some nudging from a cousin, she decided she'd work extra hard to boost engagement in her community.

And she had company. A few of her friends decided to roll up their sleeves. The seemingly always smiling Kirk Cameron decided to step up, too.

Between them they devised a plan to hold voter registration clinics on the reserve, ensure the residents of Whitedog were registered, had all the right ID according to the new rules under the Fair Elections Act and then encourage them to go out to vote.

These voter registration clinics are catching on in First Nations communities, particularly it seems in the riding of Kenora.

Kenora represents a vast swath of northwestern Ontario. It's a riding held by Conservative Greg Rickford.

It also happens to be the home of Tania Cameron, who once ran for the NDP. Now, she seems dedicated to running a "Rock the Vote" campaign among First Nations communities. Facebook is her bullhorn.

And Carpenter heard her call. So did a number of other young people from First Nations across Kenora.

There are roughly 40 First Nations in the riding and that's key because the Assembly of First Nations has identified Kenora as one of 51 ridings countrywide where the electoral result could be seriously impacted if only First Nations communities were mobilized.

"I would like to see an increase in voter turnout of 20 to 25 per cent, If our people get co-ordinated at the ballot box, I think we can have an impact," Tania Cameron said earlier this month.

She estimates she has managed to set up voter registration programs within 20 separate First Nations just in Kenora riding.

And she's been fielding calls from around the country. Help appears to be needed because new rules under the Fair Elections Act make the process a bit more strict when it comes to the type and amount of identification needed to vote.

Tania Cameron worries that the more remote the community, the more unlikely people will be to have certain types of government ID like drivers licences, so two types of alternate identification will have to be sorted out for them.

The long campaign seems to be working in their favour. The young team from Whitedog has been using the time to get organized and enthusiastic in ways that feel new to them. And Kirk Cameron has been using his well-practised speech on friends who dared be apathetic in his midst.

'Back in their hands'

"They don't have the right to complain in a way because if they don't take any initiative to change the future, then why do nothing and still complain about it? So I pretty much put the responsibility back in their hands."

It's a line he delivers with the broadest of beams. Like Deanna Carpenter, he is all in.

There are perhaps 1,000 people in Whitedog and only a few hundred who voted in the last federal election.

So any new faces in the process are a success. In one afternoon alone of guiding both youth and elders through the rules and ensuring they were registered, the young team figure they have already boosted likely turnout by at least 10 per cent.

Will all this effort turn into more actual voters come the big day? It will if Kirk Cameron has anything to do with it.

Don't put it past them.

Watch CBC-TV's The National tonight for the full story on the race to get First Nations to the polls.