A return to a restricted life: How England is dealing with a COVID-19 surge

New lockdown restrictions are being imposed in parts of the U.K. as coronavirus cases rise, but there is concern the new strategy won't have the intended consequences and doesn't go nearly far enough.

As the wet and grey weather rolls in across the U.K., there is a growing realization that the fight against COVID-19 is going to be tough and long.

In an address to the nation this week, Prime Minister Boris Johnson said that the virus has "started to spread in an exponential way," and acknowledged there are "unquestionably difficult months to come."

The government says people "should assume" these changes will last for six months.

New COVID-19 cases have surpassed 6,000 a day — numbers not seen since May. The government's chief scientific adviser, Patrick Vallance, even warned the U.K. could see 50,000 new cases a day by mid-October if action wasn't taken.

In response, the government announced this week that last call at bars and pubs across England is now 10 p.m., people are urged to work from home again, and enforcement is being ramped up. (Decisions like these made by the British government apply only to England. The authorities in Scotland, Wales and Northern Ireland set their own course in fighting COVID.)

On Thursday the government also unveiled its new contact tracing app, which will instruct people to self-isolate if they have been exposed to anyone who is infected.

It was downloaded by more than a million people on its first day.

But there is concern the new strategy won't have the intended consequences and doesn't go nearly far enough.

Pubs worry the end is near

"We will probably be taken out for this, and we haven't done anything wrong," says Lawrence Santi, the founder and CEO of Marylebone Leisure Group, which runs 12 pubs and restaurants in London.

He broke the news to staff about the new closing time at his modern pub, The Marylebone. In normal times, some of his company's establishments would stay open until 3 a.m..

He says losing those essential hours of service will have an impact on business.

"Thirty-five to 40 per cent of your revenue is created in those hours," said Santi, pointing out that his venues were following all the government's COVID safety guidelines. "You can't reduce your costs that much."

England is also pushing hard on its "rule of six," the maximum size for a group gathering indoors or outdoors. The government has said it's concerned that social gatherings are a big reason for the spread of the virus.

But U.K. public health expert Devi Sridhar says fatigue with restrictions and mixed messages from the government are also part of the problem.

"Over the summer, they ran an 'Eat Out to Help Out' scheme, which basically subsidized indoor dining — which is the most risky sector, in some ways, with this virus," said Sridhar, referring to a government program aimed at boosting the economy.

The plan led to some packed restaurants, and she says that may be one factor fuelling the COVID surge.

Sridhar is the chair of global public health at the University of Edinburgh and a member of the Scottish government's COVID-19 advisory group.

She says the new measures for England are "window dressing" at this point in the pandemic, and will do nothing to prevent a second large lockdown — something Johnson says he is trying to avoid over concerns about the impact not only to the economy but also to the well-being of the population.

The idea of a "two-week circuit breaker" has also been discussed as a possible option, where hard restrictions would be put in place for a short period of time. 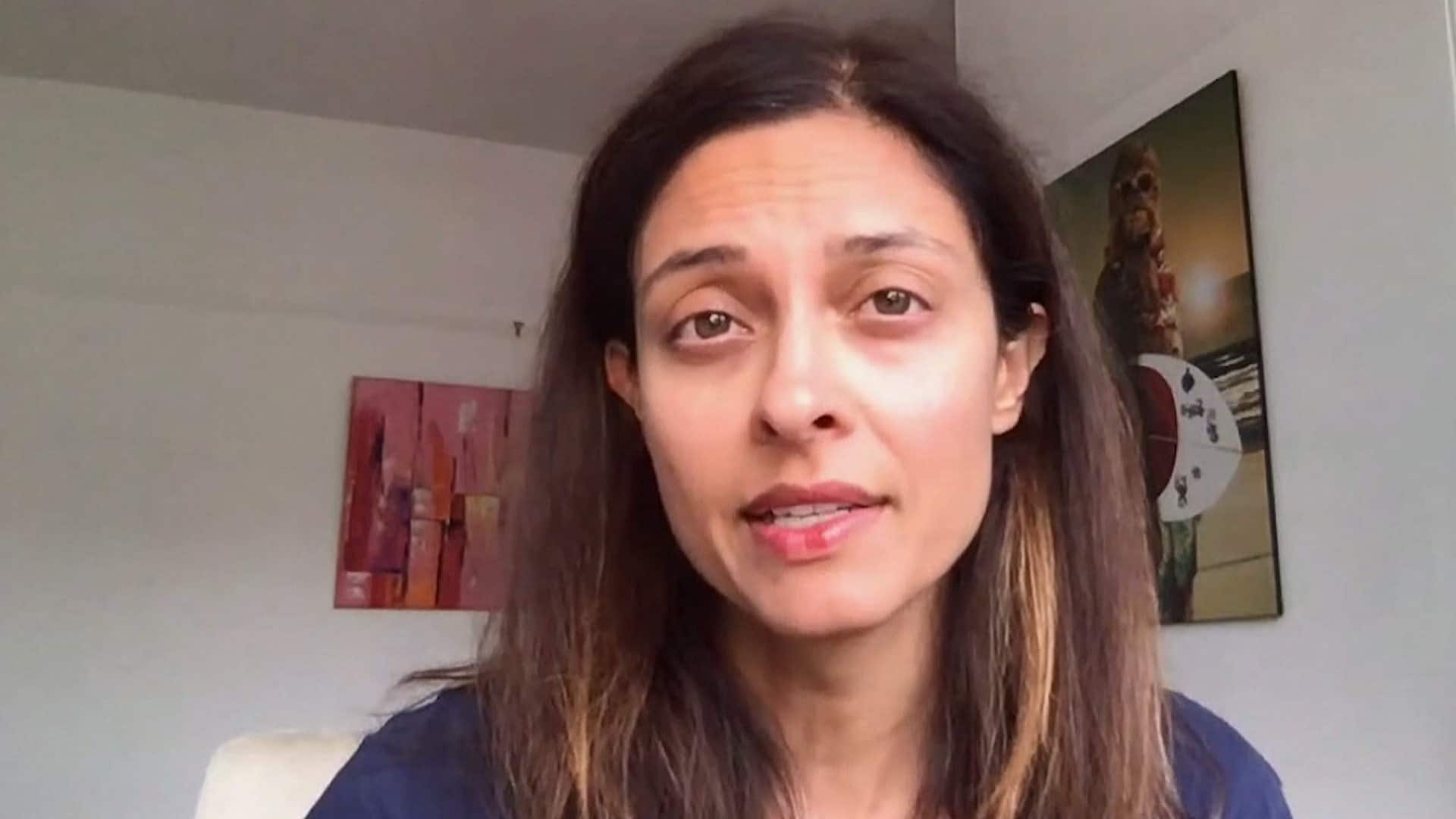 Sridhar says that should only be used as a last resort, and would only work if the virus can be virtually eliminated, as it was in New Zealand.

"When we've eased lockdown, unless you have a robust testing and tracking system like South Korea, the virus is going to keep spreading as soon as people get in close contact."

Another major pillar to the government's new plan is enforcement, including fines ranging from £200 for a first offence and up to £6,400 (around $340 to $10,800 Cdn) for people who violate the mask or gathering rules.

Johnson says if necessary, the military will be used to help support police.

"There is nothing more frustrating for the vast majority who do comply, the law-abiding majority, than the sight of a few brazenly defying the rules," he said during his address Tuesday.

But some say it's been hard to keep up with the ever-changing guidance.

Whinfrey works in the fashion industry in Shoreditch, a trendy part of central London.

She says during the spring lockdown the streets were empty and all the business — from cafes to shops — suffered.

"It's just going to go back to being super-quiet again," she said.

Still, Whinfrey says she is willing to do what is right, but wonders about others.

"Will people listen, or will they do what they want? Only the next few weeks will tell." 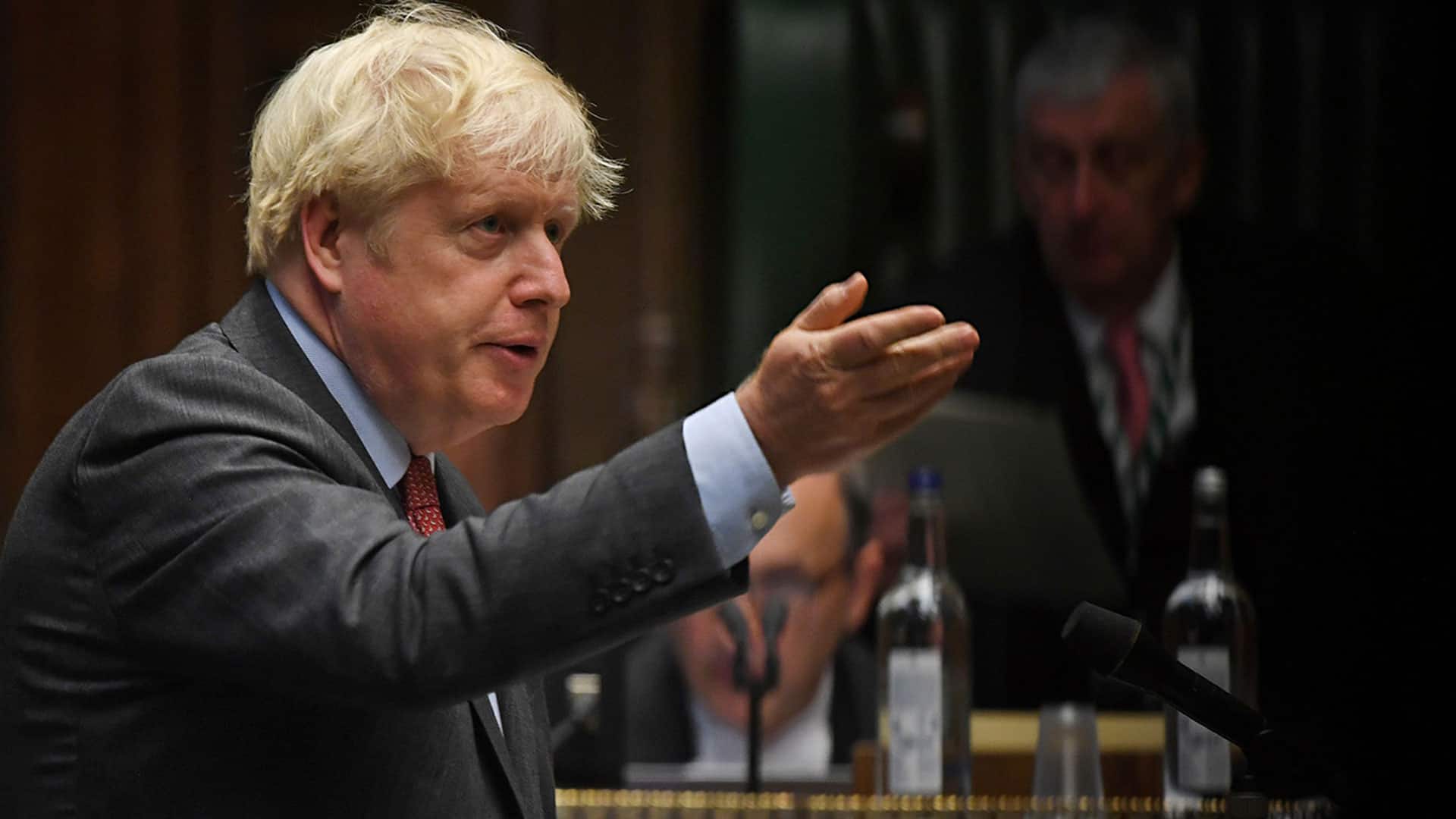 27 days ago
2:02
As COVID-19 cases surge in the United Kingdom, Prime Minister Boris Johnson reimposed restrictions in England, warning the measures might remain in place for six months if the situation doesn’t improve. 2:02

Renée is a CBC correspondent based in London, U.K. She has spent a decade with the organization in a number of roles, including senior business reporter, weekend news anchor, television and radio reporter, associate producer, program director and others.