The rebuilding needs of Lebanon are immense, but so is the question of how to ensure the hundreds of millions of dollars promised in international aid are not diverted in a country notorious for missing money, invisible infrastructure projects and its refusal to open the books.

Aid focused on medicine and hospitals, schools, food and housing

Hospitals and schools, then shattered and bent water pipes, then the crater that once was Lebanon's port.

The rebuilding needs of Lebanon are immense, but so is the question of how to ensure the hundreds of millions of dollars promised in international aid are not diverted in a country notorious for missing money, invisible infrastructure projects and its refusal to open the books.

And the port — the epicentre of the explosion that shattered Beirut on Aug. 4, the centre of Lebanon's import-based economy and a source of graft so lucrative that Lebanon's political factions were willing to divide its control so everyone could get a piece — sits at the heart of the fears.

The conference was hosted by French President Emmanuel Macron, who was mobbed last week by tearful victims of the Beirut ammonium nitrate explosion begging him to ensure the corruption they blame for the blast that devastated the capital does not profit from its destruction. The French presidency said France contributed 30 million euros ($47 million Cdn).

The head of the International Monetary Fund, which wants an audit of the national bank before handing over any money, was clear: No money without changes to ensure ordinary Lebanese aren't crushed by debt whose benefits they never see.

"Current and future generations of Lebanese must not be saddled with more debts than they can ever repay," IMF head Kristalina Georgieva said during the conference. "Commitment to these reforms will unlock billions of dollars for the benefit of the Lebanese people."

International leaders, government officials and international organization participated Sunday in the teleconference co-organized by France and the United Nations to bring emergency aid to Lebanon, including President Donald Trump.

But Macron's response to the crowd in Beirut and in a later speech there was unusually blunt: The aid "will not fall into corrupt hands" and Lebanon's discredited government must change.

'Absolutely not going to the government'

In the short-term, the aid streaming into Lebanon is purely for humanitarian emergencies and relatively easy to monitor. The U.S., France, Britain, Canada and Australia, among others, have been clear that it is going directly to trusted local aid groups like the Lebanese Red Cross or UN agencies.

But actual rebuilding requires massive imports of supplies and equipment. The contracts and subcontracts have given Lebanon's ruling elite its wealth and power, while leaving the country with crumbling roads, regular electricity cuts, trash that piles on the streets and intermittent water supplies.

WATCH | Lebanese doctor on trying to save victims amid pandemic: 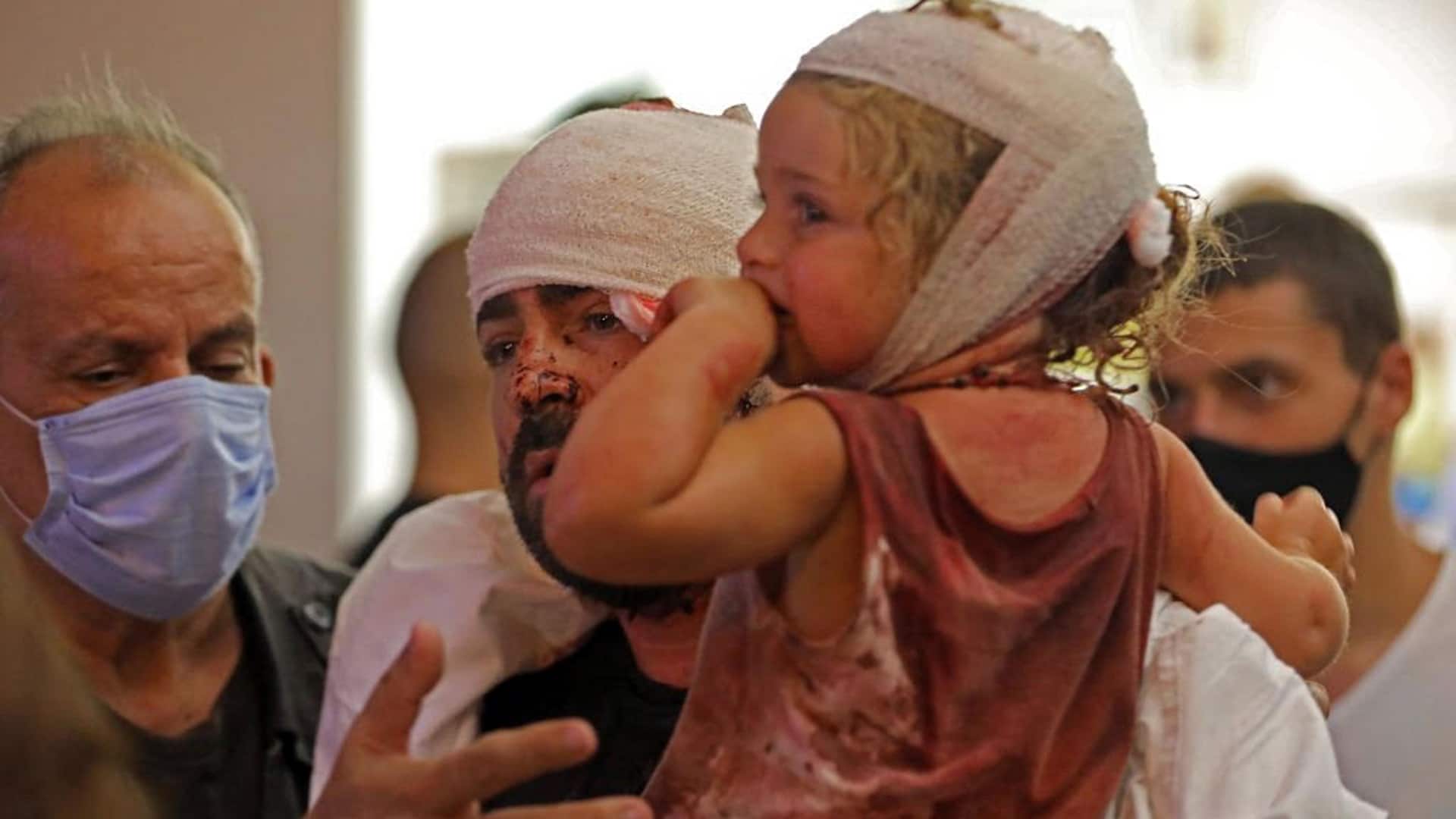 'There was blood everywhere': Lebanese doctor on trying to save victims amid pandemic

3 months ago
8:39
On the day of the explosion in Beirut's port, Dr. Fred Bteich, a neurosurgeon resident at Hôtel-Dieu de France, said hospitals were so overwhelmed that staff couldn't even manage to triage patients who were pouring into the ER. 8:39

"The level of infrastructure in Lebanon is directly linked today to the level of corruption," said Neemat Frem, a prominent Lebanese businessman and independent member of parliament. "We badly need more dollars but I understand that the Lebanese state and its agencies are not competent."

Lebanon has an accumulated debt of about $100 billion US, for a population of just under 7 million people — 5 million Lebanese and 2 million Syrians and Palestinians, most of them refugees. Its electricity company, controlled like the port by multiple factions, posts losses of $1.5 billion US a year, although Frem said most factories pay for their own generators because power is off more than it's on.

Prior aid, Houry said, ended up as a tool in the hands of the political leaders, who kept their slice and doled out jobs and money to supporters.

'Public is going to be incredibly distrustful'

Protesters, tired of the small indignities they endure to get through a day — 37 per cent of people report needing to pay bribes, compared with 4 per cent in neighbouring Jordan, according to Transparency International — and the larger issue of a collapsing state, are going after both.

"The public is going to be incredibly distrustful of the way this is done, and I think rightly so," said Frank Vogl, a co-founder of Transparency International and chairman for the Partnership for transparency Fund.

On Saturday, they seized offices of the Economy Ministry, hauling away files they said would show corruption around the sale and distribution of wheat. Lebanon's wheat stockpile, stored next to the warehouse filled with ammonium nitrate, was destroyed in the explosion.

"We restored the economy ministry to the Lebanese people," one man called out as they rifled through the desks.

Julien Courson, head of the Lebanon Transparency Association, said the country's non-profits are forming a coalition to monitor how relief and aid money is spent. He estimated Lebanon loses $2 billion US to corruption each year.

"The decision-makers and the public servants who are in charge of these files are still in their positions. Until now, we didn't see any solution to the problem," he said.

A first step would be an online clearinghouse for every contract linked to reconstruction, Courson said. And the first project has to be highly visible and spread the benefits widely, said Christiaan Poortman, board chairman of Infrastructure Transparency Initiative.

"That will help keeping some of the political stuff at a distance," Poortman said. "Donors will have to be on top of this. The issue of procurement is always where lots of corruption takes place ... it needs to be done quickly, and there is always the temptation to not follow the rules and go ahead and do something where a lot of people are going to make a lot of money."

Speaking at a news conference in which he conspicuously did not appear alongside Lebanese President Michel Aoun, Macron said he was approaching Lebanon with "the requirements of a friend who rushes to help, when times are hard, but not to give a blank check to systems that no longer have the trust of their people."