There are federal codes and rules around the sale, transportation and storage of ammonium nitrate; it would be an extraordinary regulatory violation to have thousands of tonnes of the chemical languishing unchecked as officials say was done in Beirut. 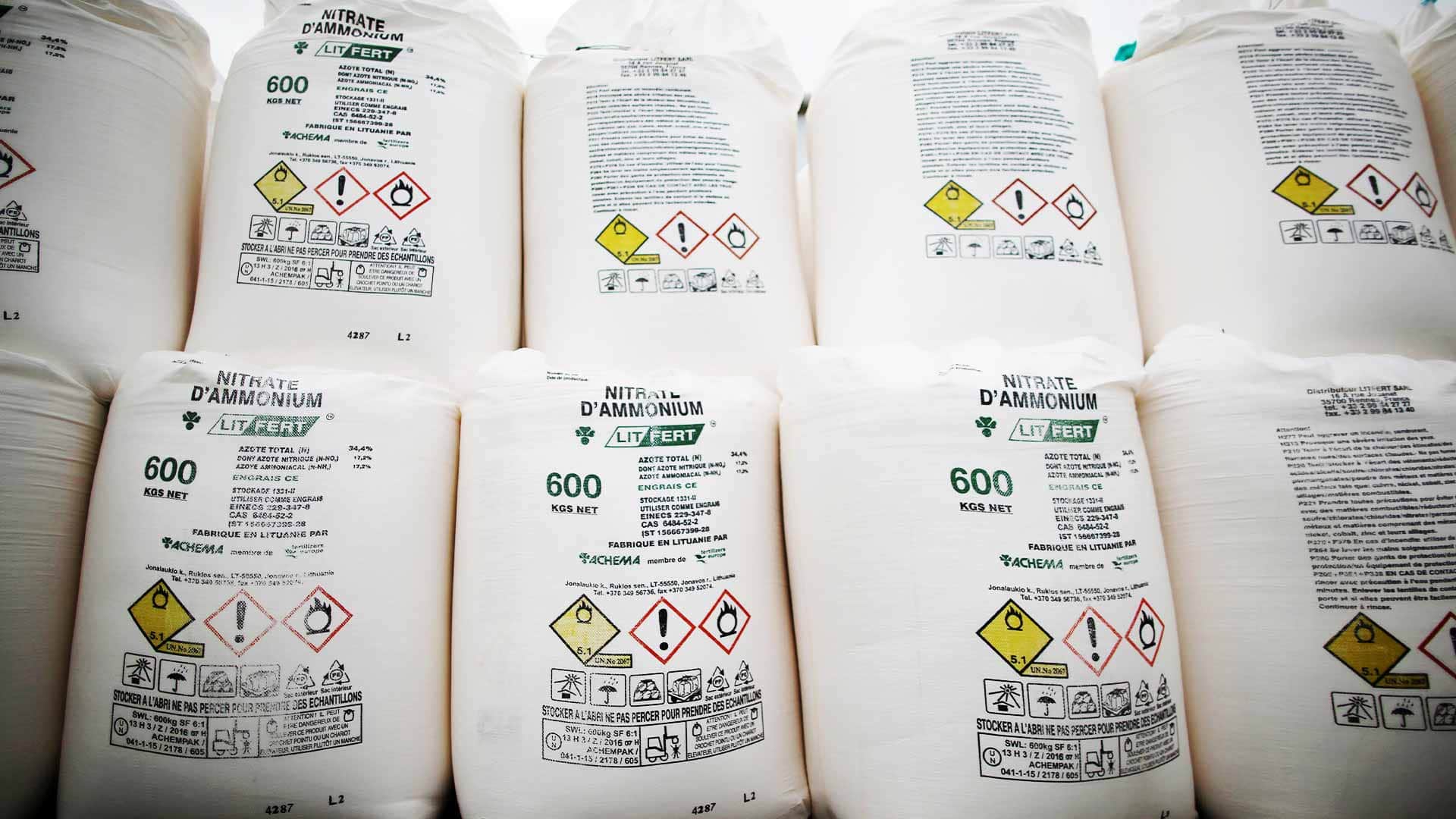 How ammonium nitrate is stored in Canada to avoid explosion

3 months ago
2:05
Storage of ammonium nitrate is strictly regulated in Canada to avoid a disaster like the explosion that rocked Beirut on Tuesday. 2:05

Lebanese officials have blamed a powerful explosion in Beirut on thousands of tonnes of ammonium nitrate, which had been stored and neglected at the capital's port. The blast flattened entire sections of the strained city Tuesday, killing at least 145 people, injuring 5,000 and leaving more than a quarter of a million homeless.

One Canadian expert said the devastation that occurred in Beirut is not likely to happen in Canada, as the sale, transportation and storage of the chemical compound is carefully controlled by federal regulations.

"I am fairly confident that we have procedures in place to limit the risk," Mario Tenuta, a professor of applied soil ecology at the University of Manitoba, told CBC Manitoba.

Natural Resources Canada, which regulates storage of the chemical, did not identify specifically where in Canada ammonium nitrate is largely stored today when asked by CBC News. However, the agency said the chemical has been regulated in the country since 2008.

Where can ammonium nitrate be stored in Canada?

Ammonium nitrate is used for both fertilizer and controlled blasting at mines and quarries in Canada and around the world. The compound is considered to be relatively safe if stored properly but can be extremely dangerous if contaminated or stored incorrectly. Explosions can be triggered if a large amount of ammonium nitrate is exposed to extreme heat.

In Canada, the storage of ammonium nitrate is federally regulated.

Rules state a single storage facility in Canada can store a maximum 200 tonnes of ammonium nitrate, which is less than a tenth of the 2,750 tonnes that exploded in Beirut.

The chemical cannot be stored within 91 metres of a school, hospital, hotel, sports arena, condo tower, office building and similar multi-storey buildings where people might be gathered, according to the Ammonium Nitrate Storage Facilities Regulations.

Storage must also be at least 45 metres from a single-storey building, such as a family home or a train station.

The rules require, among other things, that all storage areas be locked down when nobody's working in them, that a seller inform local police of all their storage areas and that the seller conduct weekly checks to make sure no one has tampered with their supply.

"Environment and Climate Change Canada (ECCC) requires registration of AN [ammonium nitrate] storage sites under their Environmental Emergency Plans, including notification of local fire departments and any business/residence within 800m of AN storage sites, and annual 'testing' of the fire safety plans for AN storage sites," read a statement from Natural Resources Canada.

Environmentally, mines in British Columbia, for example, have specific nitrogen management plans for all phases of use, from storage to handling through detonation, in order to protect the surrounding environment from consequences of an explosion.

"The storage of large quantities of AN [ammonium nitrate] is not without attendant hazards and risks, especially at remote locations such as mine sites or northern communities where emergency response or evacuation may be complicated by the location and elements," said a 2014 set of guidelines for explosive facilities from Natural Resources Canada.

"You've got to go through a little bit of hoops if you want to use the product, and it's just not convenient," Tenuta said.

"There are other products that can be cheaper and don't have issues involved with it."

There are also safety requirements in place for transporting ammonium nitrate on the ground, by rail or by sea in Canada.

Packaged ammonium nitrate can be moved through Canadian ports, as long as the safety requirements of the Transportation of Dangerous Goods Act and the Canada Shipping Act are followed.

"Port terminal operators handling dangerous goods are surveyed regularly by Natural Resources Canada to determine safe quantities to be stored on the terminals," read a statement from the Port of Vancouver.

Fifteen people died when an explosion caused by ammonium nitrate ripped through a fertilizer plant in West, Texas, on April 17, 2013. The blast damaged an area equal to 37 city blocks, destroying more than 500 homes.

Incidents in Canada were not near the same magnitude.

A dozen homes along the Trans-Canada Highway west of Kamloops, B.C., were evacuated in 2014 after a semi-trailer carrying 40,000 kilograms of ammonium nitrate caught fire. The driver, who had been travelling from Alberta to the Gibraltar Mine near Williams Lake, unhitched the trailer from the burning cab to prevent the flames from reaching the explosive cargo. The flames eventually died down on their own.

Years earlier, panic spread among officials when Kinder Morgan reported two tonnes of ammonium nitrate missing from a shipment travelling from Surrey, B.C., and Vancouver, two months before the 2010 Winter Olympics were to be held in the coastal city. An RCMP investigation of the incident concluded the cargo discrepancy was the result of a clerical error.

With files from Tahmina Aziz, CBC Archives and Reuters