As COVID-19 continues to take its deadliest toll on long-term care facilities, Ontario and Quebec are struggling hard to contain outbreaks — while other provinces like British Columbia have managed to keep infections under control.

As COVID-19 continues to sweep through long-term care facilities, Ontario and Quebec are struggling hard to contain outbreaks — while British Columbia and other provinces have managed to keep infections under control.

Experts say that's because B.C. took swift, coordinated and decisive actions to stop the transmission of the virus, such as providing adequate protective gear and financially supporting front-line staff to restrict their movement between sites.

There have been 111 deaths in long-term care facilities in B.C., including hospitals, compared to more than 2,500 in Quebec and 1,500 in Ontario.

This week, the military issued separate reports on the conditions inside 30 homes in Quebec and Ontario where more than 1,600 Canadian Armed Forces members have been deployed to assist in the crisis.

In five Ontario long-term care homes, the military reported incidents of neglect, aggressive treatment toward residents and cases of residents being improperly fed, left in soiled clothing or going unbathed for weeks. There were also reports of insect infestation and the smell of rotting food. 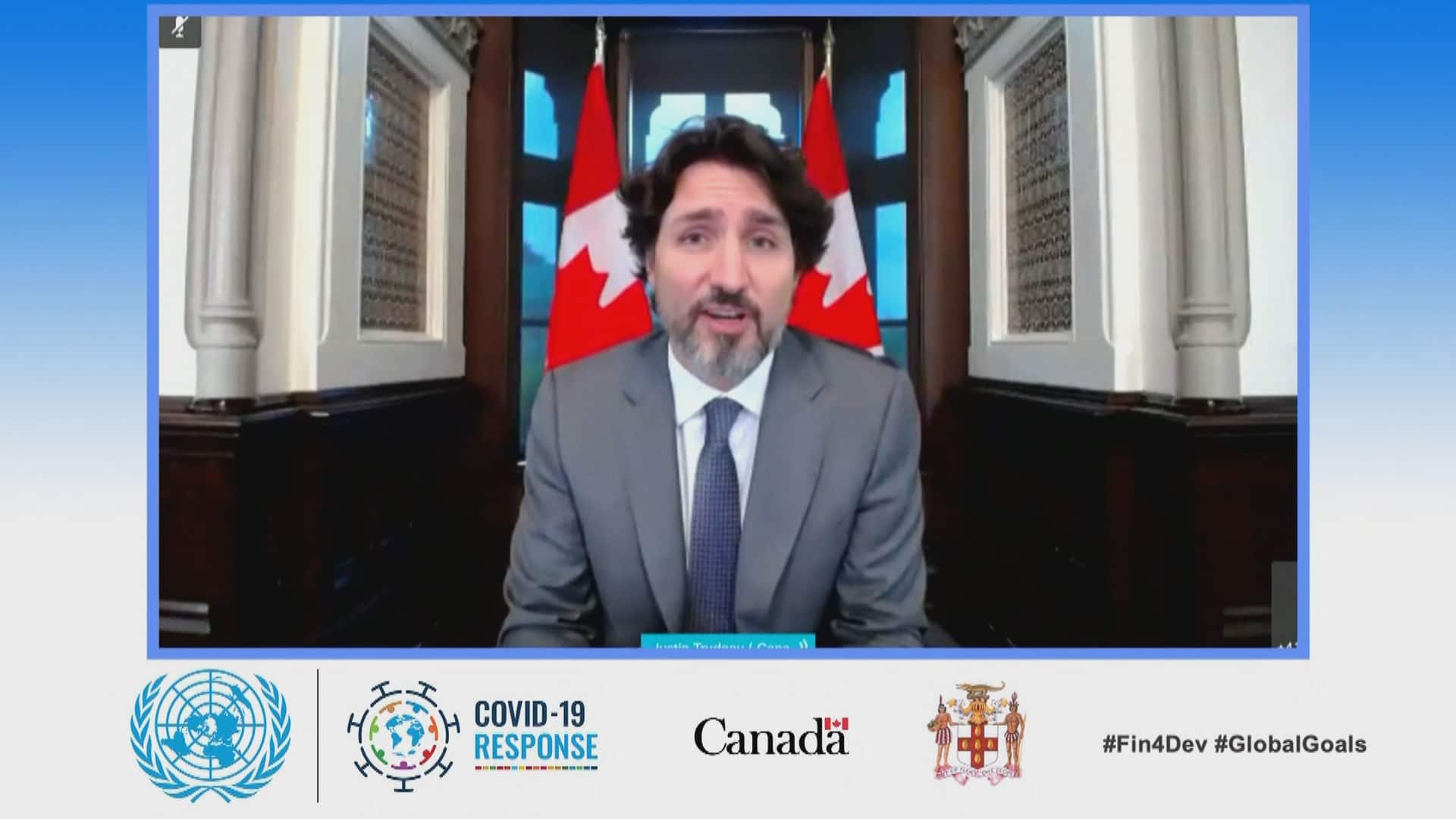 Military medical teams are only a stop-gap for Quebec's long-term care homes: Trudeau

Pat Armstrong, a sociology professor at York University who led the 10-year international project Re-imagining Long-term Residential Care, said the military has drawn attention to deficiencies that existed long before the pandemic hit.

She said one important way B.C. limited the spread of the virus was by taking over staffing — ordering that personal support workers each work in only one facility, instead of multiple locations. Wages were boosted to compensate for the loss of second jobs.

"They've had fewer deaths and fewer outbreaks, I think primarily because they acted so quickly and in the way they did to take over the employment of these people in long-term care. And they stopped extra people from coming into the homes. That was another factor," Armstrong said.

Another factor reducing the risk in B.C.'s long-term care facilities is the fact that more nursing homes in the province have modern infrastructure with fewer four-bed units. They also provided more personal protective equipment to staff early on, Armstrong said.

Officials should have made special efforts with long-term care homes because their residents have complex needs and are often in congregate living arrangements, she argued. Instead, she said, Ontario and Quebec focused on ensuring that hospital front-line workers were equipped first.

"We focused there and didn't pay enough attention to long-term care, even as we were being told that the elderly were particularly at risk," she said.

Lessons learned from other countries

"Everyone understood the consequences in long-term care of this outbreak, how vulnerable people were. We knew that from what had happened in Wuhan, in Hubei province, and other places in the world, so there was a significant need to act in acute care," he said.

Dix also said B.C. was lucky; Quebec's spring break happened earlier than B.C.'s, which meant the B.C. government had more time to warn international travellers against actions that could bring the virus home with them.

"We need to recruit a whole new generation of care workers," he said.

WATCH | What B.C. did right in long-term care homes during pandemic: 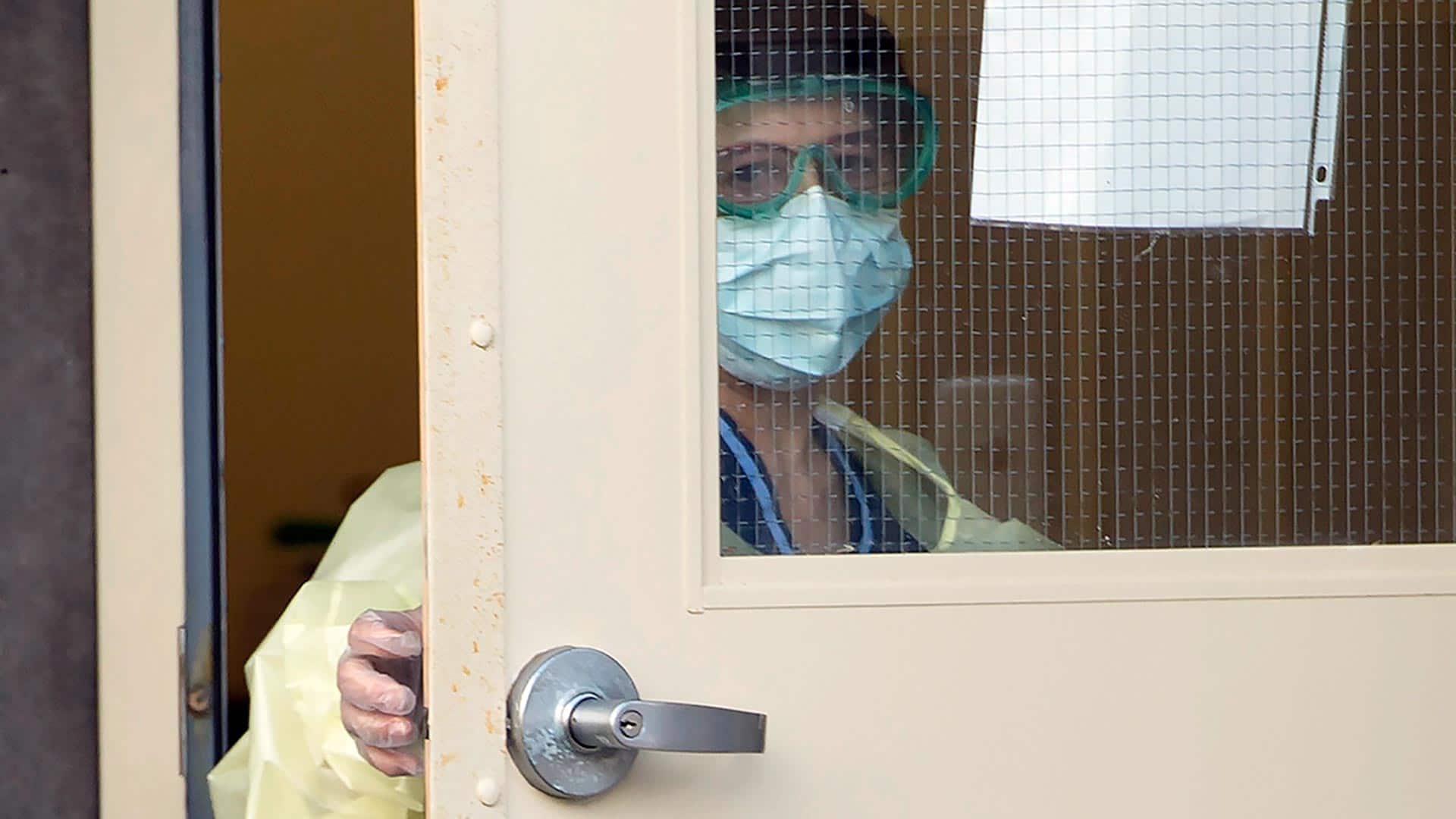 What B.C. did right in long-term care homes during pandemic

5 months ago
1:35
While Ontario and Quebec struggle with major COVID-19 outbreaks at long-term care homes, British Columbia's approach appears to be a model case, with clear and decisive action on everything from staffing policy, to pay, to personal protective equipment. 1:35

"That was good luck we had a later spring break and were able to tell people not to go away and bring COVID-19 back with them," he said. "That was something we learned from the province of Quebec, just like we learned from Italy and Hubei."

Going forward, Dix said long-term care will need deep changes — everything from updating infrastructure to improving human resources and recruitment practices to hire the best people to care for the elderly.

Jennifer Baumbusch, a nursing professor at the University of British Columbia, said the pandemic's impact on long-term care facilities is a "great tragedy" and the consequence of decades of policy and funding neglect.

She said B.C. fared better than other provinces because government and health officials acted quickly to mobilize resources to control infection and support staff.

Instead of each home in B.C. being left to procure its own protective supplies, a centralized service run by the non-profit SafeCareBC has been collecting and distributing PPE. Baumbusch said that was "absolutely key" to stopping the spread of the virus; in other provinces, gaps in protective gear supplies led to higher rates of infection.

Requiring staff to work at a single site also helped to limit the spread, Baumbusch said. She welcomed the province's recent announcement that legislation will make that policy permanent.

"By paying people a decent wage, hopefully they're able to just limit themselves to that one site and stay with that employer," she said.

Long-term care facilities fall under provincial jurisdiction, but the crisis has led to calls for the federal government to step up — either by putting long-term care under the Canada Health Act or by financing infrastructure projects to update or build new homes.

Ontario and Quebec have asked workers to stop travelling between multiple long-term care homes and choose one location to work at. However, unions representing workers in both provinces say that voluntary measure came roughly three weeks after B.C. took action and by then the crisis was too far gone.

Both provinces have also promised pay increases to workers. But CUPE said the majority of workers' paycheques haven't changed yet.

CUPE's Candace Rennick represents 30,000 workers in Ontario long-term care homes and said there are only a handful of cases across Ontario where employers have opted to pay the increase in advance.

"It has not started flowing in the vast majority of facilities in Ontario," Rennick said. "It's a little bit frustrating that you know in one breath you come out and make this really great announcement...and here we are over a month later and people haven't seen a dollar of it. It's pretty disappointing."

In Quebec the money is flowing, according to Esteben Harguindeguy with Conseiller Syndical SQEES-298, which represents 25,000 workers in public and private long-term care facilities. He said Quebec should have acted immediately like B.C. and had a more coordinated approach.

"It took too long for the system to adjust," said Harguindeguy. "Some places didn't have any employees left."

He said in some long-term care homes up to 10 employees at a time were testing positive with COVID-19 and told to go home and quarantine for 14 days. But due to a shortage of staff, he claims some were asked to come back to work after a week because homes were so short-staffed.

NDP health critic Don Davies said that while the spotlight is now on Quebec and Ontario, it's important to recognize that long-term care facilities across the country are in poor condition.

"This is a national problem that affects all provinces and territories. If the [Canadian Forces] were in every care home in every province, I think you'd see many more examples of what we just saw in Ontario," he said.

"Not a single province or territory is meeting the minimum standard of 4.1 hours of hands-on care per day."

While B.C. has managed to control the spread of infection, the death rates in long-term care in the province from COVID-19 are still relatively high compared to the rest of the population. The B.C. government recently had to take over three care homes because residents were not getting the care they need, he said.

"The outrageously low rates of inspection in Ontario and Quebec — nine out of more than 600 homes in Ontario in 2019, and less than half the homes in Quebec in last three years — breed conditions of neglect," he said.

Davies is calling on governments to bring long-term care under the Canada Health Act along with hospitals. He's also calling for a targeted federal transfer tied to provinces and territories meeting care standards, working conditions and non-profit delivery.