A Vancouver woman has been accused of defrauding dozens of migrants with promises of a pathway to permanent residency in Canada through an immigration program that doesn't actually exist.
Canada -British Columbia |5 hours ago

Kremlin appears to have scaled back its war ambitions in Ukraine

Russian forces attacked settlements in eastern Ukraine from the ground and air, officials said on Thursday, in support of the Kremlin's apparently scaled-back ambition of only securing the bulk of Ukrainian land it has claimed in the war.
World |1 hour ago
Updated

CBC News Explore takes you beyond the headlines to explain and experience the news with our journalists in Canada and the world.
5 hours ago
New

A new docuseries about Prince Harry and Meghan Markle's courtship, marriage and subsequent fallout with the Royal Family was released on Thursday.
Entertainment |29 minutes ago

What is stiff-person syndrome?

Shark Week has too many white men and is prone to 'fear mongering': study

Radio -As It Happens |December 7|
New

As drag shows in the U.S. are increasingly targeted, the community fears violence

Porter Airlines to fly out of Pearson to Vancouver, plus Ottawa and Montreal 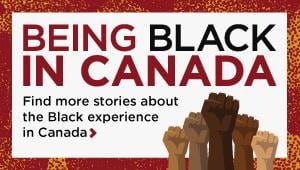 Feedback or complaints regarding the application of CBC Journalistic Standards and practices?  Learn more