Your brain is lying to you — colour is all in your head, and other ‘colourful’ facts

Colour is not part of our world, says neuroscientist Graham Duggan

We live our lives in Technicolor. Our world is one of green forests, blue skies and glowing orange sunsets — but all those beautiful, vibrant shades are an illusion. Living Colour, a documentary from The Nature of Things, delves into our vivid vision to uncover the secrets of colour. Here are a few things we learn in the film.

Colour is an illusion, not part of the real world

We think of colour as being a fundamental property of objects in life: green trees, blue sky, red apples. But that’s not how it works.

“What colour is not is part of our world,” says neuroscientist Beau Lotto. “Every colour that people see is actually inside their head … and the stimulus of colour, of course, is light.”

As light pours down on us from the sun, or from a lightbulb in our home, objects and surfaces absorb some wavelengths of light and reflect others. “The ones that are reflected then land onto our retina,” says Lotto. There, those reflected wavelengths are transformed into electrical signals to be interpreted by our brain.

We can see about a million different colours

Most humans are trichromats, which means our eyes have three different types of cone cells: red, green or blue, able to detect about 100 shades each. In combination, our cones allow us to see about a million different colours.

Among mammals, it’s mainly humans, apes and Old World monkeys that have three cone types. Most other mammals are dichromats, meaning they only have two types of cones and are only able to see 10,000 combinations.

One evolutionary theory to account for our great colour vision comes down to communication, according to Mark Changizi, a cognitive scientist.

With so much bare skin, we can see a range of blushing and blanching. If another person blushes with too much colour or looks “white as a sheet,” we can see these involuntary cues and know about their true health or physical status. “This is how you ‘see’ the health of your child, for example,” says Changizi.

We may have early bacteria to thank for our colour vision

Professor Jay Neitz, a colour vision researcher at the University of Washington, notes that the key to colour vision — our eye’s photoreceptors — didn’t spring up overnight. In fact, the first “eyes” to evolve on our planet were rudimentary at best.

Before there were any fish or invertebrates swimming in the seas, the ancestors of bacteria were floating in the currents. Those archaebacteria absorbed energy from the sun, just as plants do today. But back then, the sun’s UV rays were very damaging.

These single-celled early earthlings responded to blue-yellow light, which kept them out of harm’s way. They would migrate away from the intense sunlight of the day and rise up toward the sea’s surface with the orange light of dusk and dawn, when they could absorb energy more safely.

Our memories may affect how we see colours

Anya Hurlbert of Newcastle University is investigating how our experiences and memories may impact the way we perceive the colour of objects. In particular, she’s interested in a phenomenon called colour constancy.

Consider holding a ripe banana in your kitchen — it undoubtedly looks yellow. If you take that banana outside and look at it under very different lighting conditions, it will still look yellow. “The brain adjusts for this difference in order to keep the object looking the same colour,” Hurlbert says. The typical banana shape may even be the key to seeing it as yellow, as Hurlbert explains during a striking demonstration in Living Colour. “It’s a pretty powerful perceptual effect.”

In other words, our brain sometimes jumps to conclusions when it comes to colour and maintaining our perception of the world.

Our words may affect how we see colours

The way you differentiate between colours may depend on the language you speak.

Cognitive scientist Lera Boroditsky, a professor at the University of California San Diego, has studied how language allows us to discriminate between different hues. “Languages divide up the colour spectrum in lots of different ways,” she says. “Some languages have lots of words for colours; some languages have only a couple of words.” 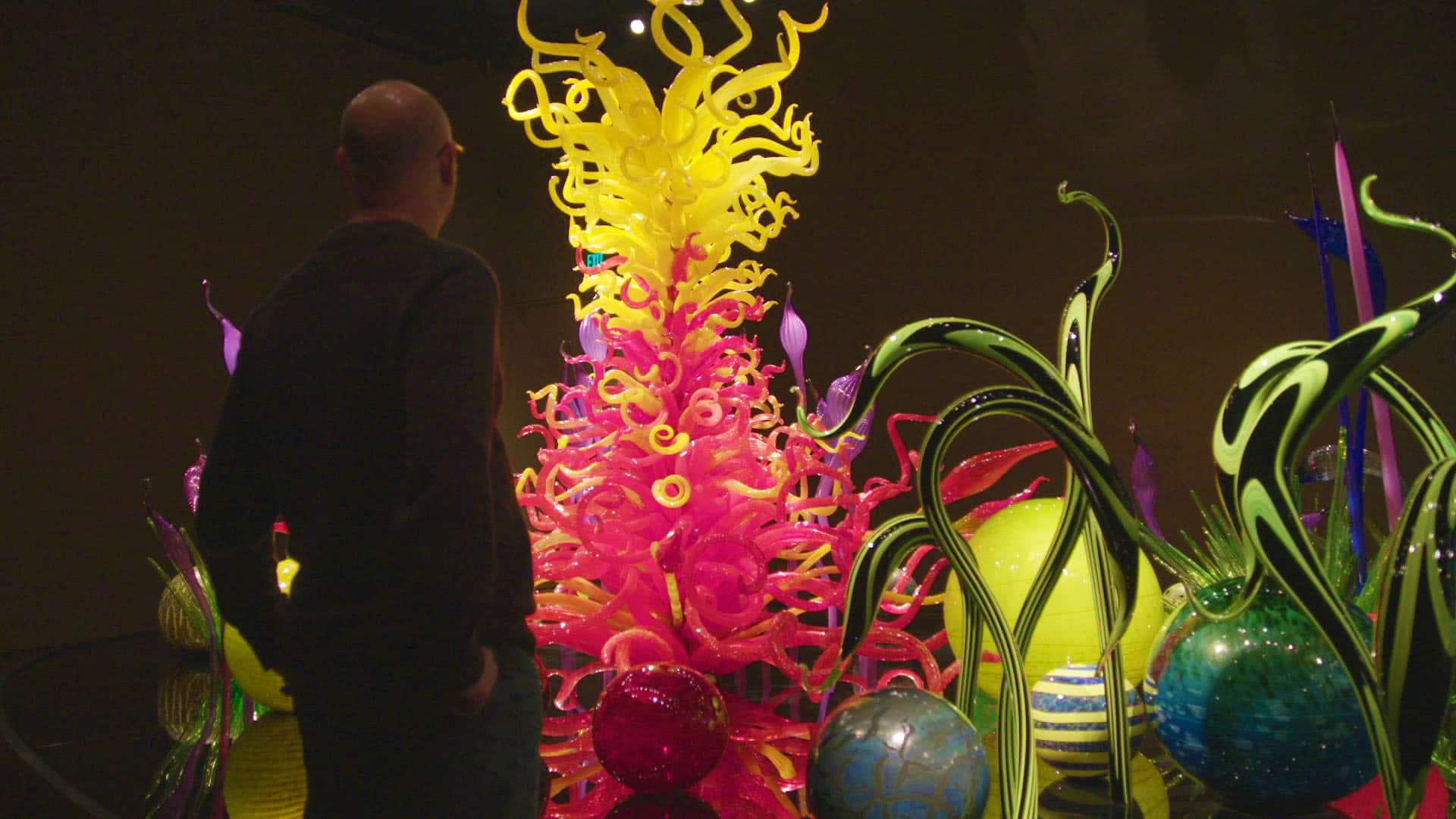 For instance, the Russian language has two different words for what English speakers would call blue: one for light shades and the other for dark shades. “[My team and I] wondered if Russian speakers are getting a lifetime of practice dividing blue into light ... and dark. Are they actually getting better at distinguishing between different shades of blue?” Boroditsky says, who conducted a study to find out.

As it turns out, native Russian speakers were faster at identifying those different shades when compared to native English speakers.

“What a lot of these studies are showing us is that language and culture and experience actually trains the very nuts and bolts of perception,” says Boroditsky. “It changes even what colour you see when you look out in the world.”

MORE:
Meet three people who may see the world completely differently than you do
Vantablack: One of the darkest materials ever made

In the contest of colour vision equipment, the mantis shrimp takes the top prize. It has perhaps the most extraordinary eyes in the animal kingdom.

“They have, in many ways, the most unusual eyes we’ve ever discovered,” says Tom Cronin, a biologist at the University of Maryland, Baltimore County, who studies the plucky little crustaceans. They have about 12 primary colour receptors (compared to our three) and can even detect two types of polarized light. But strangely, the shrimp does not ace colour discrimination tests.

The mantis shrimp’s biological need for such incredible colour vision hasn’t been fully determined. “They may well have this super colour vision for some super task that we haven’t discovered yet,” says Cronin.

Shrimp-inspired cameras are now being tested for a number of different applications, from detecting cancer cells to helping self-driving cars “see” in dangerous conditions.

Watch Living Colour on The Nature of Things.