What If Mount Vesuvius Erupted Today?

Mount Vesuvius is one of the most dangerous volcanoes in the world, located in the most densely populated volcanic region in the world. And experts say it is due for another cataclysmic blowout. 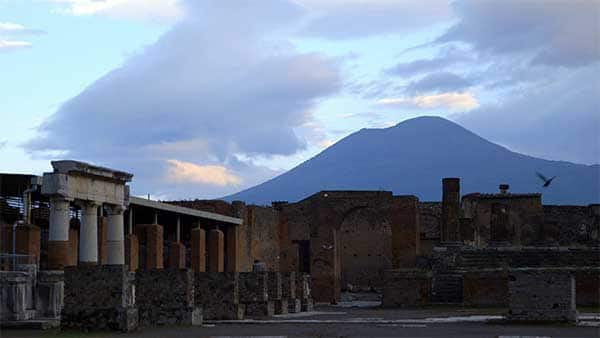 Vesuvius looms over the ruins of nearby Pompeii

In AD 79, Mount Vesuvius famously erupted, spewing a cloud of stones, ash and fumes 33 kilometres in to the air. More than 2,000 people died and the thriving Roman city of Pompeii (as told in the Nature of Things doc, Pompeii's People) was buried under metres of ash for centuries.

The only surviving eyewitness account was documented in two letters written by Pliny the Younger to historian Tacitus. "Ashes were already falling, not as yet very thickly. I looked round: a dense black cloud was coming up behind us, spreading over the earth like a flood. We had scarcely sat down to rest when darkness fell, not the dark of a moonless or cloudy night, but as if the lamp had been put out in a closed room," he wrote. We now know that the eruption had 100,000 times the thermal energy of the Hiroshima bombing.

Mount Vesuvius is one of the most dangerous volcanoes in the world, located in the most densely populated volcanic region in the world.

It's a stratovolcano, a type known for its explosive eruptions. It's very active, having blown a dozens times before, including after the famous Pompeii event. It last erupted 1944, when 26 people were killed, nearby villages destroyed and US airplanes based at the Pompeii airfield nearby coated with a thick layer of ash.

Today, Vesuvius sits on a 154 square-mile (400 square-kilometer) layer of magma and although its been silent for 72 years, experts say it is due for another cataclysmic blowout. 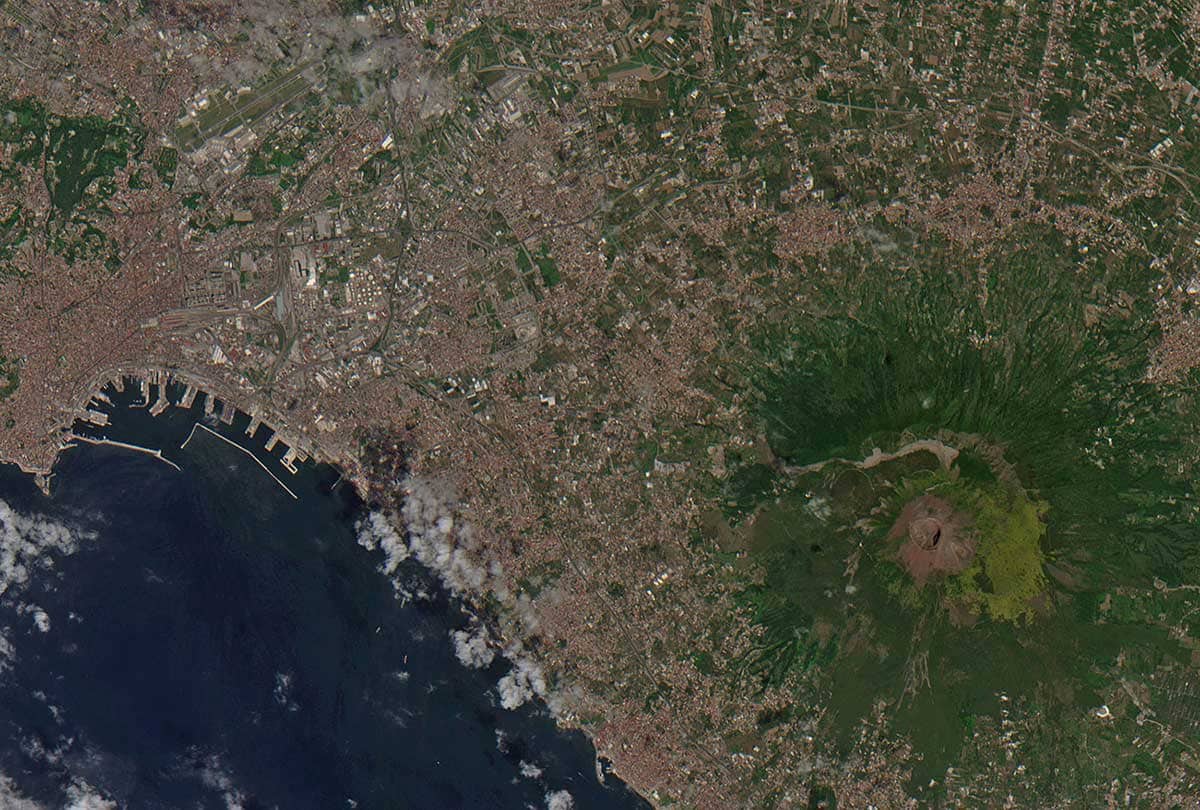 The city of Naples, with a population of over 3 million people is located just a short 12 kilometres away. And another 600,000 people live even closer, in the red zone (a distance of 10 kilometres from the crater) where they are in the direct path of deadly pyroclastic flows.

The eruption that levelled Pompeii measured a 5 (some experts say 6) on the Volcanic Explosivity Index. Each increased number indicates an eruption that is 10 times more powerful (the highest score on record so far being 8). It was preceeded by a powerful earthquake 17 years beforehand, but most accounts, the actual explosion was fairly sudden and lasted two days.

These eruptions are rare, scientists estimate that there have been only 20 around the world since 1500. Vesuvius' last major eruption in 1631 was a VEI 4; the volcano started roaring and finally exploded about six days later. Still, 6000 people are thought to have died.

If Vesuvius erupted today, the damage would depend on the scale of the eruption. As a worst case scenario, experts are planning for a VEI 4. 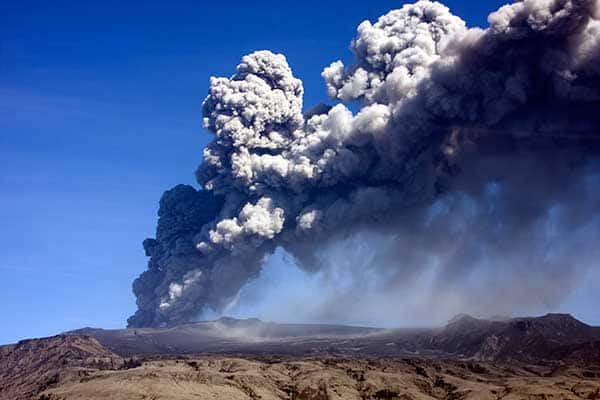 Eyjafjallajökull erupts spewing a plume of smoke into the atmosphere. Photo: iStock

Cost of an Eruption

Even at that level, an eruption would create an intense heat blast capable of cooking people to death in less than a second, followed by a pyroclastic flow of lava and rock while smoke and ashes would shoot into the atmosphere. By some expert estimates, a VEI 4 or 5 eruption could kill over 10,000 people and cost the Italian economy more than $20 billion. Millions of people would certainly lose power, water and transportation, some for months.

Like Eyjafjallajökull (VEI 4), which blew in 2010, an eruption would disrupt air travel and shipping on the entire continent, this time for weeks — not days.  Depending on which way the wind is blowing, Pompeii and most likely downtown Naples could be buried in metres of ash creating work for future archaeologists as they uncover our Rick Astley CDs and Mutant Ninja Turtle figurines.

That's why the Vesuvius Observatory monitors seismic activity on Vesuvius 24/7 looking for signs of an impending eruption. The government of Italy has prepared an emergency evactuation plan to move the 600,000 people nearby out of harm's way within 72 hours. It's also actively trying to reduce the population living nearby by demolishing illegally constructed buildings, establishing a national park around the volcano to prevent further construction and offering a financial incentive to get families to relocate.

But the reality is that Vesuvius, the Pompeii ruins and nearby Naples are a huge attraction and vital to the local economy, drawing millions of tourists a year who are drawn to the fascinating site of a past civilization — a 2,000-year-old city frozen in time and preseved by the same volcanic eruption that caused its destruction.