I travelled to the Rockies to help discover the history of animal life Maydianne C.B. Andrade, presenter of First Animals

Last summer, among the high peaks of the Rocky Mountains, I joined Jean-Bernard Caron, curator of invertebrate paleontology at the Royal Ontario Museum, and a crew of experts and volunteers as they picked their way up the sharply angled slopes to a small quarry. There, evolutionary history was being unearthed from some very special rocks.

We captured our expedition to find fossils, and even some previously unknown species, in First Animals, a documentary from The Nature of Things.

An incredible look at Earth’s distant past

Since I was a teenager, I’ve been reading about the rich vein of rock known as the Burgess Shale. It’s a jewel of Canadian science, one that has unveiled deep insights into the early days of animal life on Earth. The unique conditions here led to the preservation of organisms in such exquisite detail that we’re able to look deep into the past and see, with unprecedented clarity, the shapes and lives of the animals that swam in a Cambrian sea more than 500 million years ago.

We can see their weapons, their defensive shells, and their digestive and sensory structures, and we can see that they lived in dynamic ecological communities, rich with the type of predator and prey dynamics that still play out in nature today. The very first eyes, the first mouths, the first claws and teeth — all of this is trapped in the rock, waiting to be found. 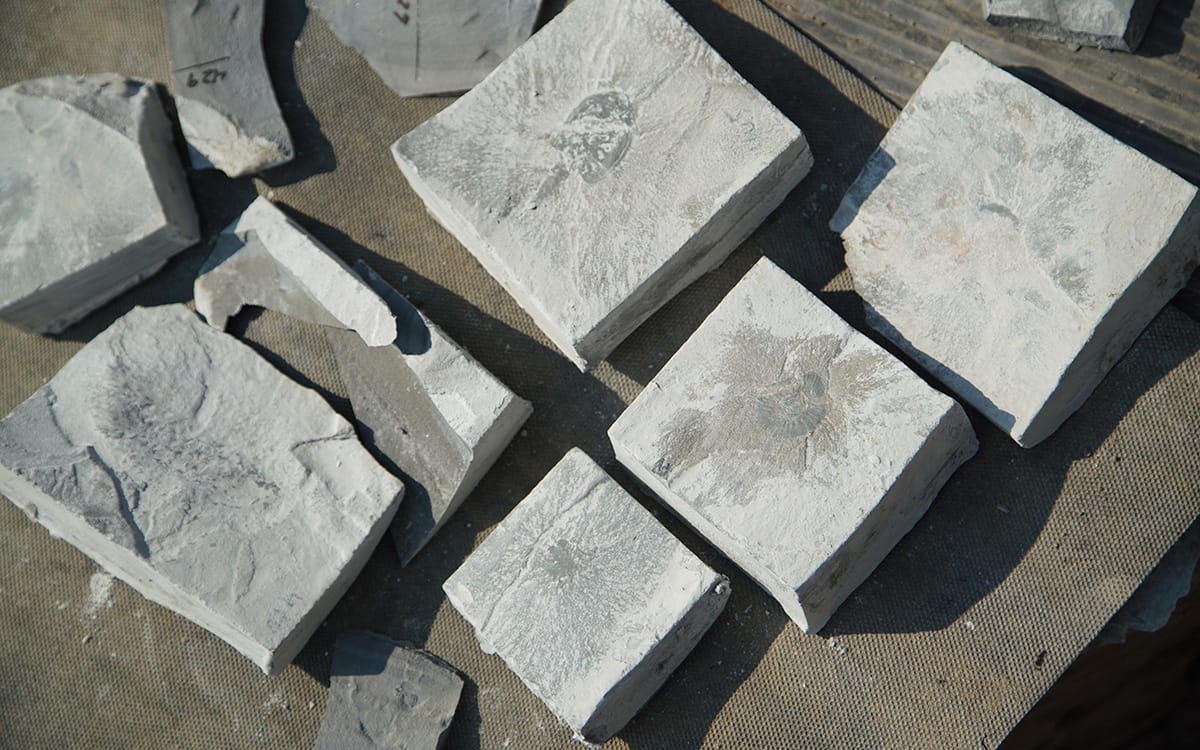 When we arrived at the quarry, Jean-Bernard made it clear that everyone was expected to work at the quarry, and this was a thrill. I had been teaching evolutionary history for more than 19 years, describing to students how life in the prehistoric seas was a testing ground where the familiar adaptations for life originally appeared. And now I was there, about to take a turn at revealing the raw evidence.

Seeing the diversity of the ancient seas

Evolution requires diversity — an integral feature of all life. Organisms trapped in the shale take a wide variety of forms and show many different ways of interacting with their environment. Only some of these forms had what it took to survive and reproduce. And only some of their subsequent offspring, as variable as their parents but with new abilities and bodies modified by evolution, were themselves successful enough to leave descendants.

There in the Burgess Shale, we could see the cousins of the creatures that gave rise to all animals, including those with backbones like us. These variations on an ancient theme help us understand the origins of key traits that define animal life today.

Diversity is usually hard to see in fossils, which are often scattered, damaged or poorly preserved. Not so at this site, where entire communities of ancient creatures were captured in mud, along with their predators and prey, and then entombed in rock. The animals of the Burgess Shale show us that the varying traits that define all the animals we know today — a worm as distinct from a fish, an insect or a shrimp — evolved in the deep past, half a billion years ago in Earth’s seas.

During my time in the quarry, I also saw an incredible combination of traits in the members of the ROM team. They were insightful scientists who excavated like construction workers, climbed like mountain goats and retained the gleeful excitement of children at each new discovery, a feeling I would also experience.

As I split open a rock Jean-Bernard had handed me, I was lucky enough to contribute to one of the most startling discoveries of the expedition, uncovering a fossil of a sharp ring of teeth, the fearsome mouthparts of an animal the crew would nickname the “spaceship” — one of the largest creatures ever found in the shale.

Watch First Animals on The Nature of Things.

Maydianne Andrade is a professor in the Department of Biological Sciences and acting vice principal academic and dean at the University of Toronto Scarborough.