Top Surgeon Tells Us About the Future of Transplant Medicine

Organ transplants will play a huge role in the future of medicine. “Transplantations replace organs that have failed and that is the future therapy for many types of diseases for which there is no more treatment,” says Dr. Steven Paraskevas, a multi-organ abdominal transplant surgeon and associate professor of Experimental Surgery at McGill University Health Centre. As he notes, there’s nothing to be done to rejuvenate a failed organ. “The kidneys that fail are basically destroyed and we have no way of fixing them. It’s not like treating a cancer where there are new therapies that might halt the growth of a cancer. You need a transplant and that’s why it represents a very important part of the future therapies for a number of diseases,” he says.

So if transplants are medicine’s future, where are we headed? 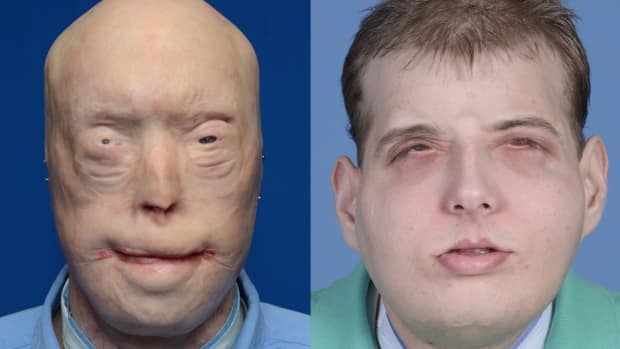 In 2015, it took 26 hours to complete the most extensive face transplant ever. Forty-one-year-old Patrick Hardison, a volunteer firefighter from Senatobia, Miss. received a new face, the one of 26-year-old bike messenger Dave Rodebaugh. Skin from Rodebaugh’s scalp, face and neck as well as bone around the nose and chin were donated to Hardison, who was injured in 2001 following a fire rescue. The tissue had to be fitted to Hardison’s facial structure and the nerves and blood vessels needed to be connected as well. While Hardison’s is the most extensive facial transplant ever executed, it’s estimated there have been just over 30 facial transplants done worldwide.

In 2015, researchers at the University of Wisconsin School of Medicine, in Madison, Wisc., reported that they have succeeded in growing functional vocal cord tissues in their laboratories. Although vocal cords may not sound high on the priority list, over 20 million North Americans suffer from voice impairments.

Vocal cords can be a tricky organ to replace since they need to be strong enough to hold up to the stress of transplantation yet flexible enough to vibrate, since vibrations are how we make sound. The researchers estimate that it could be between five and 10 years from the point when we will succeed with routine vocal transplants.

While it might garner some smirks, stool transplants are serious business and research on fecal microbiota transplantation could be a treatment for a variety of conditions. The transplant involves taking a sample of feces and inserting it into the colon of the recipient, a process that helps balance the bacteria inside the intestines. (Healthy digestive systems contain both “good” and “bad” bacteria.) Stool transplants — which are typically brief out-patient procedures compared to the long and complex operations and the extended hospital stays that traditional transplants require — may be a treatment for Crohn's Disease, ulcerative colitis, irritable bowel syndrome and Clostridium difficile (C. diff) infections. 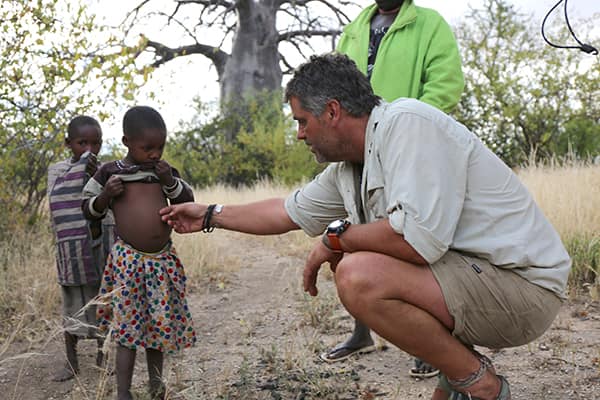 Jeff Leach in Tanzania with members of the Hadza tribe.

The newest area of research is in treating obesity with stool transplants. In Nature of Things documentary It Takes Guts, anthropologist Jeff Leach gave himself a fecal transplant from a Hadza man, a member of one of the last hunter-gatherer tribes in the world to study the impact of these bacteria on his own intestinal microbiome.

It’s not been done yet in people. As of 2015, Harbin Medical University’s Dr. Xiaoping Ren has completed roughly 1,000 head transplants on mice. Although the mice have generally survived only one day after the procedure, testing continues on how to extend their post-transplant lives.

The extremely intricate procedure involves a major hurdle — keeping oxygen supplied to the brain since oxygen-deprived brains suffer permanent brain damage. Although Italian neurosurgeon Sergio Canavero has faced harsh criticism for his plans to perform the world's first head transplant in 2017, the procedure remains at the experimental stage.

MORE:
Listen to an interview on The Current on Canavero's announcement

At the Texas Heart Institute, researchers are working with cadaver organs, which they prepare by “washing” them of their living cells.  And what's left? “Ghosts” says Dr. Paraskevas, who is  also the past president of the Ottawa-based Canadian Society of Transplantation. “Ghosts” are the connective tissue that used to be the organ,” he adds. Then, says Dr. Doris Taylor, who appears in Nature of Things documentary Vital Bonds, “We use stem cells to fill that matrix of connective tissue. It’s amazing — they seem to take cues and know where to go and what kinds of cells to become."

The work of regrowing human hearts is now showing promising results, and Dr. Taylor predicts that clinical trails with human patients will begin within five years. Learn about this research and see where transplant science is heading in Vital Bonds.